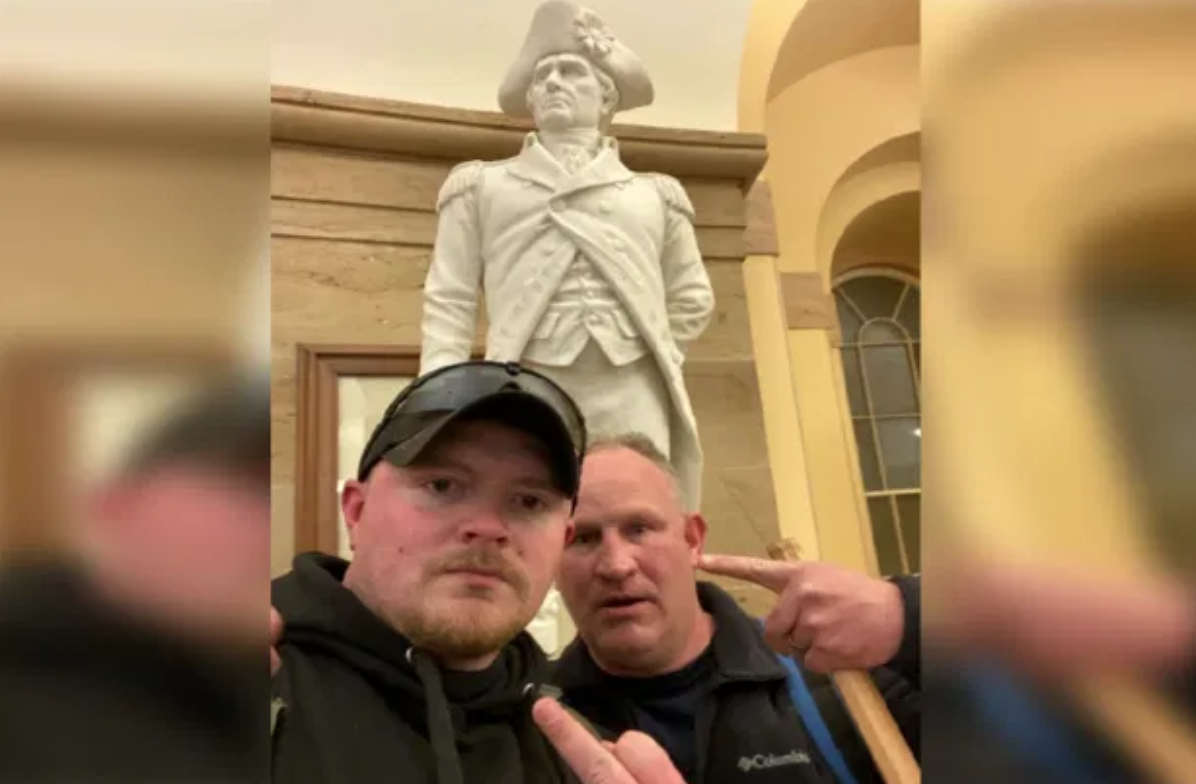 On Wednesday, two-off duty police officers were charged for illegally entering the U.S. Capitol after they uploaded a photo on social media, bragging that they have “attacked the government.”

The two cops were identified as officers Jacob Fracker and Thomas Robertson, who was stationed at the Rocky Mountain police in Virginia. In an announcement from the U.S. Attorney’s office, the two officers were arrested and charged with one count of knowingly entering or remaining in any restricted building or grounds without lawful authority. In addition, they were also charged with one count of violent entry and disorderly conduct on Capitol grounds.

According to the reports, the two were off-duty when they crossed state lines to participate in the Capitol riots. Just like the hundreds of MAGA supporters who joined the protest, Fracker and Robertson wanted to express their objections to the results of the presidential elections.

The U.S. Attorney cited that according to a criminal complaint, Robertson uploaded a photo online. In the post, the two were seen making an obscene gesture in front of a statue inside the government building. Robertson also added a caption by blasting left-wing media outlet, CNN, and noting that Democrats are “mad” because they have finally ”attacked the government.” The post also read, “The right IN ONE DAY took the f***** U.S. Capitol. Keep poking us.”

Roberson added that patriots should be unafraid to speak up and fight for their rights, “If you are too much of a coward to risk arrest, being fired, and actual gunfire to secure your rights, you have no words to speak I value,” he wrote.

Other patriots who have participated in the Capitol riots also addressed the accusations that were thrown at them. In a social media post, Adam Newbold, a retired Navy SEAL, denied that the people who stormed the Capitol are not “traitors” or “terrorists.” Newbold claimed that he felt the Democrats, and even some Republicans failed to understand the real message behind the riots. He also defended the fact that the only things that they have destroyed inside the building were the doors and windows since they needed to get in.

Finally, Newbold claimed that he regretted what had happened because of the consequences of the riots. Last week, things took a violent turn after the protesters were able to break inside the building. As a result, 14-year army veteran Ashli Babbit and a police officer died at the scene. Overall, five individuals lost their lives during the incident.