10 Republicans Voted for Trump’s Impeachment: “It Was Not a Hard Decision” 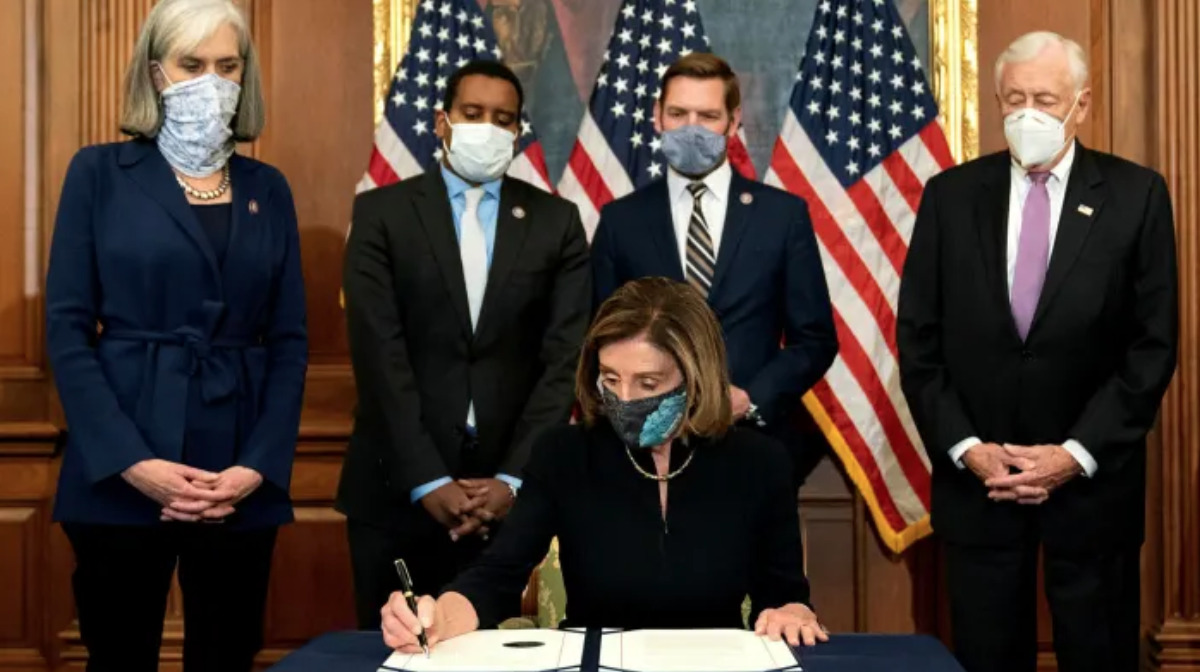 On Wednesday, ten House Republicans turned their back on President Donald Trump after they voted in favor of impeaching the U.S. President for his role in the recent Capitol riots.

In an interview for “PBS NewsHour,” Rep. Adam Kinzinger claimed that he did not have any difficulty in deciding whether Trump needed to be impeached, “Truthfully, it was not a hard decision.” He explained it was easy to find and present evidence against Trump since it was something that was “brought right to us.”

Other Republican Representatives also accused Trump of enabling the riots. In her speech. Rep. Cheney claimed that the “mob attack” on January 6 was clearly an attempt to hinder the certifying process in Congress. Cheney then declared that the failed attempt had only resulted in “injury,” “destruction,” and “death.”

The Republican lawmaker immediately pinned the blame on Trump. She accused the President of “assembling” the violent mob that had stormed the Capitol. Cheney believed that Trump could have easily stopped the protest but chose not to. Finally, she concluded by saying that the President had committed the greatest “betrayal” in history that any U.S. President has done.

Rep. Beutler also agreed with Kinzinger and Cheney. He declared that Trump’s action should be considered as an impeachable offense, given the mounting evidence that they have against him. Beutler continued by saying that while some Republican voters feared that Trump’s impeachment might increase more tension in the country, he believed that it is important to hold the President accountable for his own actions.

To make matters worse, even key Republican figures such as Senate Majority Leader Mitch McConnell had also decided to turn against Trump. In a report from the New York Times, McConnell’s staff confirmed that the GOP leader is finally “done” with the President. In fact, the staffer claimed that McConnell believed that the President had committed an impeachable offense and is relieved to know that the Democrats took the initiative to remove Trump. The source believed that McConnell saw the President’s impeachment as an opportunity to “purge’” him from the Republican party.

As a result, Trump is now labeled as the first President, who has been impeached twice. The resolution came after Pelosi attempted to invoke the 25th Amendment to remove Trump from the White House, just six days before his term finally expires.

Fortunately, Vice President Mike Pence defended the President by refusing to give in to increasing pressure to oust him. In his statement, Pence used the Democrat’s message of ”healing” against them by saying that impeachment is only a part of the left-wing party’s “political game” and does not serve the country’s best interest.