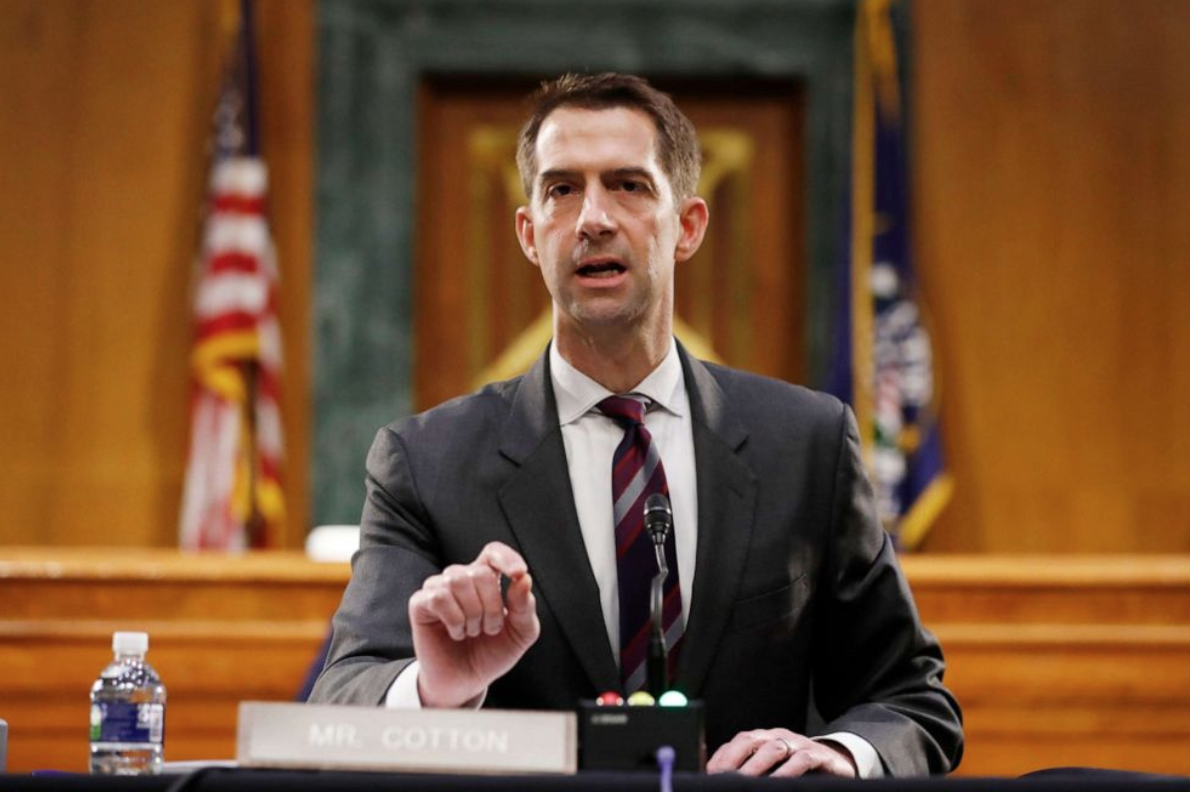 On Wednesday, Republican Senator Tom Cotton slammed President Donald Trump for refusing to concede with his election loss and demanded that the Commander-in-chief “quit misleading the American people” following the violent chaos that erupted in the Capitol.

In his opening statement in Congress, Cotton pinned the blame on Trump for inciting chaos. He also condemned Trump supporters who descended into the Capitol. In his speech, Cotton began by referring to the violent George Floyd riots led by members of the radical left-wing organization, Antifa, and protesters from the Black lives Matter movement.

He continued that today, “insurrectionists” were able to successfully take over Congress. The Republican Senator claimed that while the authorities were able to de-escalate the situation, he warned that the protesters will still have to face the “full extent of federal law” no matter what side they might be on.

Cotton also urged Trump to accept his electoral loss, “It’s past time for the president to accept the results of the election, quit misleading the American people, and repudiate mob violence.” He also blamed his fellow Senators and other Republican representatives for encouraging Trump to object to the Electoral College votes in an attempt to override former Vice President Joe Biden’s win. Finally, Cotton stood firm that despite the violence, nothing can stop Congress from certifying the results. The Senator’s statements came after thousands of MAGA supporters stormed the Capitol where the certifying process was taking place. The chaos erupted following a White House rally where the President gave his speech.

Cotton also went on to social media to express his condemnation against the Trump supporters. “Violence and anarchy are unacceptable,” the Senator wrote. He believed that as a “nation of laws,” it is important for the country to end the violence. He also sent out a message to the protesters, demanding that they should be held liable for the attack.

Violence and anarchy are unacceptable. We are a nation of laws.

This needs to end now. https://t.co/zyrFUFYZm1

Earlier this week, Cotton became the first Republican Senator who announced that he will not object to the certifying process in Congress. On the other hand, his fellow Senate Republicans led by Sens. Josh Hawley, and Ted Cruz declared that they are planning to challenge the results of the Electoral College votes, over allegations of voter fraud and election irregularities.

In a report from The Patriot Hill, Cotton believed that objecting to the results will provide a “dangerous precedent” to the country’s election. He argued that it will only provide more reasons and opportunities for Democrats to abolish the Electoral College, a system that provides smaller states a voice in the presidential elections.