4 Dead, 52 Arrested as MAGA Supporters Take Over the Capitol 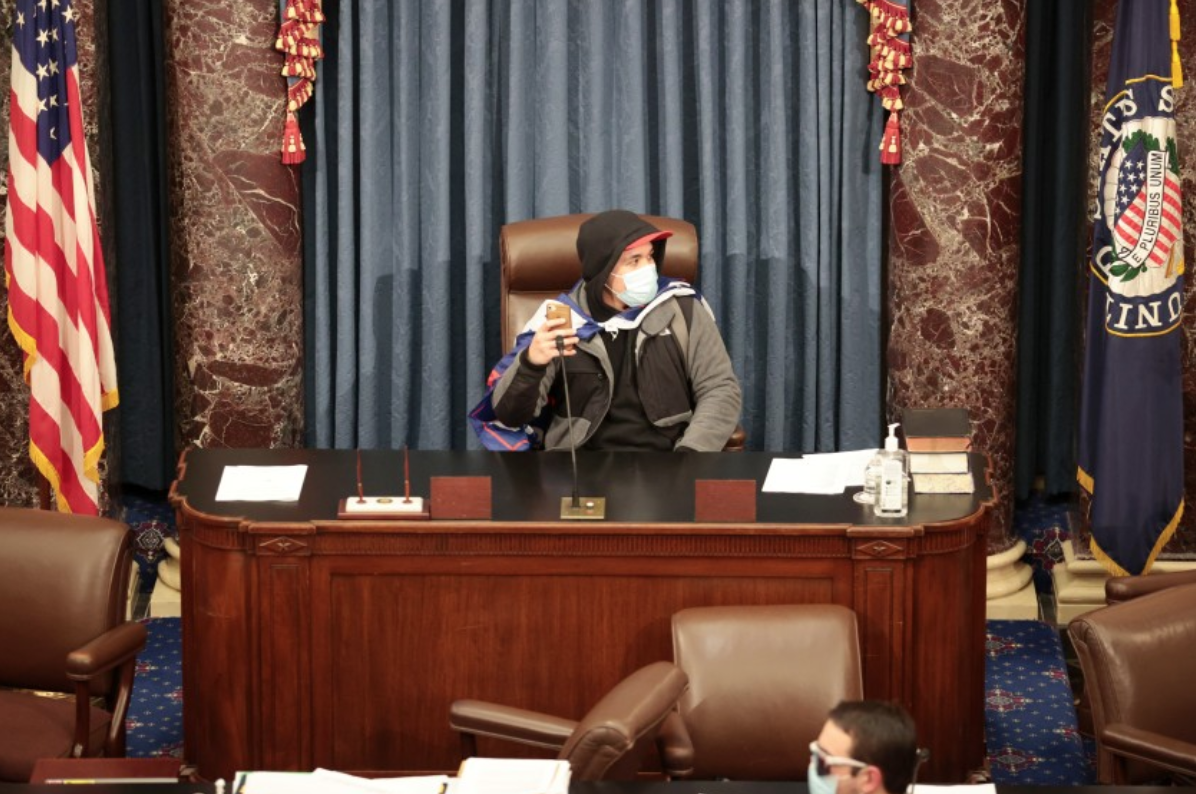 On Wednesday, hundreds of MAGA supporters stormed the U.S. Capitol at Washington D.C. as a part of the “March to Save America” rally. Unfortunately, the protest led to a violent altercation that resulted in four people’s deaths, including a navy veteran, and 52 arrests.

According to reports, the huge crowd was able to break the barricades and open the Capitol doors where the certifying process took place over former Vice-President Joe Biden’s election win. The protesters carried MAGA banners and flags to show their support for President Donald Trump, and objected to the dubious results of the Electoral College votes.

Among the fatalities was a woman. The authorities were able to identify her as Ashli Babbitt, a 14-year army veteran. According to KUSI, a local San Diego media outlet, the report cites an interview with Babbitt’s husband. He claimed that her wife was a true patriot, having served in four tours with the U.S. Air Force. He also added that his wife was considered a high-level security official.

In addition, he confirmed that his wife was a great supporter of the President. Babbitt died on Wednesday after she was shot in the neck inside the Capitol Complex.

#KUSINews has confirmed the identity of the woman shot and killed inside US Capitol.

The violent incident took place around 1 p.m. after a Stop the Steal rally at the White House lawn where Trump gave out a speech. The crowd had successfully destroyed barricades that surrounded the Capitol and were able to force their way inside by destroying doors and smashing windows.

Unfortunately, the group was met with the Capitol Police wearing full riot gear. The protesters called the authorities “traitors” after the officers refused to let them inside the Congressional session. Within an hour and a half, U.S. senators and representatives, along with Vice President Mike Pence, were evacuated and ushered outside of the building.

Once the group was able to enter inside the Capitol, they immediately took over and vandalized some of the Congressional offices, including House Speaker Nancy Pelosi. One MAGA supporter was even captured sitting comfortably at the Senate dais.

EXCLUSIVE: @ABC News has obtained a photo of one of two suspected explosive devices discovered in Washington, D.C., Wednesday. https://t.co/wKtx93uoLB

Meanwhile, just outside, several supporters showed their rage against the mainstream media. The group began tearing into several camera equipment, some of which belonged to the Associated Press. One MAGA supporter used a Trump flag to knock over lights and cameras that were positioned outside. Some of the cameramen tried to ward off the protesters, telling them to stay away from the equipment. A member of the crowd screamed through a megaphone, “F#ck you, propaganda! F*ck you!”

While the authorities were eventually able to contain the situation as officers escorted the protesters through the east and West doors of the Capitol building, a whopping 52 arrests were made. The aftermath of the altercation resulted in pieces of broken glass, broken benches, as well as first aid kits were littered on the floor.

More damage from the Senate wing of the first floor of the Capitol. pic.twitter.com/TNDycF0J5j

I’m inside the Capitol for @USATODAY. The aftermath of Trump rioters storming the building is jarring
Glass everywhere, dust blankets the ground, broken benches turned on their side, used medical kit with an IV & AED machine that was used on a woman who was squeezed in the chaos pic.twitter.com/aafYiH6GpD

Please support our Capitol Police and Law Enforcement. They are truly on the side of our Country. Stay peaceful!

Trump then posted another video, urging the protesters to go home.

The incident is considered the first time an insurrection has happened inside the U.S Capital since the British forces attacked and burned down the building in 1814.