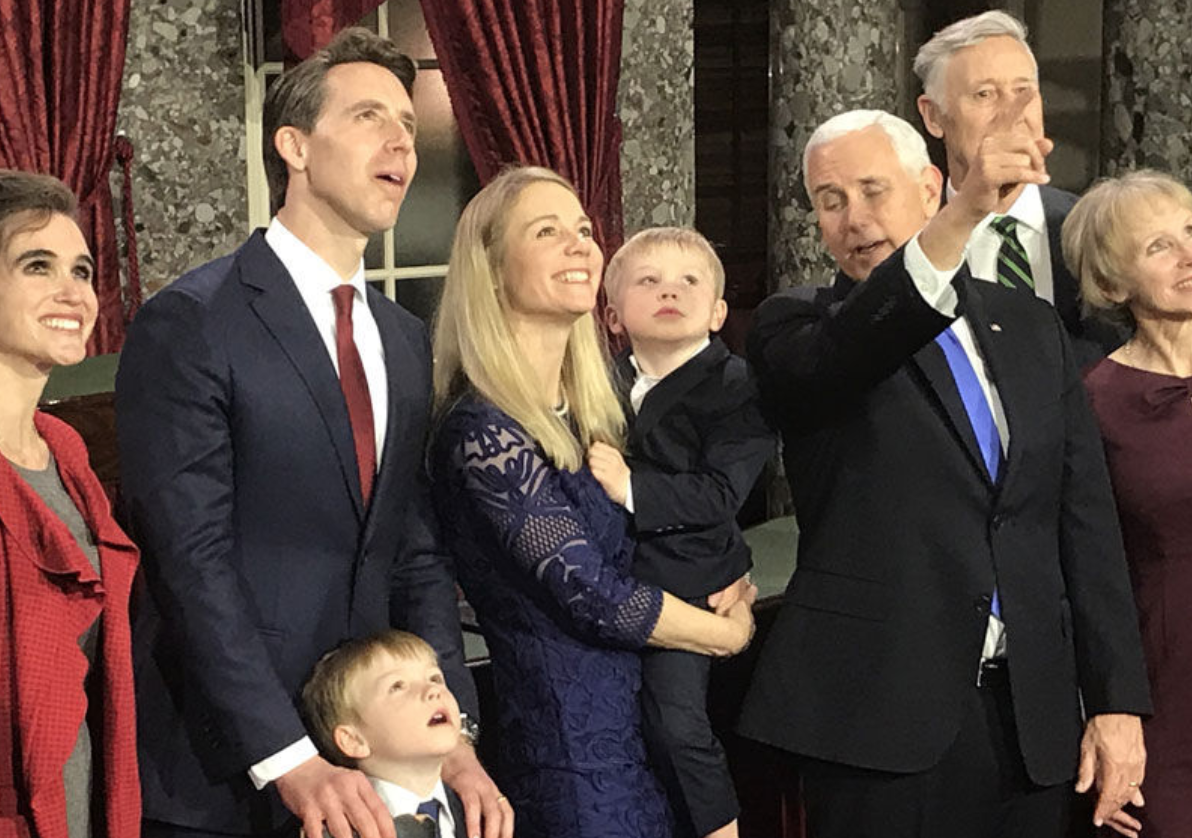 On Monday night, Republican Sen. Josh Hawley accused members of the radical left-wing organization Antifa of attacking his home and threatening his wife and newborn baby.

In a social media post, the Senator revealed that Antifa attacked his home in Washington, D.C. while he was away in Missouri. Hawley condemned the violence, saying that the radical-left wing supporters targeted his wife, and his newborn baby, both of whom are unable to travel with him.

He continued by saying that Antifa repeatedly pounded his door, screamed threats using a bullhorn, vandalized his property, and terrorized his entire family. However, Hawley stood firm by saying that he will not be intimidated by such threats and instead, sent out a clear message to the perpetrators, “Let me be clear: My family & I will not be intimidated by left-wing violence.”

According to a report from Newsweek, the attack was made by the democracy advocacy group called ShutDown DC. Newsweek wrote that the organization held a vigil against Hawley’s plans to challenge the election results. The radical Democrats lit candles and placed a copy of the U.S. Constitution at Hawley’s door. The group also chanted the phrase, “Shame! Shame on Hawley!” and “Protect Democracy from the GOP.”

The group went on to read messages from voters across America and declared that Hawley’s actions are both “undemocratic” and “unacceptable.” They believed that Republicans plan to “silence” the people’s voices. “This is an attempted coup waged by silencing the voices of people of color,” the group claimed.

The Senator made headlines when he became the first U.S. Senator who publicly declared his intention to contest the results of the Electoral College votes. Unfortunately, the GOP Senator received a lot of criticisms, not just from members of the Democratic Party, but as well as among his own party members.

In fact, the Senator even received criticisms from the retail giant, Walmart. In a social media post from Walmart’s corporate account, the company shockingly wrote, “Go ahead. Get your 2-hour debate,” along with the hashtag “#soreloser.” The company then immediately deleted the tweet. However, Hawley refused to stand back and responded by saying that the company should apologize for using “slave labor,” in reference to its use of Chinese laborers to manufacture cheaper products.

Thanks ⁦@Walmart⁩ for your insulting condescension. Now that you’ve insulted 75 million Americans, will you at least apologize for using slave labor? pic.twitter.com/oYJP4Cv2qE

Walmart immediately apologized to the Senator and explained that there might have been some confusion since the tweet was mistakenly posted by a member of their social media team. The company also claimed that they do not have any intention to “comment” on the certifying of the electoral college.

The tweet published earlier was mistakenly posted by a member of our social media team. We deleted the post and have no intention of commenting on the subject of certifying the electoral college. We apologize to Senator Hawley for this error and any confusion about our position.

Currently, around 100 Republican lawmakers have given their pledge to support President Donald Trump’s contention against the 2020 election results. The group planned to contest former Vice-President Joe Biden’s win on January 6.