Trump Continues to Insist He Won the GA Elections, Questions Over 11,000 Votes 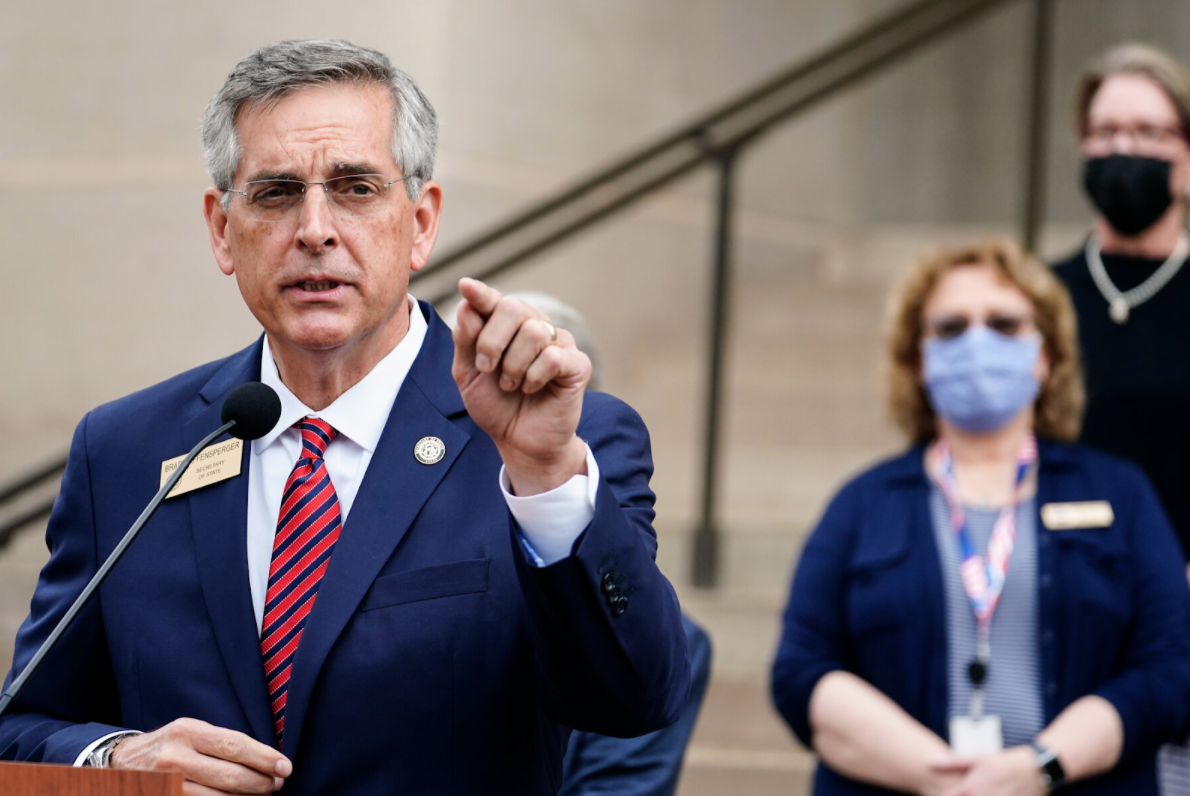 On Saturday, the Washington Post obtained a phone call between President Donald Trump and Georgia State of Secretary Brad Raffensperger, with the President continuing to insist that he had won in the state’s election.

Based on the phone call, Trump continued to pressure Raffenspoerger to recalculate the votes from the 2020 presidential election. The President also implied that there are nearly 12,000 votes which should have been cast in his favor. “I just want to find 11,780 votes, which are one more than we have because we won the state,” Trump said.

To back this up, Trump also spoke to Raffensperger’s lawyer, Ryan Germany, and presented data to prove that he had won in the state. “We have won this election in Georgia based on all of this and there’s nothing wrong with saying that Brad.” the President added. He also believed that the counting of ballots was incorrect.

Trump also did not push back in confronting Raffensperger about serious allegations on election irregularities. He cited that there are reports of shredded ballots in Fulton County. The President also alleged that the Dominion voting system, which was responsible for operating the automated election, had removed and replaced some of the voting machines in the state. “You should want to have an accurate election. And you’re a Republican,” Trump said.

Finally, Trump believed that Raffensperger knew about the election irregularities, however, he refused to report the case.

In the call, it seemed evident that the President was becoming really frustrated with Raffesnperger’s response and asked him to reconsider the results. In the audio, the President continued to insist that he had won the election, and it would be unfair for Georgia officials to take it away from him. In fact, the President warned that it would even be more costly for the state if they refused to do so, rather than going ahead and re-examining it.

In addition, Trump continued by saying that Georgia Republicans would be angry if he refused to act on these allegations. The President believed that the secretary of State’s repeated statements that the results were valid is only rubbing salt to the wound as he is making MAGA supporters angrier. Finally, Trump said that he would drop the numbers he had in his Georgia rally on Monday.

On Sunday, the President admitted that the phone call was legitimate. He went on to say that he called Raffensperger in an attempt to address the issue of “voter fraud in Georgia.” Unfortunately, Trump claimed that the Secretary of State was both “unwilling”, and “unable” to answer his allegation, including issues such as ballots being pulled under the table, issues of ballot destruction, and dead voters.

I spoke to Secretary of State Brad Raffensperger yesterday about Fulton County and voter fraud in Georgia. He was unwilling, or unable, to answer questions such as the “ballots under table” scam, ballot destruction, out of state “voters”, dead voters, and more. He has no clue!

In response, Raffesnnperger wrote that Trump’s allegations were “untrue” and that eventually, he believed that “the truth will come out.”

Respectfully, President Trump: What you're saying is not true. The truth will come out https://t.co/ViYjTSeRcC