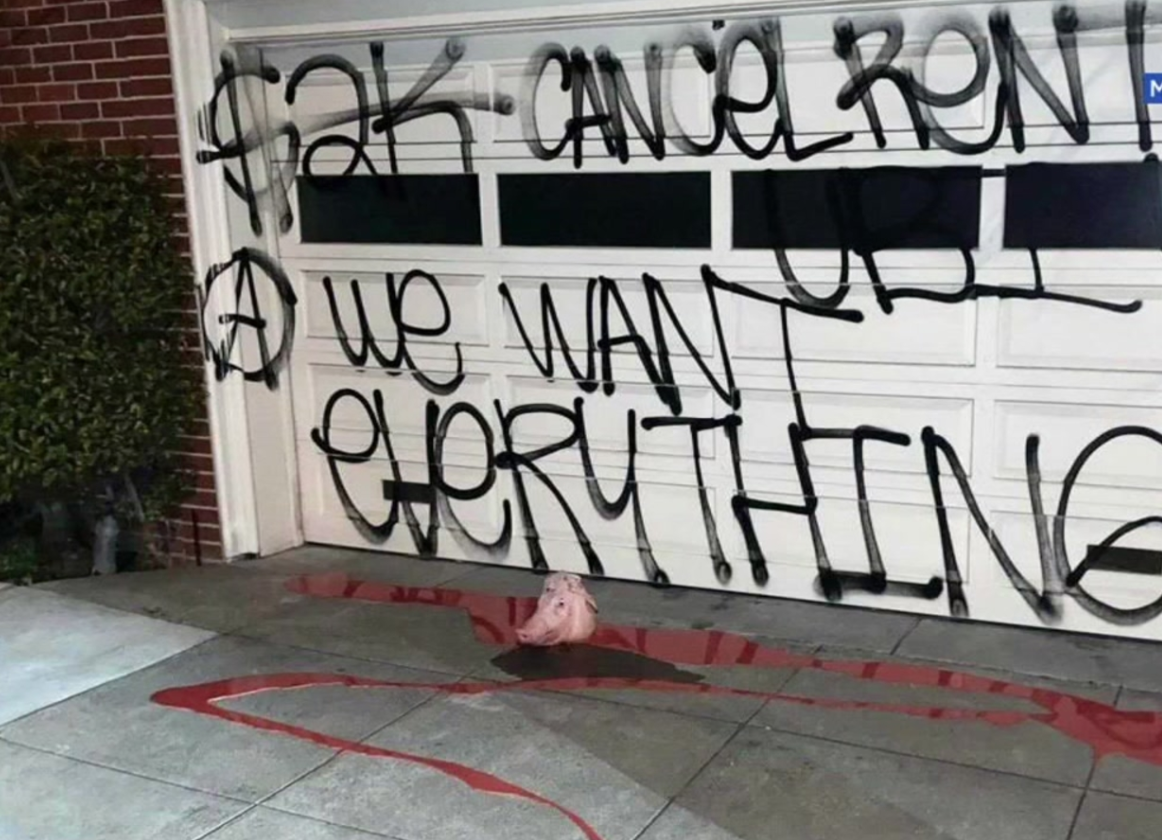 Nancy Pelosi’s house in San Francisco was vandalized. Someone painted graffiti on the house and left fake blood and a pig’s head outside of it. The graffiti left on the garage wall of the house said “CANCEL RENT!” and “WE WANT EVERYTHING!” The vandalism comes after Congress refused to pass the $2,000 stimulus checks for Americans in the middle of the pandemic.

Aside from the graffiti, the vandals also scattered fake blood in front of the property and left a pig’s head there. Maggie Vanden Berghe was able to post a picture of the vandalism on Twitter.

“BREAKING EXCLUSIVE: @SpeakerPelosi’s house VANDALIZED with red paint, PIGS HEAD & spray-painted message “$2K (crossed out)… CANCEL RENT… WE WANT EVERYTHING”. City called to clean up at 3 am & police attempting to stop photos of scene. Media SILENT,” according to the tweet.

Employees of the city have been called out on the scene to clean it up. Police have also been called to the scene mainly to keep the media and ordinary people from taking pictures of the scene. It seems that there is an arrangement with the mainstream media not to report the vandalism since no major new media outlet has reported it.

The garage door was quickly covered up to prevent other people from taking pictures of it. There are no suspects yet that have been arrested for the vandalism. Entertainment website TMZ was one of the few outlets that have reported about the incident. “Law enforcement sources tell us … San Fran cops responded to a vandalism call at Pelosi’s home around 3 AM. We’re told a police report was taken, but it’s unclear if they have any suspects,” according to the report from TMZ.

This is just the latest evidence that Americans are becoming increasingly dissatisfied with the measures being pushed by the Democrats to deal with the pandemic. The Democrats that $2,000 was too much for ordinary Americans and decided that $600 should be enough while deciding to give billions to the large companies.