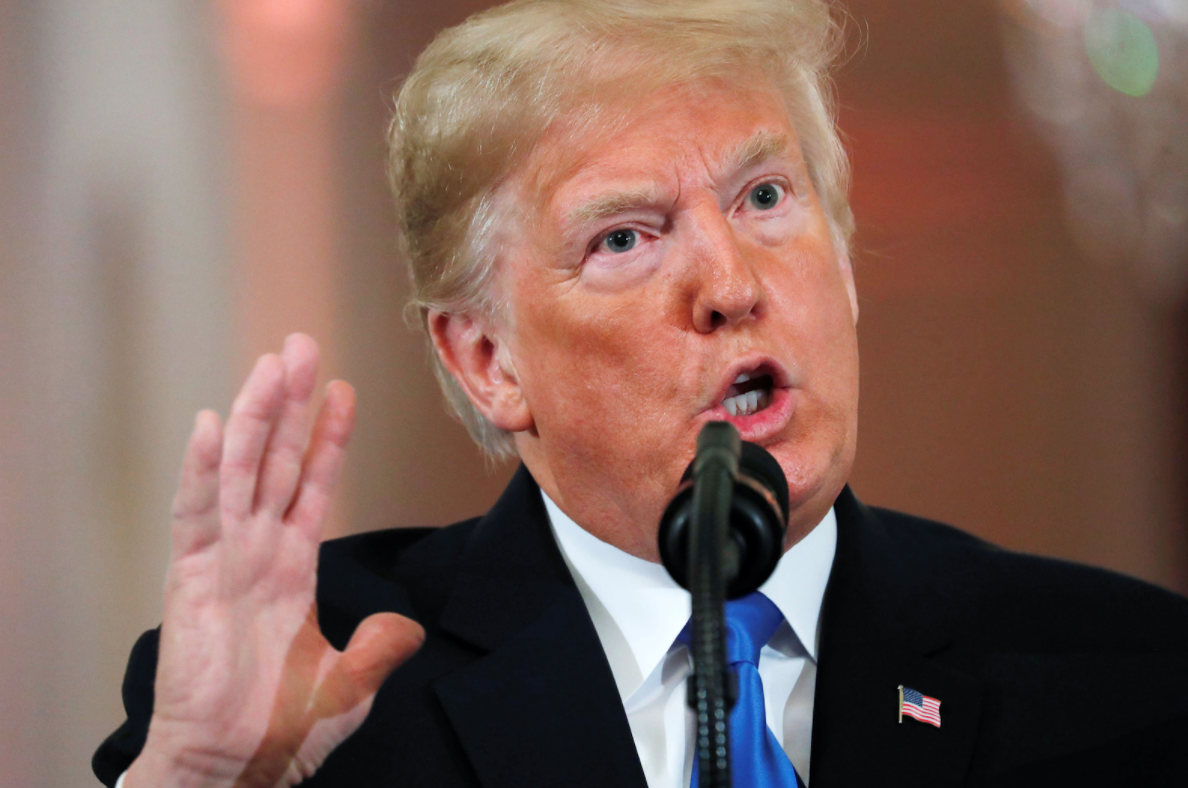 On Tuesday, President Donald Trump was furious after Senate Republicans failed to pass a bill that would increase the stimulus checks for every American household from $600 to $2,000.

In a social media post, Trump slammed GOP as well as Senate Majority Leader Mitch McConnell after they blocked a vote that would increase the coronavirus relief payments. In his statement, Trump claimed that the Republicans had signed their “death wish” after they failed to approve the increase in direct payments. He wrote, “Unless Republicans have a death wish, and it is also the right thing to do, they must approve the $2000 payments ASAP. $600 IS NOT ENOUGH!” he tweeted.

Unless Republicans have a death wish, and it is also the right thing to do, they must approve the $2000 payments ASAP. $600 IS NOT ENOUGH! Also, get rid of Section 230 - Don’t let Big Tech steal our Country, and don’t let the Democrats steal the Presidential Election. Get tough! https://t.co/GMotstu7OI

The President immediately responded after the House in a 275-134 vote agreed to increase the relief payments on Monday. Several Republicans agreed with the President, including Republican Missouri Sen. Josh Hawley. The incumbent Georgia Sens. Kelly Loeffler and David Perdue also expressed their support for the increase, ahead of the heated run-off elections.

Trump had originally lobbied for $2,000 relief payments. However, despite his hesitations, the President signed the $2.3 trillion stimulus bill on Sunday which would provide $600 paychecks to American families. During his signing, deputy press secretary Judd Deere shared the President’s statement in which he urged Congress to have a “less wasteful spending.” Trump then suggested increasing the $600 paychecks to $2,000 and an additional $600 per child.

Statement from President @realDonaldTrump: “As President, I have told Congress that I want far less wasteful spending and more money going to the American people in the form of $2,000 checks per adult and $600 per child.”

House Speaker Nancy Pelosi agreed with Trump’s suggestion and called the House into the session. In her statement, Pelosi claimed that a vote against the stimulus check would be like depriving Americans the much-needed support during the economic crisis. Even Senate Minority Leader Chuck Schumer taunted Republicans by saying that no Democrat would oppose the increase, “Will Senate Republicans?” he asked.

The House will pass a bill to give Americans $2,000 checks. Then I will move to pass it in the Senate.

No Democrats will object.

Despite the arguments on the amount for the stimulus check, U.S. Treasury Secretary Steve Mnuchin happily announced that Americans are expected to receive $600 direct payments as early as Wednesday. In a social media post, Mnuchin claimed that the Treasury Department had delivered a payment file to the Federal Reserve to release the stimulus checks. Moreover, American families are also entitled to receive $600 per child.

Paper checks will begin to be mailed tomorrow. Later this week, you can check the status of your payment at https://t.co/pFBzGzK8mD. (2/2)