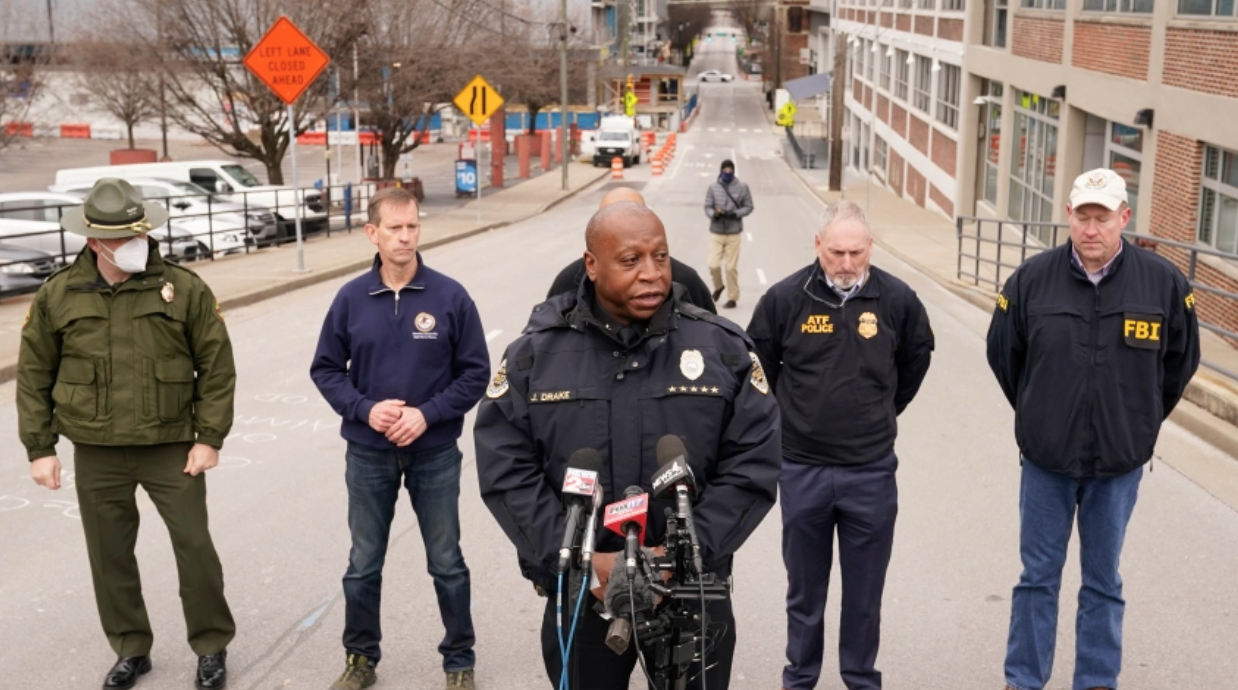 Authorities in Nashville have a person of interest for the bombing in the city on Christmas. Federal agents have converged on the home of a possible suspect. Authorities are also going through hundreds of tips and leads. Authorities have yet to identify a motive behind the bombing, which appears to have been planned to minimize human casualties.

Christmas morning along the Nashville street that is fronted by restaurants and bars was disturbed by a recorded message coming from an RV that a bomb is about to explode and that people should evacuate. That was followed by a countdown and then the blast. The explosion heavily damaged an AT&T building, which affected communications in several states.

Investigators went to a home in Antioch, a suburb of Nashville, after receiving a tip that was relevant to the ongoing investigation. Reports say that a man associated with the property has been identified as a person of interest. Several federal agents could be seen going inside the property and around it.

According to reports, the same property on Google Maps shows an RV similar to the one used on the bombing. It seems that the same vehicle could not be seen there now.

Investigators claim that they are looking into several persons of interest regarding the incident though they did not elaborate on what they know. Authorities also report that there are no additional explosives found in the area of the blast, which means there is no immediate danger there.

Douglas Korneski, the special agent in charge of the FBI’s Memphis field office, assured people that they are on top of the case during a news conference. “It’s just going to take us some time. Our investigative team is turning over every stone,” Korneski said.

The only known casualties of the blast so far are three persons who were injured. The damage to the infrastructure was felt widely mainly because of the effect on the AT&T office. It took down a lot of vital communication services. This has led to speculation that the actual target was the AT&T building, and the bomber’s motive is somehow connected to the communications company.

The mayor of Nashville has imposed a curfew in the city’s downtown area until Sunday to limit the access of the public to the blast site as the investigation is still ongoing. The efforts to bring back the services of AT&T’s services are still ongoing.