SHOCKING: Thousands of Ballots Pulled From Suitcases in GA 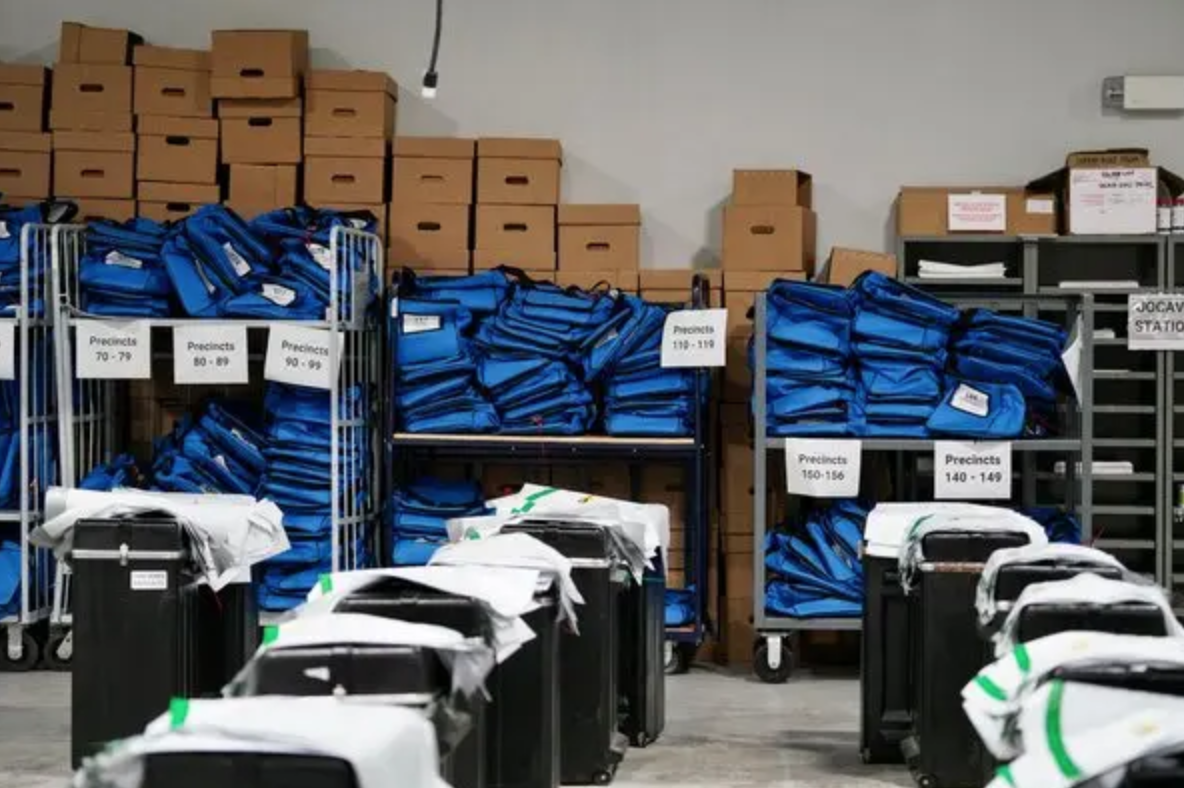 On Thursday, one of President Donald Trump’s legal representatives, Jacki Pick, dropped a shocking report after video evidence showed how an election officer pulled a suitcase filled with absentee and military ballots when the press and GOP observers had already left the room.

Pick, who was serving as a Trump legal volunteer, appeared before the Senate to present the evidence. Based on video surveillance, an election official was caught pulling a huge stash of ballots under the table. Pick explained that the incident occurred around 10:30 p.m to 1 a.m. at the State Farm Arena.

They also presented a witness who testified that a supervisor, whom she described with “blond braids” asked the media and other poll workers to leave the room. The witness claimed that only four people were allowed inside the room where they were told to continue counting the votes. Pick asked, “So what are these ballots doing there separate from all the other ballots, and why are they only counting them whenever the place is cleared out with no witnesses?”

In her statement, Pick believed that there are approximately 13,000 ballots that were in the suitcase, enough to flip the election results. Moreover, Pick urged the Senate that the video further strengthens the affidavits from witnesses who claimed that election fraud and irregularities had taken place.

Another member of the President’s legal team, Jenna Ellis, wrote in a social media post that the incident is proof of ”fraud.” Ellis posted, “Room cleared at 10:30 pm. 4 people stay behind. Thousands of ballots pulled from under a table in suitcases and scanned.”

The VIDEO EVIDENCE being shown in the Georgia Senate Hearing is SHOCKING.

Room cleared at 10:30pm. 4 people stay behind. Thousands of ballots pulled from under a table in suitcases and scanned.

s the President launched several lawsuits to question his opponent, former Vice-President, Joe Biden’s win, his legal team also uncovered several irregularities in other states such as Nevada. In a lawsuit filed on Thursday, the team alleged that there are thousands of double votes and votes coming from dead people.

In a statement by Trump campaign attorney Jesse Binnall, he told Judge James Russell that 1,506 votes from the recent elections came from deceased voters. Worse, Binnall alleged that over 40,000 voters had voted twice, while another 20,000 had an invalid address. The team also argued that Nevada election laws allow election officials to send ballots to voters without submitting any ballot requests.

If the team’s allegation is true, then the number of votes is enough to overturn Biden’s 33,596 vote advantage against the President. The President’s legal team seemed well prepared as they shared a video that shows the stacks of binders that the team had prepared as evidence. The evidence also includes how election officials were able to change the results overnight.

We have 20 binders containing 8,000 pages of evidence that will be presented in just a few minutes showing what took place this election in Nevada! pic.twitter.com/oOEpl4HCCW

In a 45-minute video, the President also claimed that he would not allow Biden to take over and be the country’s next President if any of the team’s allegations will be proven true.