Veteran Shot Dead in Front of His Family During Patriot Rally 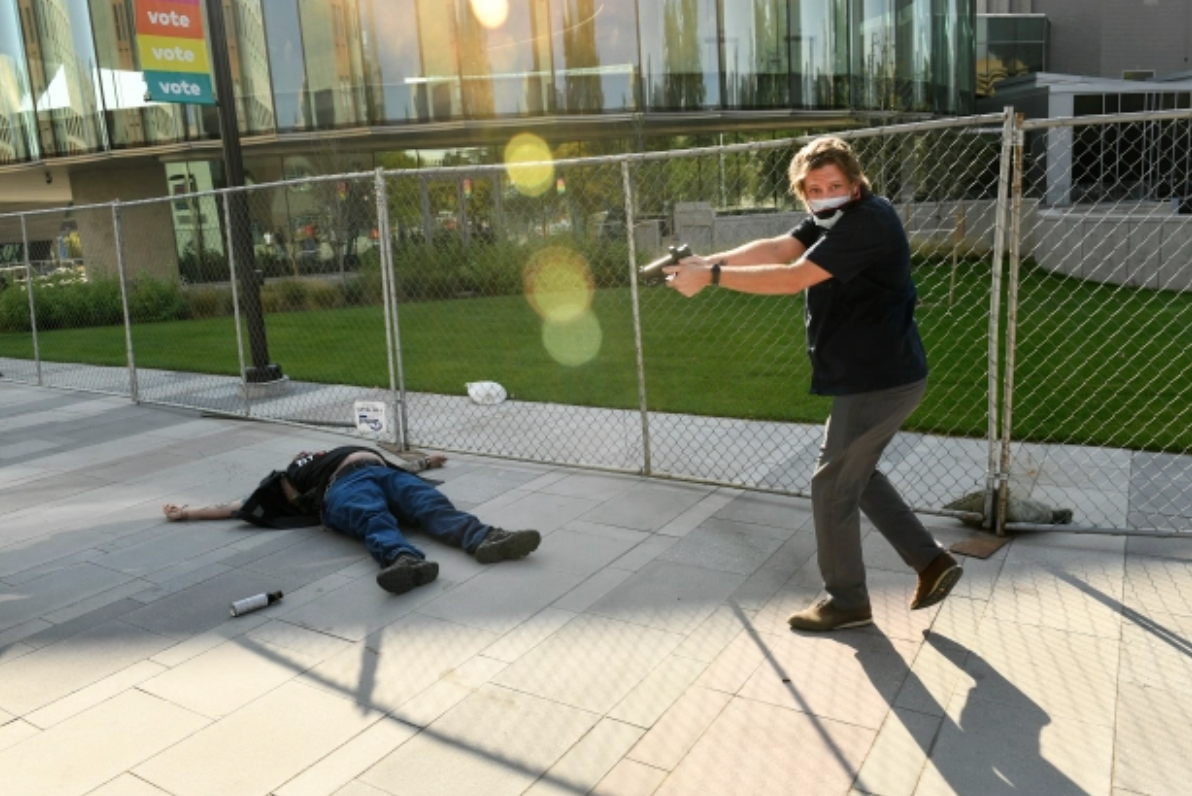 On Saturday, a U.S. veteran was shot dead by a private security guard during a Patriot rally in Denver.

According to police reports, the victim, a U.S. veteran, and a pro-police supporter was shot dead by a private security guard employed by a Denver news station. At that time, the guard was ordered to protect the media staff during the rally.

In a social media post, the Denver police reported that they are currently investigating a homicide incident at the Courtyard by the Art Museum in Denver. Law enforcement officials wrote, “ 1 victim transported to the hospital their condition is unknown, 1 suspect in custody .”

UPDATE: 2 suspects are now in custody in relation to this shooting .

The police officers then issued an update, stating that they have already identified the alleged shooter. The 9News NBC Denver confirmed that the gunman was a private security guard hired by their station. In an initial report, the NBC affiliate claimed that two of their employees, a 9News producer, and a private security guard, were taken into custody in connection to the shooting incident. At first, 9News wrote that they were not involved with the victim’s death, but were only considered as a “person of interest.”

Update: Further investigation has determined the suspect is a private security guard with no affiliation with Antifa. Additional information will be released as it becomes available.

A few moments later, the media outlet added that the producer was eventually dropped as a suspect while the security guard remains in police custody. They claimed that they had hired him for several months as a private security guard to accompany their staff during violent protests.

Unfortunately, the violent incident was caught on video. Based on the footage, a cloud of orange mace was released after the guard fired the gunshot. Fortunately, the incident happened about 25 yards away from police officers which allowed the authorities to respond quickly and apprehend the private guard.

Before the shooting, the social media user filmed the victim engaging in a confrontation with a man wearing a “Black Guns Matter” shirt. The man was not involved with the incident. As the victim walked away from the camera, the person filming the entire incident captures the victim falling to the ground from the gunshot wound. The Denver Post also confirmed that the shooter sprayed mace at the victim, and shot him with his handgun.

Sadly, the victim’s grandson saw the entire shooting incident. In a Facebook post by his mother, Carol Keltner, the family member recounted the event leading to the shooting. In her post. Keltner described the victim as a military veteran, a loving father, and a patriot. She also went on to explain that the victim attended a patriot rally with his son. Unfortunately, during the protests, a BLM activist said “a few nasty words” against the victim and shot him in the head. “He was murdered because he backed the police,” she continued. Keltner added that the victim’s son was heartbroken and horrified after witnessing his father’s death.