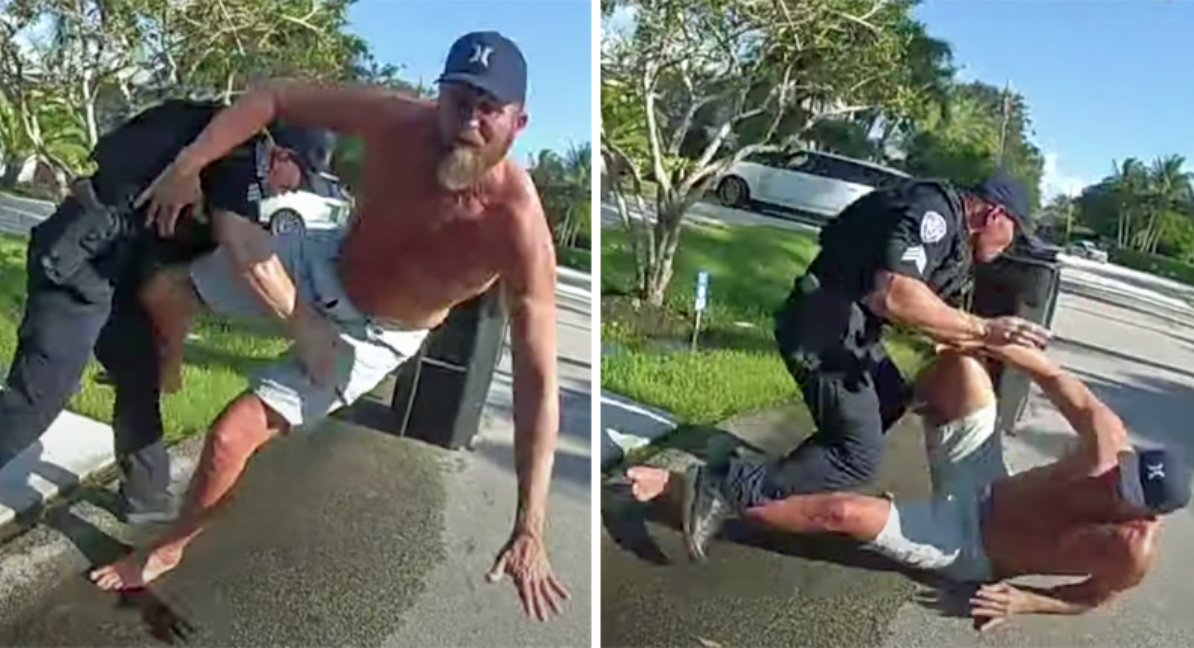 In the footage, law enforcement authorities tackled a shirtless Parscale to the ground and handcuffed him. However, the former Trump aide continued to scream, pleading that he did “not do anything”. Shortly after the arrest, authorities had taken Parscale to a hospital after he threatened to harm himself.

The incident took place after Candice, Parscale’s wife, made a domestic call to law enforcement officers. She explained that her husband had loaded a weapon after they had an argument. She also described the former campaign manager as having a sort of mental breakdown, noting that he had gone increasingly “crazy” and “irate.” Candice claimed that she immediately fled the home after Parscale loaded a gun and pointed it at her. Overall, law enforcement officers had confiscated ten firearms inside his home.

During the arrest, Parscale threatened to harm himself. The former Trump campaign manager was later taken to a hospital in Fort Lauderdale.

The former campaign manager had played a significant role in Trump’s 2016 win. However, Parscale recently saw a huge dent on his career after the President re-assigned him following the disappointing Tulsa rally, where allegedly, thousands of left-wing supporters made reservations which left the stadium half empty. The President then re-assigned Parscale as the senior adviser for data and digital operations.

Unfortunately, Parscale’s breakdown was mocked and laughed at by Democratic supporters, despite being the top advocates for mental health awareness. In a social media post, Democrat congressional candidate Bob Lynch lashed out against the former Trump campaign manager. Lynch wrote, ‘“F*** Brad Parscale. The business of separating innocent refugee babies from their parents, stripping women’s rights, selling our country to the Russians.” He also claimed that murder had become the administration’s business.

Fuck Brad Parscale. The business of separating innocent refugee babies from their parents, stripping women’s rights, selling our country to the Russians, and on and on should take a toll. It sure did on those innocent families. Killing is Trump/DeSantis’ business https://t.co/fouUDMWFVV

In a now-deleted tweet, John Heilemann also claimed that somehow, Parscale deserved what had happened to him.

Trump’s campaign team immediately addressed the hateful comments about the former campaign manager. In a statement, Tim Murtaugh, Director of Communications, said, “Brad Parscale is a member of our family, and we all love him.” He also condemned the personal and “disgusting” attacks that Democrats had made.