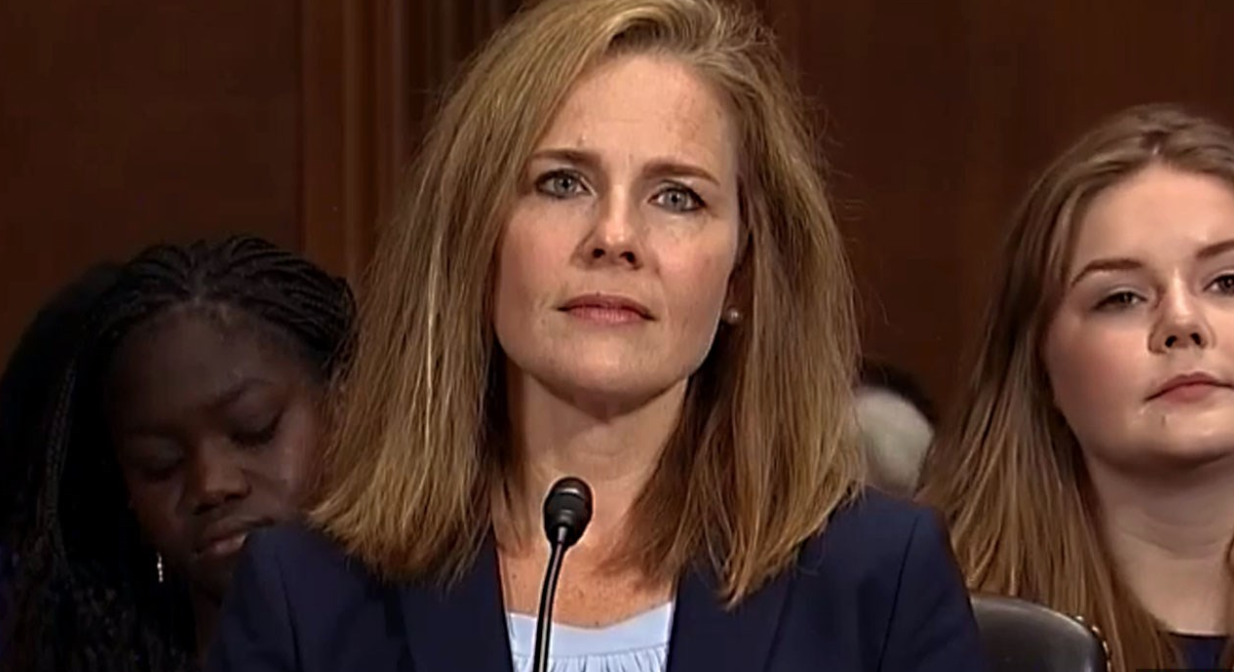 On Saturday, President Trump announced that he has picked Judge Amy Coney Barrett to fill the Supreme Court seat that was vacated after the death of Justice Ruth Bader Ginsburg. The President said that choosing justices for the Supreme Court was “one of his highest and most important duties” and he also took note that it was his third Supreme Court pick. The President made the announcement at the Rose Garden. The conservative audience was thrilled when Trump appeared with Judge Barrett and her family.

“She is a woman of unparalleled achievement, towering intellect, sterling credentials, and unyielding loyalty to the Constitution,” the President said as he introduced Barrett to the audience.

“I love the United States, and I love the United States Constitution. I am truly humbled by the prospect of serving on the Supreme Court,” Barrett said. The President’s choice shows that he did not deviate from the idea of choosing another woman to replace Ginsburg. The choice would also make it more difficult for the Democrats to concoct a false accusation that they can throw against her like what they did with Justice Brett Kavanaugh.

Barrett was reportedly shortlisted the last time that the President picked a Supreme Court justice when Kavanaugh was chosen. The President was supposed to have been impressed by her and have noted that she would be an excellent choice in the future. The choice of Barrett as justice is a major win for conservatives. Her public pronouncements and legal decisions regarding issues like abortion and gun control are very encouraging for them.

Barrett’s conservative and constitutionalist stance is outraging the leftists even more. That’s on top of the anger that they are feeling over the President ignoring what was supposed to be Justice Ginsburg’s last wish, which is that she should not be replaced until a new president is inaugurated. The leftists are counting that Biden will win the election so they can have another leftist justice in the Supreme Court.

Already, the Democrats and their media allies are looking for ways that they can attack Barrett. They are accusing her of being a member of a cult. They are also digging up how she was able to adopt her children from Haiti. They have even started accusing her of being a racist, saying that just because she has black children does not mean she’s not racist. For sure, there will be more attacks on Barrett’s character as the fight for her confirmation goes on.