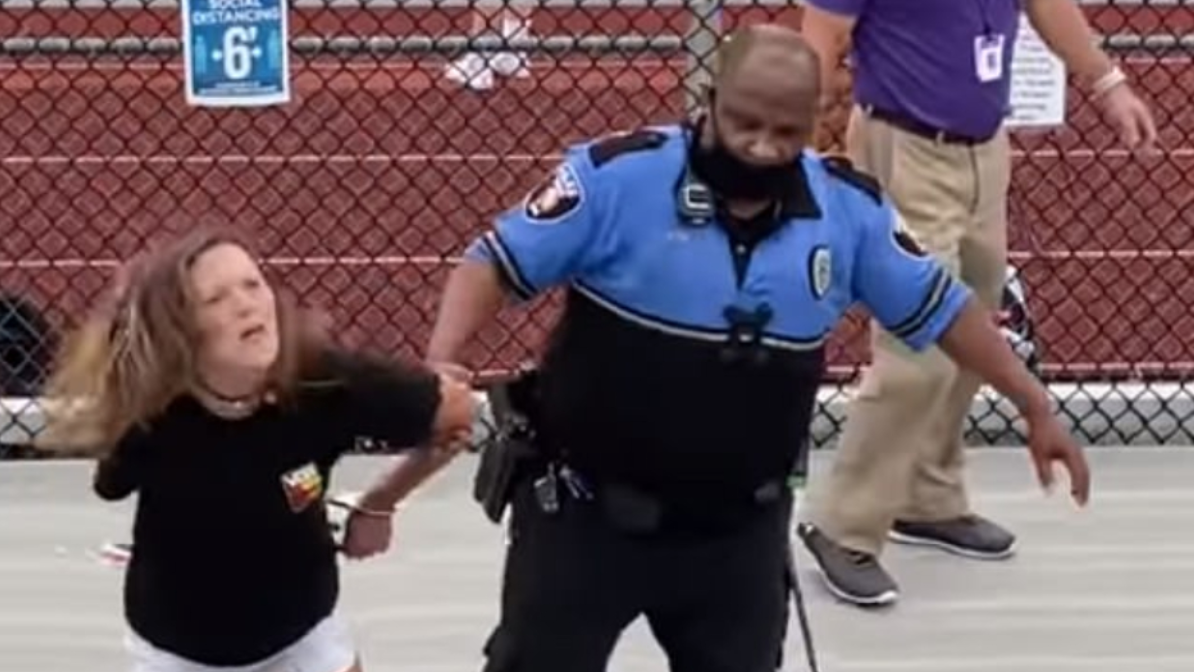 On Wednesday, a police officer tased and handcuffed a woman who failed to wear a mask while attending a Logan High School football game in Ohio.

The woman, who was identified as Alecia Kitts, drove from Marietta to Logan to watch her son’s football game. Unfortunately, the entire event was disrupted after a police officer barged into the scene.

The entire incident was caught on video by Tiffany Kennedy. She explained that Kitts did not wear a mask since she had asthma. She also claimed that the police officer immediately arrested the Ohio mom without giving any warning, “There is no reason to tase someone and arrest them for not wearing a mask.” In the video, Kitts could be heard screaming and resisting the arrest while a large male officer was wrestling her. “Don’t touch me!” The Ohio mom continued, “Get off of me! I will not put my hands behind my back!”

Unfortunately, Kitts was also slapped with additional charges including criminal trespass. Currently, the Logan Police Department cited that the entire incident is under investigation. The school also tried to defend the officer’s action. In a statement from Logan Athletic Director Theresa Schultheiss, she claimed that wearing masks had been implemented as a statewide order and that several notices were already placed around the field. She also claimed that people in the ticketing booth had told everyone to wear a mask, as well as a PA system, which had constantly reminded the attendees to wear face coverings.

Monte Bainter, superintendent of the Logan-Hocking Local School District, also confirmed the incident and admitted that the police who were caught on video was the assigned school resource officer. However, the school superintendent also argued that Kitts failed to comply with the mandatory face mask. Bainter reasoned out that when the officer asked her to leave, Kitts refused to do so, leading to her violent arrest. The superintendent refused to provide additional comments regarding the incident.

This is not the first time that a violent incident had taken place after local residents failed to comply with the mandatory face mask. In Arlington Virginia, a 9-year-old boy, Lancinet Keita, was immediately sent home after he sneezed. The boy’s father also reported that the school advised him not to return to school unless he received a COVID-19 test.