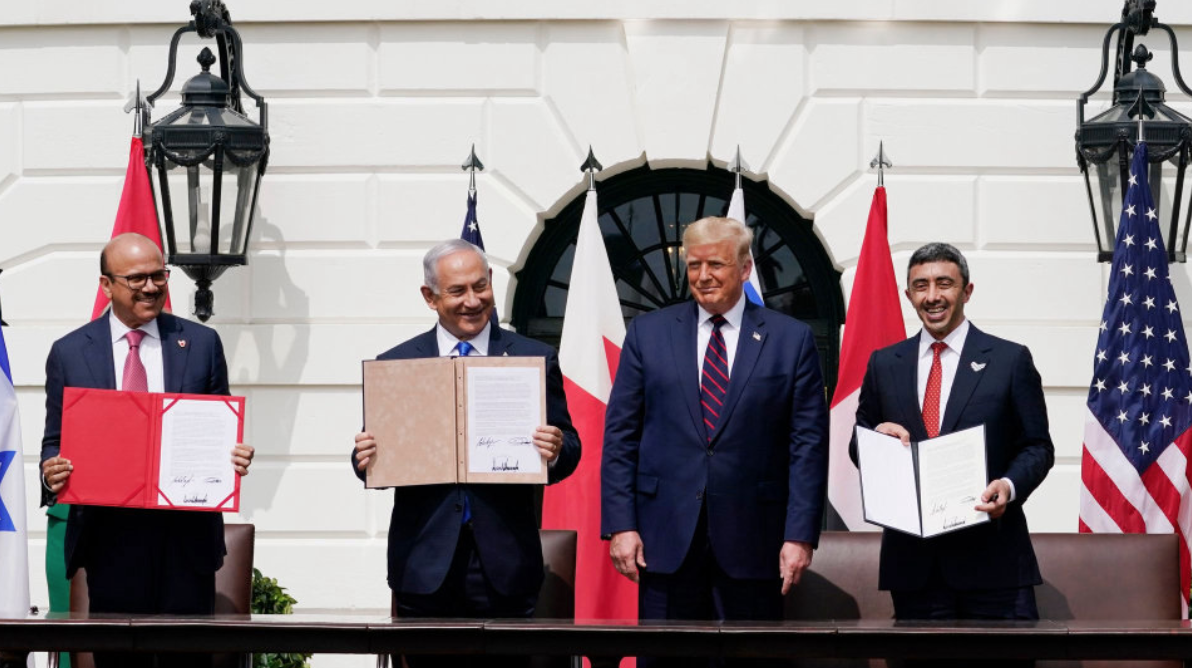 The peace deal called the “Abraham Accords” was inspired by the common ancestor in three major religions in the world, Judaism, Islam, and Christianity. The peace deal was meant to achieve a “full normalization” between the three countries. The deal would also strengthen diplomatic relations as it will establish an embassy in Israel and exchange ambassadors.

In addition, the deal would promote religious tolerance and freedom as it will also open historic sites such as the Al Aqsa Mosque in Israel to the Muslims

The elaborate event was held at the White House South Lawn. In addition, Trump delivered a speech from the WH South Portico. In his statement, the President claimed that the unprecedented event would “change the course of history.” He continued, “After decades of division and conflict, we mark the dawn of a new Middle East.” A large crowd cheered and applauded Trump.

The President also declared that the three countries would work together as “friends.” Breaking the culture of violence and terrorism, the President vowed, “the Middle East will no longer allow hatred of Israel to be fomented as an excuse for radicalism or extremism.” He also recalled his first trip to the Middle East in 2017. The President believed that after decades of armed conflict, it is now time for countries to reject terrorism.

Other countries have also expressed their interest in joining the peace deal. In his speech, Trump noted that around seven to nine countries confirmed that they wanted to also belong in the historic deal, including Saudi Arabia.

President @realDonaldTrump's leadership led to historic peace deals in the Middle East between Israel and the United Arab Emirates and Bahrain and Israel.

Today President Trump adds, "At the right time, I do think [Saudi Arabia]" will make a deal.

Joe Biden could never do this. pic.twitter.com/KIiXUkMV0B

However, despite the President’s historic feat, U.S. mainstream media continued to deny Trump’s success. Instead, they used it as an opportunity to promote their own left-wing propaganda. In a CNN report, the media outlet criticized the President for holding a large crowd amidst coronavirus concerns.

CNN anchor Brooke Baldwin altogether hid the importance of the said event and only focused on the allegations against Trump’s incompetence in handling the coronavirus crisis, an issue that has nothing to do with the celebration.

Baldwin claimed that Trump’s incompetence and constant “denial of science” led to 195,000 deaths and a total of 6.5 million COVID-19 cases. She then lamented that Trump continued to hold large gatherings despite health concerns.