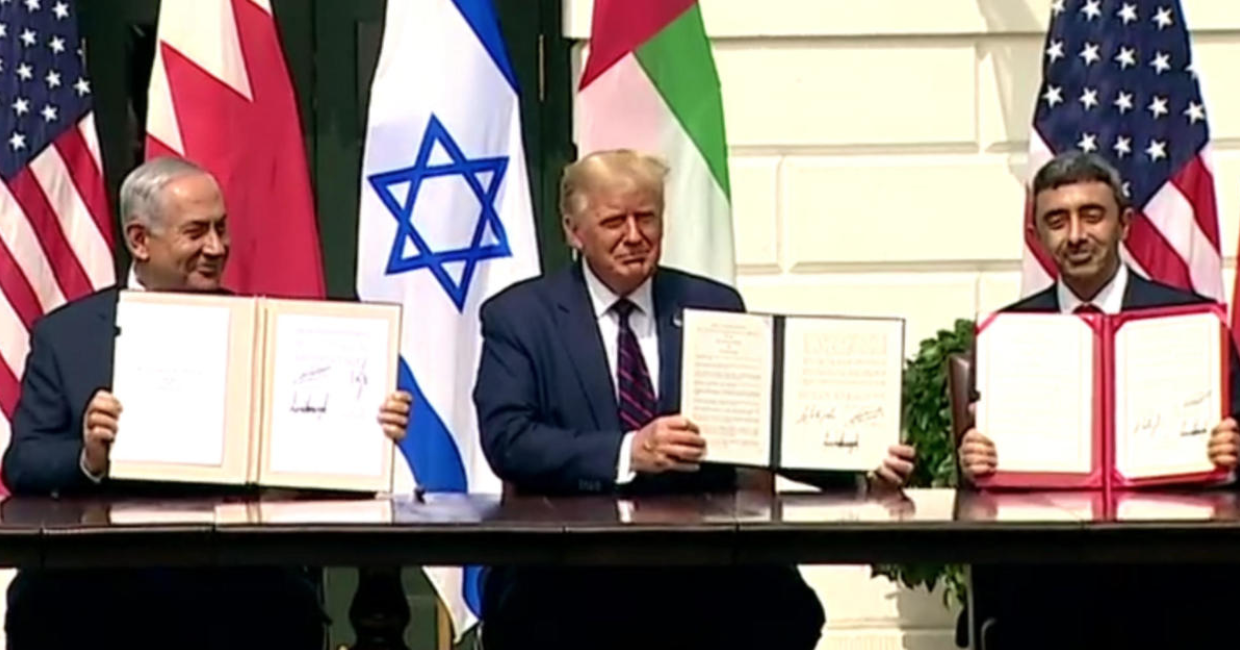 President Trump announced on Tuesday that five more Arab countries are interested in signing peace deals with Israel. He made the announcement during a meeting with Israeli Prime Minister Benjamin Netanyahu at the White House. “We’re very far down the road with five additional countries,” the President said.

The President also hosted the representatives from Bahrain and the United Arab Emirates so they can sign their peace deals with the Jewish state. That marked the official normalization of the relations between those two countries and that of Israel. The White House referred to the deals as the “Abraham Accords.” Abraham is a prophet recognized by Islam, the Jewish faith, and Christianity and is the perfect symbol for the agreements.

The President said that he could not name the five countries that have expressed interest in signing a deal with Israel, but he gave reassurance that the negotiations are making good progress. The President mentioned that some of the countries would be announcing their decision to pursue a peace deal right before the election, but others would be doing so after the election.

“We have a list of who’s who, and they’ll be signing the deal,” the President said. He also hinted that Saudi Arabi might just be one of the five countries. During a meeting with the UAE foreign minister, the President told him that stopping payment to the Palestinians is a step towards pressuring them to have a peace deal.

“For years, you had blood in the sand…now you’re going to have peace, and it will be a real peace,” the president said. He also treated Netanyahu very well and gave him a golden key to thank him for his efforts to find lasting peace. The President’s achievement is quite unique. His actions may lead to attaining peace in the Middle East.

President Trump has been nominated for the Nobel Peace Prize for his actions in promoting peace around the world. This has triggered a lot of leftists who cannot accept the possibility that Trump might just win. The Palestinians were outraged by the possibility of peace and started to launch rockets into Israeli territory.