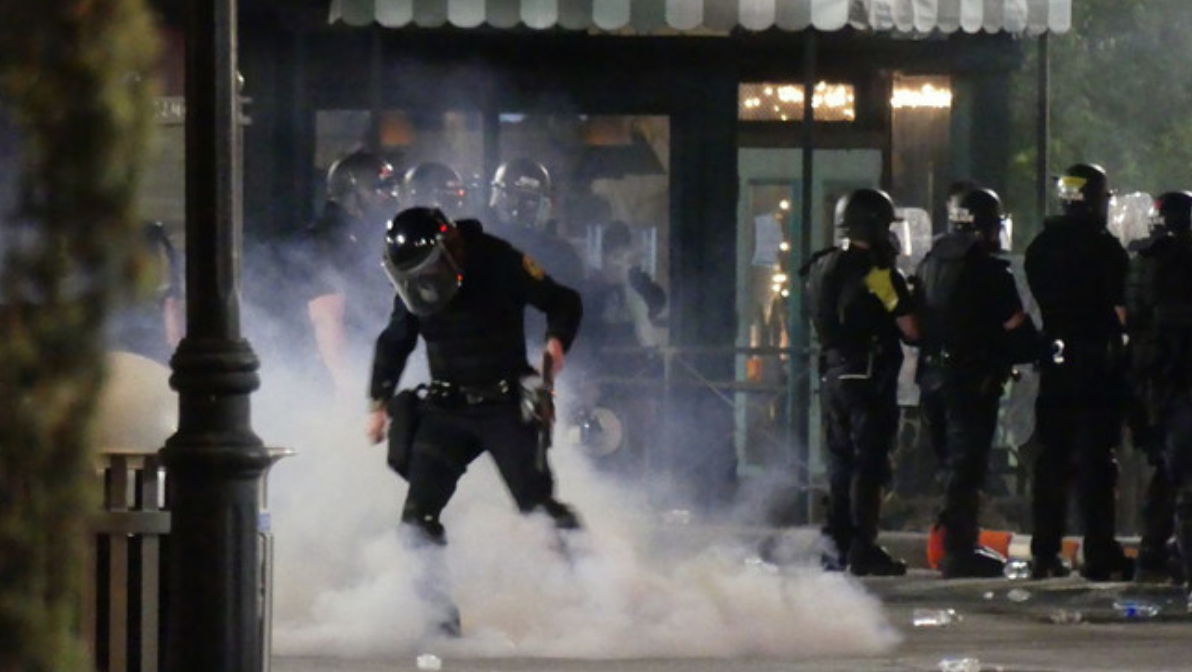 As an exodus of law enforcement officers is making the tough decision to leave the force, a former police officer penned a heartfelt resignation letter, warning his community that “evil is real.”

Justin Wilson, a former police officer in North Carolina’s Asheville Police Department (APD), apologized to the community that he had served for ten years. In a resignation letter, Wilson explained the reason why he decided to quit the force. The letter was then published in a local newspaper, the Asheville Citizen-Times. Contrary to mainstream media’s reports, the officer claimed that evil is not among members of the police force; rather, they are represented by radical left-wing activists who have wreaked havoc and chaos in the past months.

He began by saying that he decided to move to Colorado and pursue a new career as he finds it difficult to continue working as a law enforcement officer. He continued that the demands of the job, “has taken a toll on my personal life,” adding that it had left him with “ emotional scars.”

Wilson went on to apologize for failing to provide more safety and security in their small community. He continued that he tried to make a balance between defending the force and accepting their own shortcomings. He believed that the police department was tasked to resolve social issues and disorders that were beyond their capacity as police officers. He also believed that law enforcement is only the band-aid to the real problem and that it can only be resolved with “strong communities.”

In addition, he went on to thank his community members for the patience and support that they have provided for the police department. Despite the growing anti-police sentiment, Wilson claimed that they needed the community support to do their job properly.

The former police officer concluded, “officers are good people with good hearts. Evil is real. Evil exists in Asheville, officers are surrounded by it, and they do their best with what they have. Please remember that.

Based on reports, 31 police officers have already resigned from their posts in the APD. In a statement for the Citizen-Times, Police Chief David Zack believed that the number of people leaving the force remains unprecedented. He explained that the APD is relatively small, composed of 238 officers. Given the said number, the Police Chief explained that it would be like having 1 in every ten officers leaving his post.

While Ashville is situated in a more conservative part of North Carolina, it had been otherwise affected by the violent riots that broke out since the death of African-American man, George Floyd.

In fact, the following months became more brutal as police officers found themselves as a new target of violence. On Tuesday, a police officer in Phoenix, Arizona, was shot outside of a federal courthouse. On Sunday, two deputies were also rushed to the hospital after being shot from the face and head by an unknown assailant.