Riots Break Out Over Cop Shooting a Man in Self-Defense 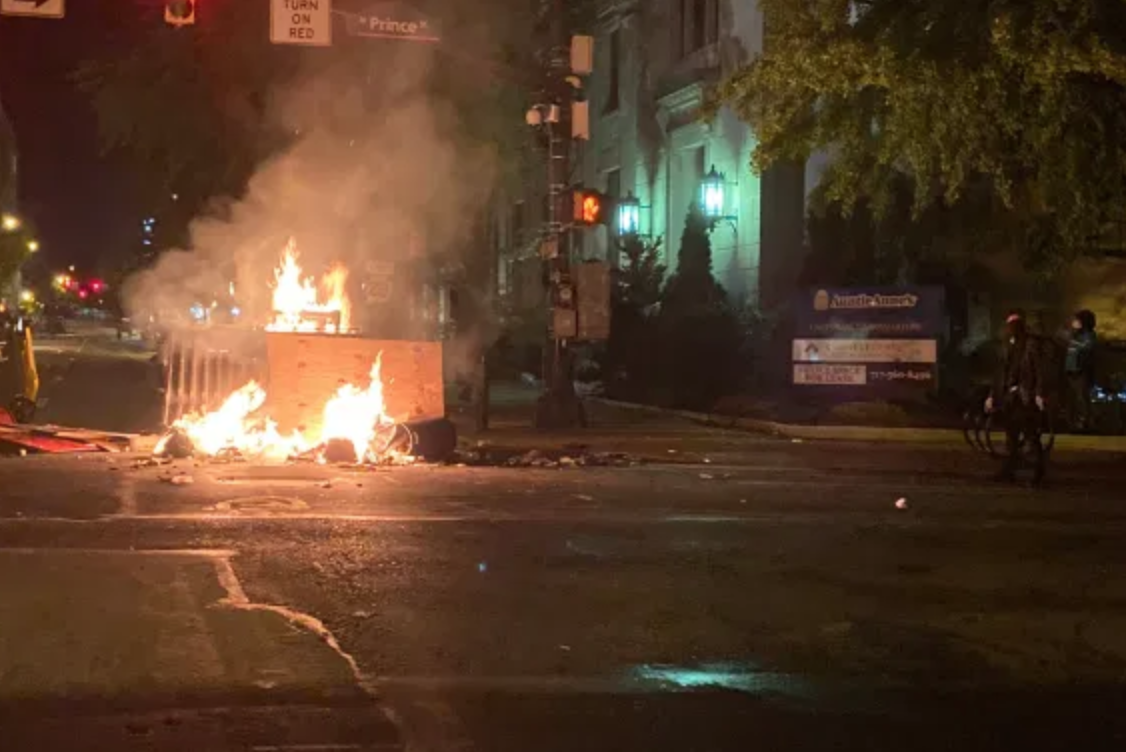 Riots broke out in Pennsylvania following the death of a minority man, 27-year-old Ricardo Munoz, after a Lancaster police officer shot him in self-defense.

As the news of Munoz’s death came out, members of the Black Lives Matter movement and radical left-wing organization, Antifa, took it to the streets to condone the shooting, despite the fact that the officer only responded as an act of self-defense.

Like the riots that were also taking place across Democrat-led cities, the violence was targeted against law enforcement officers. Protesters gathered at a Lancaster police station where they threw bricks and other dangerous objects at the authorities. Officers estimated that there are around 100 people who have attended the riots.

Police officers also declared that the rioters committed “unlawful assembly” after protesters refused to leave the area. Authorities claim that the bricks that were thrown had also damaged a post office. They claim that the protesters also threw other dangerous materials, including water bottles, rocks, gallon jugs, glass bottles, and even a road barricade, which showed that they have intended to inflict maximum harm against the responding officers.

In a statement, the Lancaster Police Department also claimed that the protesters threw “OC spray and had even challenged the officers as they were clawing a ramp.” To prevent officers from going further, the anarchists also threw traffic barricades, trash receptacles, and even large planters. As a result, the rioters have damaged a police car that was parked outside of the station. To disperse the crowd, authorities have to resort to using security measures such as chemical spray.

Independent journalists also gave real-time updates on the riots. In a social media post by Drew Hernandez, he claimed that officers had to resort to using rubber bullets and tear gas to de-escalate the tension. The constant shower of bricks and tear gas ensued between the police and the protesters.

PENNSYLVANIA: After rioters began throwing bricks and breaking windows of the police station

Police deploy tear gas and rubber bullets again to clear the street and intersection in front of the police station pic.twitter.com/0xRDMz6o4w

PENNSYLVANIA: Last night the BLM rioters seemed to be a bit in experienced with tear gas and continued to result to throwing bricks pic.twitter.com/W6ObWpTaxO

As accusations of police brutality stemmed from left-wing protesters, Lancaster police immediately released bodycam footage of what really took place during Muno’s death. They claimed that the police officers responded to a domestic call. The woman who made the call alleged that her brother had gone more aggressive and erratic. She complained that her brother was trying to break into the home that she and her mother were staying in. An officer walked into the residence and spoke with a family member.

Then, the officer noticed that a man suddenly came into the front door and began chasing the police with a knife. As Munoz charged the officer, the police fired several shots, hitting the victim. Unfortunately, Munoz suffered fatal gunshot wounds.

The Lancaster Police Bureau released the footage to authorities to help their investigation.

This is the bodycam footage of the officer-involved shooting in Lancaster, PA that Black Lives Matter is rioting over. The perpetrator charged at the police officer with a knife over his head with clear intent to strike. pic.twitter.com/xD72TweQK4