L.A.P.D. Officers are Expected to Survive After Horrifying Ambush 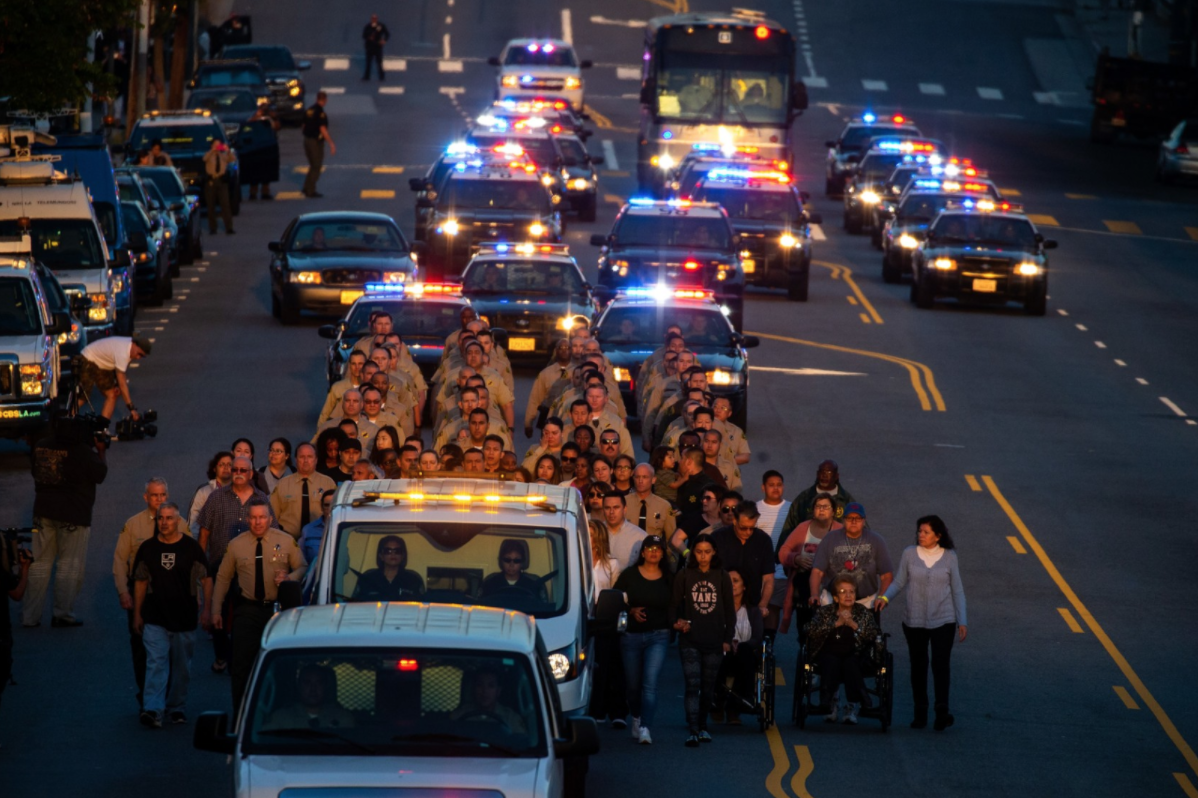 Following Saturday night’s shooting, the Los Angeles County Sheriff Department confirmed that the two deputies who were shot by an unknown assailant are finally out of surgery and are expected to survive.

In a report by the Los Angeles Times, Sheriff Alex Villanueva confirmed that the victims had survived life-threatening injuries. Villanueva even described it as a “double miracle.” According to The Patriot Hill, the two deputies were identified as a 31-year-old mother to a 6-year-old boy, and the other a 24-year-old male. Both had sustained multiple gunshot wounds, as one was shot in the head, and another was shot in the face.

In a social media post, LAPD Chief Michel Moore gave his support for the two deputies, as well as asking the community to “pray for these two guardians to survive.” He also stated that despite the political differences, people should come together and condemn violence.

Tonight we pray for these two guardians to survive. I recognize and acknowledge we live in troubled times. But we must as a community work thru our differences while loudly and resoundly condemn violence. Blessed are the Peacemakers. https://t.co/BKMG4xHNOF

Based on the surveillance video, the two were sitting inside their patrol car as part of their routine security measures outside of LA. Metro train station. Suddenly, and without any provocation, officers cite that a “dark-skinned”’ male approached the vehicle and fired several shots on the two victims.

The deputies were immediately rushed to the hospital. When they learned about the shooting, radical left-wing protesters, including members of the Black Lives Matter movement and anarchy group Antifa, stormed into the hospital facility who were treating the two officers. Witnesses even cited that they had attempted to break into the emergency room and blocked its entrance and exit.

Worse, the group who advocated the belief that “all lives matter” called the deputies as “pigs” and even chanted the phrase “death to the police, kill the police.” Other locally elected officials, such as the city manager, celebrated the shooting on social media by writing the phrase, “chickens come home to roost.”

The Sheriff Department also offered a $100,000 reward for anyone who can provide a lead to the suspect. In a statement, Villaneuva claimed that the horrifying shooting was a grim reminder of the danger authorities face in their line of duty. Other law enforcement officers reacted to the incident. In a social media post, LAPD Capt. Gisselle Espinoza wrote that the shooting had made her “sick to my stomach.” She also called out for justice and the immediate arrest of the man responsible for the incident.

President Donald Trump also expressed his disdain for the shooter. In a social media post, he described the person responsible for the attack as an “animal” and should be held accountable.