Two L.A.P.D. Deputies Ambushed by Protestor, One-Shot in the Face, Another Shot in the Head 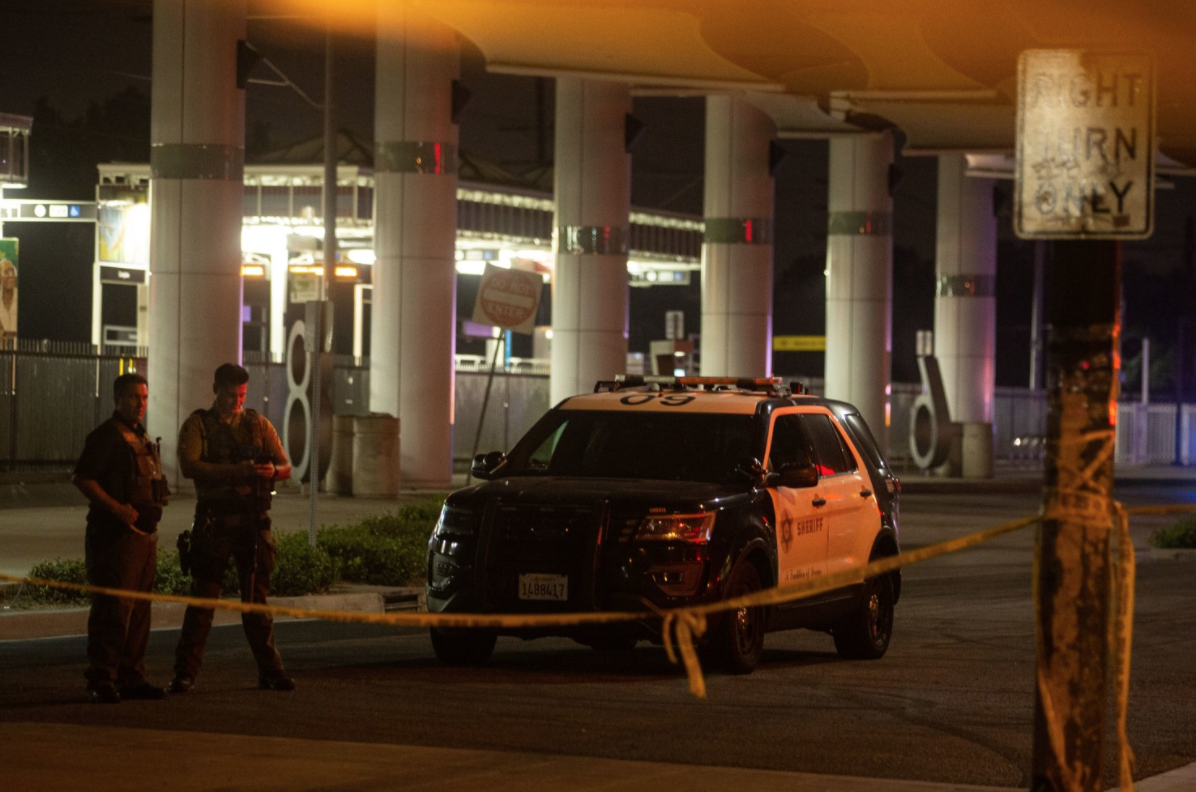 On Saturday night, two deputies from the Los Angeles Sheriff’s Department (LASD) were ambushed and shot at point-blank range while they were sitting in their patrol car in Compton.

Update: One male deputy and one female deputy were ambushed as they sat in their patrol vehicle. Both sustained multiple gunshot wounds and are in critical condition. They are both currently undergoing surgery. The suspect is still at large.

A few moments later, the Sheriff Department provided an update. This time, they have identified the victims as a male and a female deputy officer. The police department also confirmed that the deputies were placed under critical conditions and had to undergo surgery. One of the officers suffered a gunshot wound to the face, and another one was hit in the head.

According to the police, the two deputies went into the academy together and were sworn into office 14 months ago. In a statement by LASD by Capt. Kent Wegener, he said that the victims were both members of class 437, adding that one of the deputies was a 31-year-old mother to a 6-year-old boy, and the other was a 24-year-old. The pair were shot without any sort of provocation as they sat inside the police car during a routine patrol outside of the Los Angeles Metro train station. As proof, the disturbing incident was caught on a surveillance footage

This is the scene where two police officers were ambushed in Compton. Both officers were shot in the head. pic.twitter.com/ZocNMU69XT

Update: The gunman walked up on the deputies and opened fire without warning or provocation. pic.twitter.com/cBQjyKkoxJ

In another social media post, the authorities provided possible suspects behind the brutal attack. The police department reported that the shooter was a “dark-skinned” male. However, this comes as no surprise for the authorities after the death of an African-American man named Dijon Kizzee.

According to the authorities, their officers were constantly subjected to numerous threats by a member of the Black lives Matter movement, the radical left-wing organization, Antifa, following Kizee’s untimely death. Last month, Kizzee died while he was being pulled over by police officers due to a bicycle violation. During the tense encounter, officers realized that Kizee was armed with a gun. The victim tried to fight off the authorities and was fatally shot. Since his death, nightly riots had taken over an LASD facility in South Los Angeles to protest his death.

Wegener also appealed to the public for any information that can lead them to a suspect. In another statement by Sheriff Alex Villanueva, he said, “this is just a sober reminder it’s a dangerous job. Actions, words have consequences.” Villanueva also addressed the increasing anti-police sentiment, “And our job does not get any easier because people don’t like law enforcement.”

Even President Donald Trump condemned the attacker, calling them “animals” and demanded that the person behind the shooting should be held accountable.

Animals that must be hit hard! https://t.co/zrOd9ZUl8o