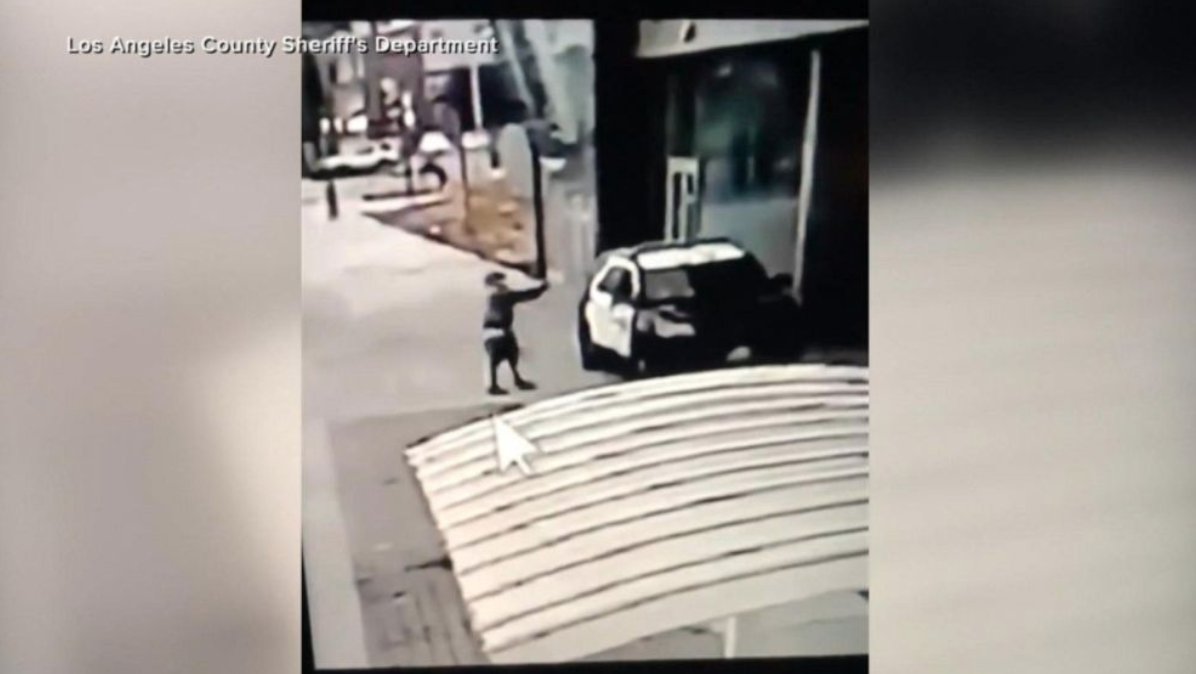 After the random and brutal attack against two L.A.P.D. deputies on Saturday night, members of the Black Lives Matter movement immediately stormed off the local hospital where the officers were rushed after receiving life-threatening injuries.

On Sunday morning, members of the Black lives Matter movement, who were allegedly behind the arson and looting that had taken place in the last few months, blocked the hospital’s emergency room where the two deputies were rushed.

Despite advocating that all lives matter, the radical left-wing movement members screamed, “We hope they die” while blocking the emergency room entrance and exit. In a social media post, the L.A.P.D. Sheriff Department expressed their frustration, “To the protesters blocking the entrance & exit of the HOSPITAL EMERGENCY ROOM yelling “We hope they die,” the sheriff’s message was clear “ DO NOT BLOCK EMERGENCY ENTRIES & EXITS TO THE HOSPITAL.”

The victims are a 31-year-old deputy mother to a 6-year-old boy and a 24-year old male officer. Both of the victims went into the same class in the academy and had just sworn into service 14 months ago. During the incident, the pair was sitting inside the police car as a part of their routine patrol outside the train station. Unfortunately, a “dark-skinned” male approached the vehicle and shot the officers at point-blank range. As a result, both of the victims suffered life-threatening injuries, as one officer was shot in the head, and another was shot in the face.

They were immediately rushed to the hospital and were placed under critical conditions and had to undergo surgery. While the police department asked the community’s prayers in hopes that the two would survive their injuries, protesters, on the other hand, would rather wish them dead.

In an interview for ABC News, a priest who had witnessed the entire incident claimed that the activists attempted to go inside the emergency room. As a part of their anti-law enforcement agenda, the protesters also chanted the phrase, “death to the police, kill the police.” In another video, one of the rioters even described the police officers as “pigs”.

Black Lives Matter activists confront law enforcement at Los Angeles hospital where wounded officers were taken after they were shot.

"To their family: I hope they f**king die.”
pic.twitter.com/bPgatQZYRI

A local media outlet, KABC-TV, also reported that a female radio reporter was also taken into custody after she tried to interfere during the arrest of a male protester. While she did not initially reveal that she was a journalist, the woman admitted that she did not have the proper press credentials.

In a follow-up, L.A.P.D Capt. Kent Wegener appealed to the public for any information and offered a $100,000 reward for anyone who might lead them to the suspect. He also admitted that currently, authorities have a “generic” description of the shooter.

Fortunately, the Sheriff’s office confirmed that the two deputies were out of surgery, and were both expected to survive. In fact, Sheriff Alex Villanueva claimed that their survival is considered a “double miracle.”

2 L.A. deputies shot in ‘ambush’ attack recovering after surgery and expected to survive. Shooter remains on the loose. https://t.co/SgL0MksDLJ

Even President Donald Trump expressed his anger and disdain for the people behind the brutal attack.