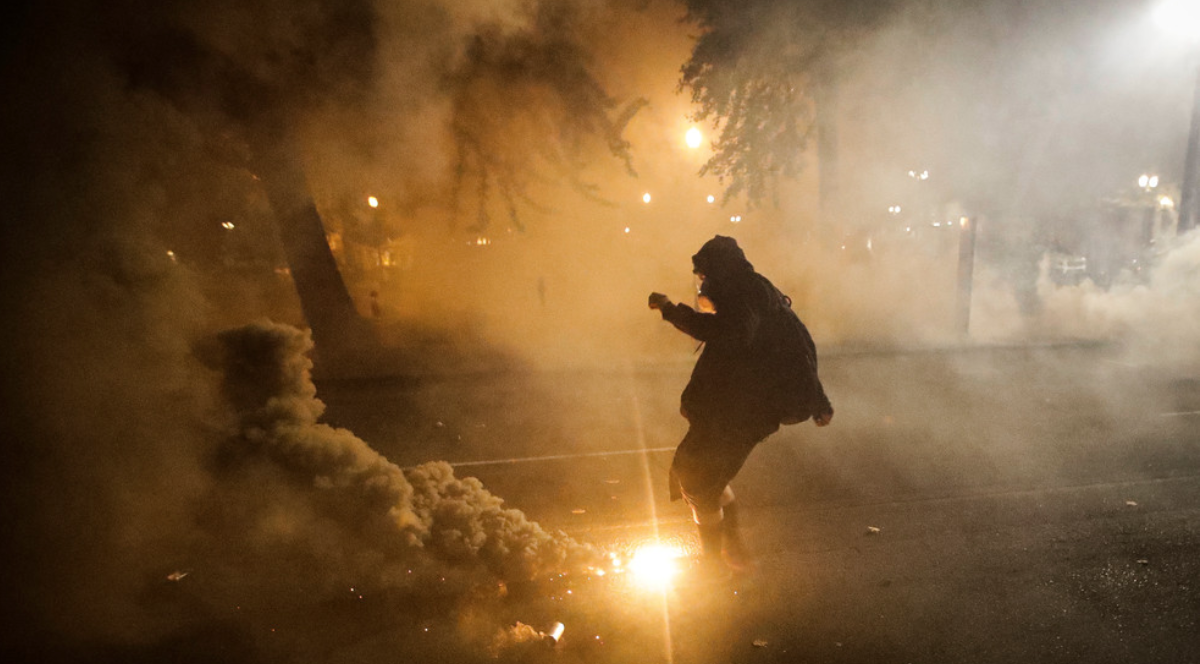 As most of the violence and tension had abated in Portland following the deployment of federal officers, the city’s police chief continued to urge rioters to put an end to violence, noting that “‘This is not what our city needs.”

The police chief responded following an attack on a police station in Portland’s residential neighborhood. In a report, police officers claimed that a group made up of hundreds of rioters blocked the traffic and shined lasers at the officers. In addition, they also tried to burn down the police building and attempted to bring down its protective boarding. In an attempt to conceal their identity, the protesters also disabled security cameras. What’s worse is that they even attempted to run down a police officer with a truck.

Lovell believed that such acts of violence undermine the real goal of peaceful protesters. He used those “large peaceful protests” that he had seen, which requires “zero policy engagement” as an example that people can continue to further their own cause without committing acts of violence or criminality. The police chief describes such protests where people would gather together to listen to speeches and march around the city.

He concluded, “Portlanders need to send a strong message that enough is enough,” Lovell continued, “This is not forwarding the goals that are going to lead to better outcomes for people of color.” Instead, the police chief remarked that these people are redirecting the attention of the cause of violence. “This is not what Portland is about. This is not what we need in our city,” Lovell said.

In the same statement, Lovell claimed that they are directing the much-needed manpower to quell the protests, when they should be focusing on solving crimes, such as the recent uptick in homicides and shootings in the past month. On Wednesday, the city’s police department had already listed 99 shootings incidents in Portland.

He believed that increasing calls to defund the police also led to higher crime rates. He cited that under mounting pressure, the police department was forced to disband its Gun Violence Reduction Team as a result of allegations of racism. Lovell explained that he doesn’t see the team’s actions as racist, even if the officers have arrested more black suspects than any other nationality. In fact, he claimed that 66 percent of the victims were also blacks.

Finally, the police chief believed that with the right conversation, the violence and issues of racial injustice would be resolved with “handshakes’. He added that a lot of people in their community were also asked to take back the Gun Violence Reduction Team as a way to keep them safe.

In fact, a recent Gallup survey supports the truth that a majority of African-Americans wanted a better and stronger police presence. The data revealed that 81 percent of Black wanted more police officers to patrol and stay in their own neighborhoods following a string of nationwide violence.