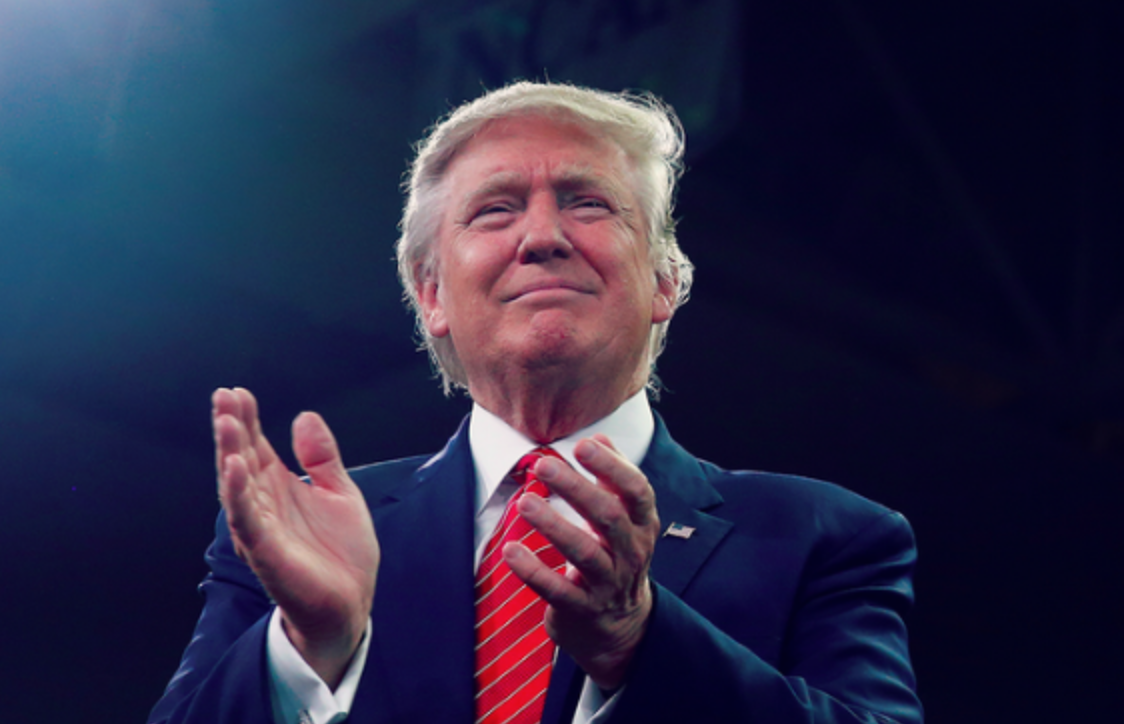 With his opponent having a 15-point advantage, and simultaneously facing an economic, political, and health crisis, President Donald Trump proved that he is the very definition of a great comeback, as a new poll revealed that he is now taking the lead.

In a survey which was published last weekend from the Democracy Institute commissioned by the newspaper publication, the Sunday Express, results revealed that Trump had taken over a national and battleground states against former Vice President and presumptive Democratic nominee Joe Biden. The survey showed that Trump had a two-point lead with 48 percent against Biden’s 46 percent. Another six percent of voters remain undecided.

More importantly, the survey pointed out that Trump earned a bigger lead in crucial battleground states. This meant that the President is projected to win 309 electoral votes against Biden’s 229, a number that was even greater than what he had during the 2016 elections.

In terms of race, Trump leads the white vote with 53 percent versus Biden’s 46 percent. Biden leads with Hispanic votes with 51 percent against Trump’s 38 percent. Most surprisingly, the President had an uptick in black votes, with 20 percent. This is more than double the eight percent that he had in the 2016 presidential election According to an analysis given by David Maddox, a political editor for the Sunday Express, Trump also leads in swing states with 48 percent against the Democratic nominee’s 43 percent in states such as Florida, Iowa, Michigan, Pennsylvania, Minnesota, and Wisconsin. The polls suggest that Trump will win Minnesota and New Hampshire, while Biden will win in Wisconsin.

Maddox wrote, “The polling suggests Mr. Trump is emerging as the race leader because of a belief he is best in handling the economy.” Maddox explained that a third of the voters see the economy as a significant electoral issue. To point this out, 66 percent of American voters agree that the economy is starting to bounce back. In addition, 57 percent of Americans also believe that Trump is better for the economy than Biden’s 43 percent.

For the Democracy Institute Director Patrick Basham, the data revealed that Biden’s campaign might have “reached its high watermark.” Basham said that while the Democratic nominee was able to maintain a “competitive race” against the President, he noted that “his support isn’t growing.” He also added that most of the significant election issues such as the economy and job security are running on “Trump’s favor.” Basham concluded that they don’t especially blame Trump for the lockdown-induced economic contraction, and they think he’ll do a better job of righting the economic ship than Biden.

Previously, Basham had veered away from mainstream polls, by identifying “shy” Trump voters. The Director noted that the “shy” GOP voters increased from 66 percent last month to 71 percent as of recent survey results, noting the big enthusiasm gap between the two.

The polls came after Biden faced mounting pressure not to debate Trump in three customary debates as both political pundits and Democratic supporters feared that the nominee’s cognitive decline might become even more apparent.