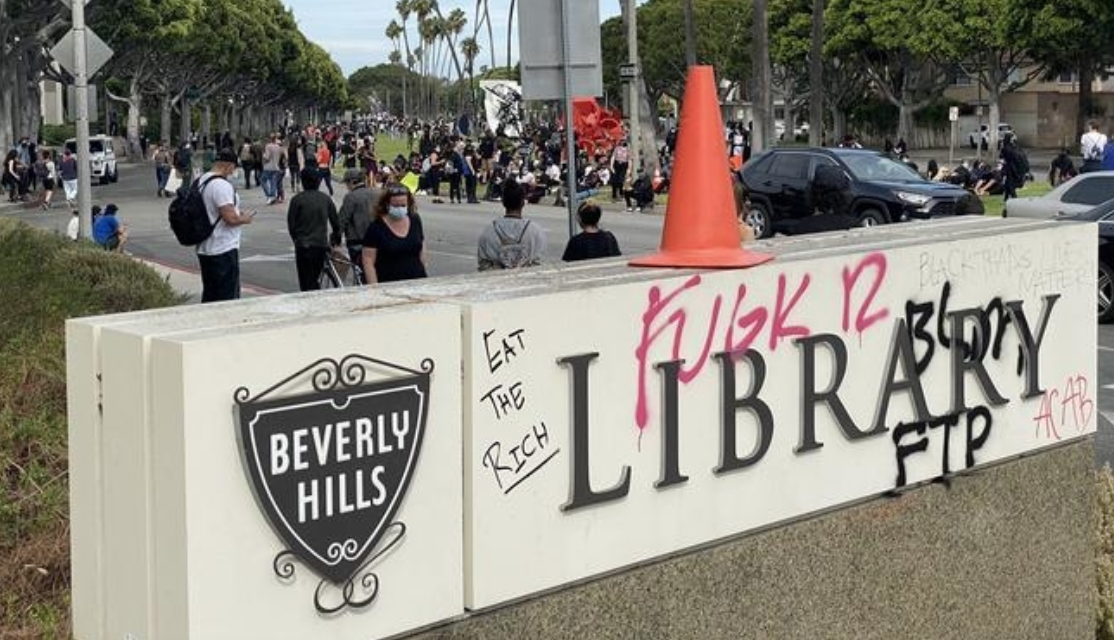 Black Lives Matter protestors tore through a posh Beverly Hills neighborhood, chanting slogans and vandalizing property as they went along. Police made arrests during the protests as the rich are also now being targeted by the rioters and the vandals that have been encouraged by the leftists.

The protestors shouted different communist slogans as they marched through the rich neighborhood. Videos and pictures of the protest have been circulating on social media. There was one instance when the protestors tore down an American flag which was attached to one of the buildings. The protests started when George Floyd was killed in Minneapolis. The protests which began to fight police brutality have been hijacked by radical leftists who are making unreasonable demands, which cannot be taken seriously by any sane government official. Unfortunately, many local officials who are Democrats are giving in to their demands.

Many protesters are calling to abolish or defund police departments all over the country. They don’t care that such an action will expose ordinary Americans to violent criminals. Many protesters are also destroying monuments and statues of historical figures that they think are problematic.

Many rich celebrities have openly supported the rioters and the looters. Some have even paid for the bail of those who have been caught but now that the protests are also targeting their rich areas, it remains to be seen how they would react.

The unlawful assembly in the area of Rexford Dr & Carmelita Ave has ended with arrests being made. Protesters have now left the City.

“The unlawful assembly in the area of Rexford Dr & Carmelita Ave has ended with arrests being made. Protesters have now left the City.” That was the statement posted by the Beverly Hills Police Department on its Twitter account.

The Beverly Hills Police has deemed the protest to be an unlawful assembly and made some arrests. The incident just shows how no place will be exempted from all of the rioting and the protests once the leftists are coddled and allowed to do as they please. Defunding the police will only make things worse as there would be no one to respond when things get out of hand.