Communist vandals have defaced another historical monument in America. This time they have chosen to deface a World War Two memorial in Charlotte by spray painting over the names of hundreds of residents of the county who made the ultimate sacrifice for freedom during the Second World War with their communist and racist slogans. Photos of the memorial show that it has been covered in graffiti. 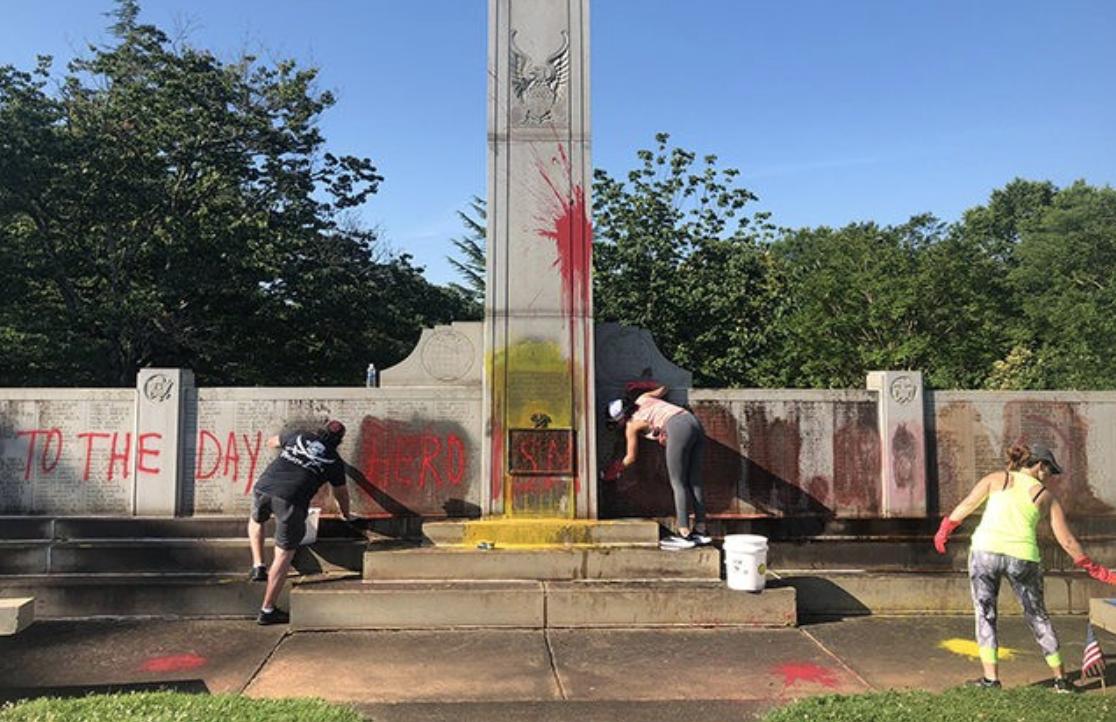 One graffiti on the monument read, “Glory to the day of heroism June 19, 1986.” The event that it was referring to was the Peruvian prison riots. Inmates in several Peruvian prisons, many of them communists, took control of the facilities where they were incarcerated and took several hostages. When they refused to back down, the government attacked, which resulted in a lot of fatalities. Communists are celebrating violence like that, and it seems that they want to have the same level of violence in the United States.

The vandals also sprayed yellow paint on the part of the memorial that read, “Dedicated to the memory of the Mecklenburg heroes of World War II who made the supreme sacrifice that you might live in liberty, freedom, and peace.” It was a clear attempt to invalidate the heroism and the sacrifice of all the Mecklenburg County residents who are memorialized in the monument.

The attack on that monument was just one of the many vandalisms that have been perpetrated by leftist activists all over the country. They are taking down all monuments that have something to do with the building and the creation of America while pretending that all they want is correct the injustice caused by racism.

Protestors have attacked statues of Confederate leaders like Robert E. Lee and Jefferson Davis, but they soon started destroying the monuments of the people who actually helped to end racism. For example, vandals destroyed a statue dedicated to Ulysses Grant, who, as commander of the Union Army, destroyed the Confederacy. They also defaced the monument dedicated to one of the first Civil War Union regiments made up of African Americans in Boston. They are also calling for the destruction of all depictions of Jesus Christ, claiming that he is actually black.

Now, the protestors are trying to tear down the Andrew Jackson monument in Washington, DC. President Trump has threatened that he will soon be signing an executive order that is meant to stop vandals from targeting the country’s monuments.