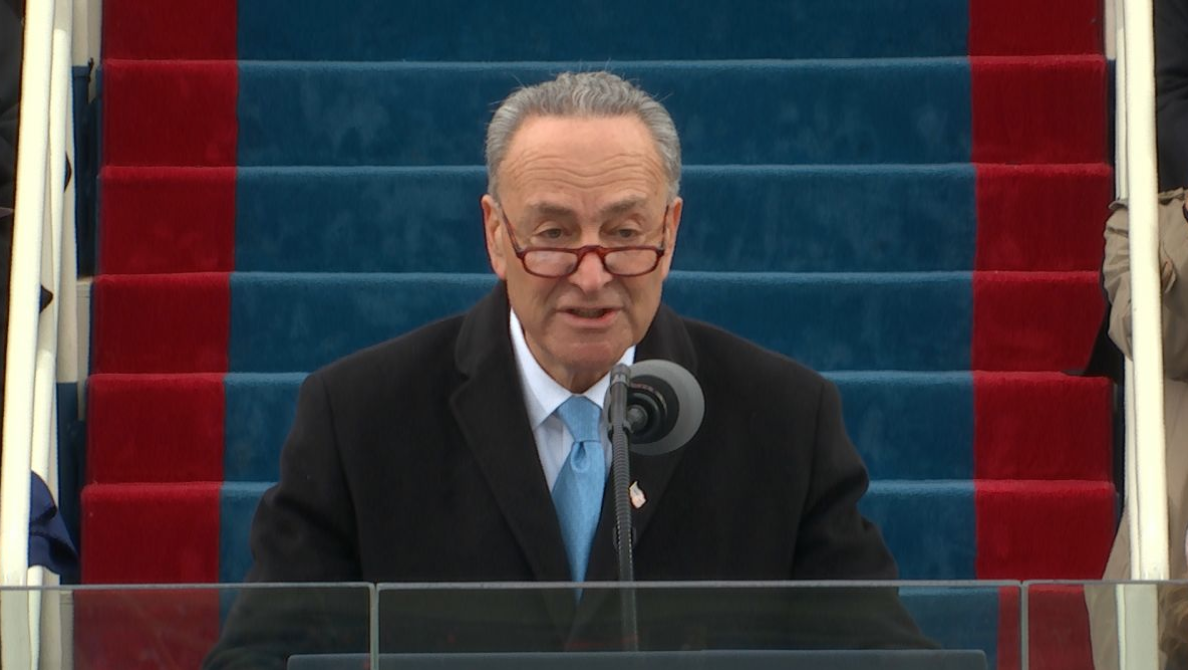 On Wednesday, former Minority Leader Chuck Schumer was declared the new Senate Majority Leader as Democrats were able to take control of the two branches of the U.S. government.

Following President Joe Biden’s win, the Democrats were able to establish a super majority and gain control into two branches of the U.S. government, Congress and the White House. Schumer was sworn in by Vice President Kamala Harris at the Capitol at around 5 p.m. as the Majority Leader for the 117th Congress.

In his speech, Schumer declared that the new administration signals a new chapter for the United States. While Schumer remains hopeful, he claimed that the country continues to face pressing issues such as the coronavirus pandemic and the recent Capitol riots. Addressing the January 6 attack, the New Majority leader declared that at the end of the day, Democracy prevailed against what he called “a band of hooligans.”

Schumer also celebrated the end of former U.S. President Donald Trump’s term by calling him a “threat’’ to the country’s security. He said, “Today, the threat to our Democracy from the presidency itself has ended, but the challenges we face as a nation remain.”

The new Majority leader also outlined the key issues that the 117th Congress will have to address, including political division, health crisis, economic recession, and social inequality. Schumer also referred to Biden’s ten-day agenda, which focuses on addressing key problems in the country, including the coronavirus crisis, economic relief, climate change, and racial equality.

During Biden’s inauguration, three left-wing senators were also sworn in, Sens. Alex Padilla, Raphael Warnock, and Jon Ossoff. Among the newly elected Senators, Ossoff is the only one who can serve the full term of six years.

In fact, Warnock had only replaced Republican Sen. Johnny Isakson, who retired for health reasons, while Padilla was appointed to finish Harris’ term, which means that both Warnock and Padilla are expected to serve until 2022.

Schumer’s appointment as the new Majority leader comes after Democrats had successfully passed a resolution for Trump’s second impeachment trial. On Tuesday, the Democrat met with Republican and former Majority Leader Mitch McConnell to discuss the articles of impeachment as the Senate arrived at a 50-50 deadlock.

Moreover, Schumer and McConnell also discussed how the Senate would proceed in the first few days of the Biden administration as the President began confirming the new members of the Cabinet.

The two also agreed to proceed with the impeachment trial to bar the former President from holding office, a move that some legal experts view as unconstitutional. In fact, Harvard Law School professor emeritus Alan Dershowitz and one of Trump’s defense lawyers in his first impeachment trial cited that the political process is only reserved for people who are holding office. Since the President’s term had already expired, Dershowitz believed that there is no ground for Congress to pursue another impeachment trial.