Pelosi Tells Clinton: “No We Can’t Move On” 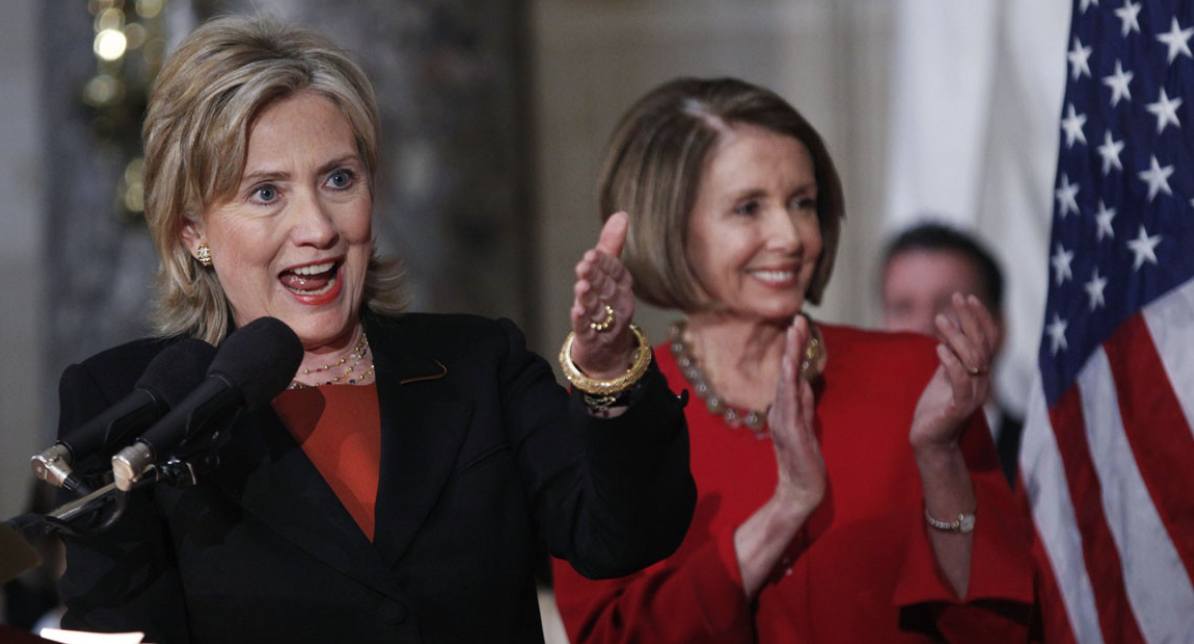 On Sunday, former Secretary of State and failed Presidential candidate Hillary Clinton held a “no-holds-barred” conversation with Democrat and House Speaker Nancy Pelosi to discuss the recent Capitol riots, to which the House Speaker declared, “No, we can’t move on.”

In a social media post, Clinton shared a clip of her podcast You and Me Both, where she added a bonus episode featuring the House Speaker. In the interview, Clinton called out the MAGA supporters who stormed the Capitol as “seditionist,” “traitors,” and “insurrectionist.” The failed presidential candidate then asked Pelosi how she was coping with the recent incidents.

Pelosi responded, “I’m sad. I’m deeply sad because here it is, the Capitol, this symbol of democracy to the world, being overrun by people who are being incited by a person who is not speaking truth.” She continued by saying that while several GOP politicians urged her to reject the impeachment complaint against President Donald Trump, the House Speaker believed that apparently, “No, we can’t move on.”

The House Speaker also revealed what took place on January 6. She claimed that she had to be whisked away by her security personnel as news spread that MAGA supporters had successfully entered the Capitol. Pelosi also shared that she was concerned for some of her colleagues who were not fortunate enough to have their own security. Pelosi added that some of the legislators had to hide in their seats while others were forced to crawl on their bellies across the Gallery to safely exit the Chamber.

During the interview, Pelosi believed that MAGA supporters were bent on hurting them. Clinton agreed, and called out the entire incident as “outraging.”

Later in their discussion, the former Secretary of State brought up the allegations of Russian collusion, a conspiracy theory that had been previously debunked. In the podcast, Clinton wondered whether Trump received a call from Russian President Vladimir Putin on January 6.

She also believed that there was a more sinister explanation to the real motive that led to the Capitol riots and suggested that there might be someone that is “pulling the strings.” She also added that she would “love” to review the President’s phone records to see if he received any calls from Russia.

Pelosi agreed, citing that the recent incident was a “gift” to the Russian President, and called out Maga supporters as “Putin puppets.” She concluded that the riots were a part of Russian “business” that was fueled by Trump’s allegations.

I had a no-holds-barred conversation with @SpeakerPelosi about her experience of the Capitol insurrection and what comes next for our country.

Listen to a special edition of "You And Me Both" wherever you get your podcasts. https://t.co/YjtiZOQltz pic.twitter.com/HGz7WBXlHO

While Pelosi continued to allege that the Russian President had any involvement with the riots, it was in fact the House Speaker who was able to benefit from the incident. Initially, Democrats saw the Capitol riots as another excuse to launch an impeachment complaint against Trump and were already on the way to the Senate.