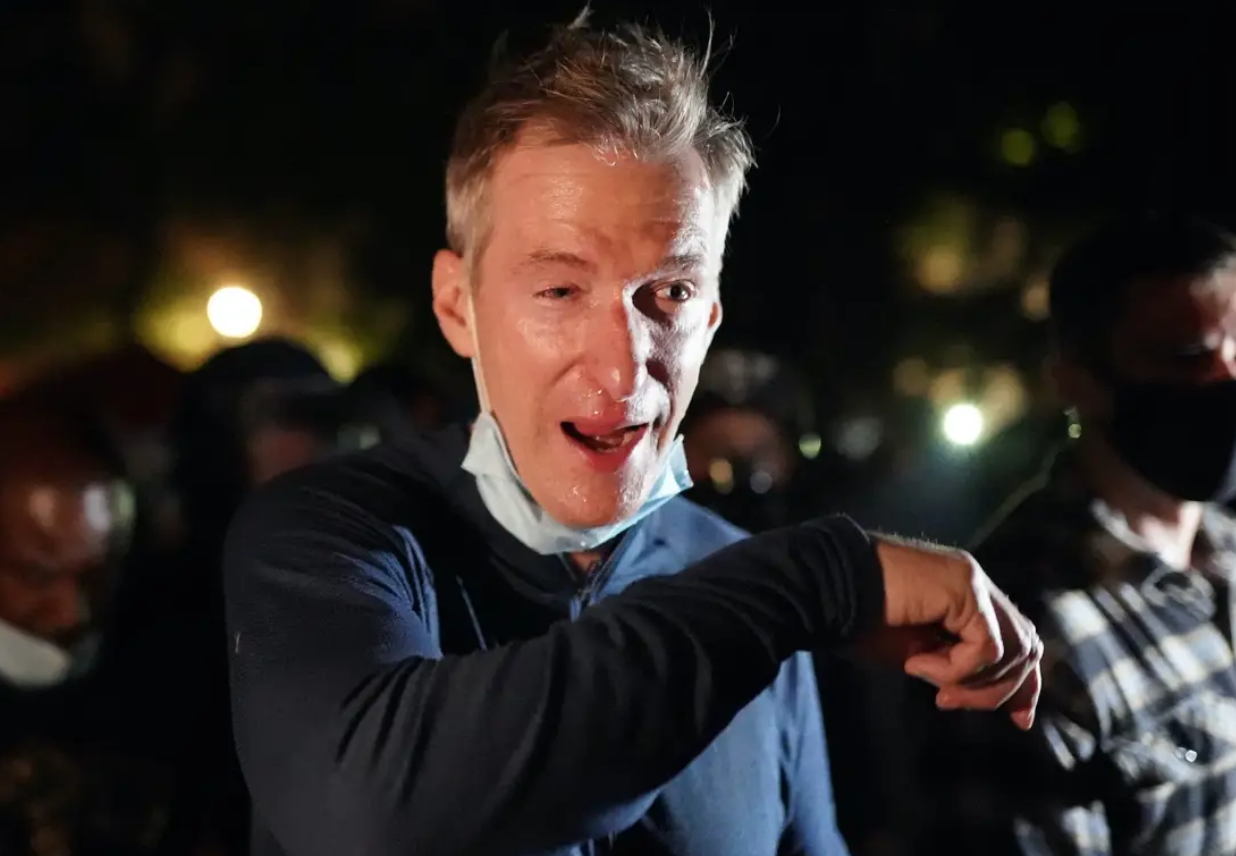 The mayor of Portland, Oregon, Ted Wheeler, was confronted and then assaulted by a group of men while dining at a restaurant on Wednesday evening. Reports say that Wheeler was having dinner with an unidentified woman at a restaurant in Portland when a group of protesters approached him in the outdoor dining area.

“Are you comfortable?” one of the protesters asked Wheeler. “I think you need to do your job as a fcking mayor. I think you’re a disgrace. I think that everybody in this fcking city thinks that you’re f*cking pathetic,” the man told Wheeler.

“How old are you?” Wheeler said in response. “I think you need to grow up,” it was obvious that Wheeler was scared and that he could not handle the situation.

“You are going to be made to feel like the scum you are,” the protester finally told Wheeler. There was a brief altercation during which witnesses say that Wheeler was hit on the shoulders. The assault was not captured on video, and the man fled the scene before Wheeler could call on the police to back him up.

Wheeler recently begged for help from the federal government to help deal with Antifa. This comes after months of rioting and lawlessness that he has condoned and even supported. It will be remembered that Wheeler joined the rioters in his city last year when they were attacking the federal building there.

“My good-faith efforts at de-escalation have been met with ongoing violence and even scorn from radical Antifa and anarchists,” Wheeler said in a press conference. “In response, it will be necessary to use additional tools and to push the limits of the tools we already have to bring the criminal destruction and violence to an end.”

“It’s time to push back harder against those who are set on destroying our community and to take more risks in fighting lawlessness,” the Portland mayor continued.