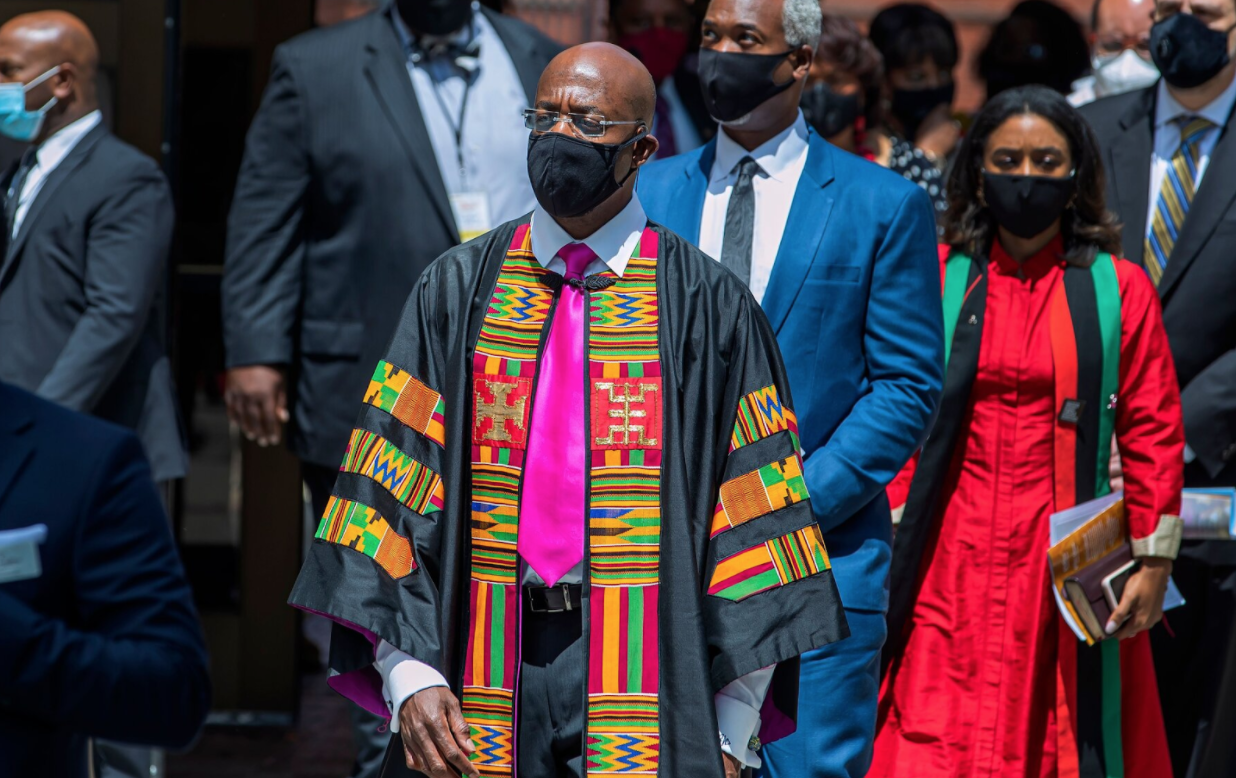 Raphael Warnock defeated Sen. Kelly Loeffler (R-GA) in one of two U.S. Senate runoff races held in Georgia on Tuesday. The runoff will determine which party will take control of Congress’s upper chamber. Warnock, who served for several years as a pastor at the Ebenezer Baptist Church gave a victory speech through a video. “I promise you this tonight: I am going to the Senate to work for all of Georgia no matter who you cast your vote for in this election.”

Loeffler has not conceded. She made an appearance after midnight in front of her supporters. She told them that she still sees a possibility for her to win. Warnock’s victory means that the Democrats have 49 seats in the Senate to the 50 of the Republicans. This places the question of the Senate majority on the race between Sen. David Perdue and Democrat candidate Jon Ossoff which is still undecided as of this writing.

His victory also makes Warnoc the first Democrat to have been elected to the Senate from Georgia. This cements Georgia as a battleground state in the coming elections. Surveys right before the election showed Warnock was ahead of Loeffler, although the election outcome seems close. The candidates also set records for fundraising, with Warnock raising more than $120 million to Loeffler’s $92 million.

Warnock’s past has been revealed during the campaign. His wife accused him of hitting her with a car during a domestic dispute. In another instance, he intervened to prevent the police from investigating a child molestation case.

Warnock also has a controversial stance when it comes to abortion. Although he served as a pastor, he is now supportive of abortion. The move was largely seen as a way to pander to the left and to the rich Hollywood celebrities who supported his campaign. They would never have supported him if he announced that he is not pro-choice.