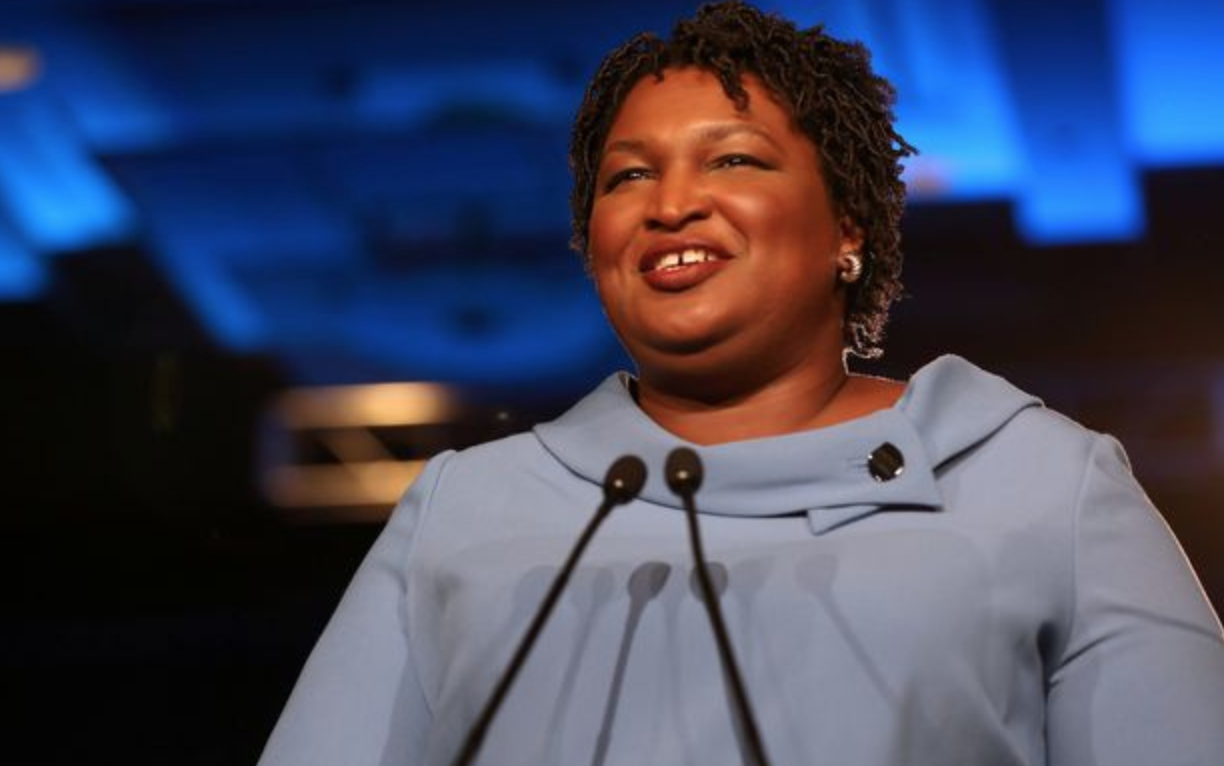 Hollywood celebrities are trying to outdo each other in gushing over Stacey Abrams after the runoff elections. They rained down praises on her, with some calling her a goddess and others saying that she’s a superhero. But perhaps the biggest praise was when someone suggested that Abrams should be placed on the $20 bill.

In the few weeks leading to the runoffs, Abrams played a key role in encouraging voters to come out and support the Democrats. She was also instrumental in getting Hollywood celebrities to endorse the Democrat candidates in the state. Now, the stars from Hollywood who have no personal connection at all to the state of Georgia are lining up to sing praises for Abrams.

Actor Michael Keaton tweeted, “What Stacey Abrams has done is inestimable and patriotic and heroic!”

What Stacey Abrams has done is inestimable and patriotic and heroic!
“Like an old sweet song....”

Marvel actor Mark Ruffalo was the one who said that Abrams is a superhero going so far as to say that she saved everyone. “@staceyabrams is a real superhero. Once again saving us all.

.@staceyabrams is a real superhero. Once again saving us all. pic.twitter.com/rOEFUM63Hs

“Comedian” Chelsea Handler demanded a statue for Abrams be erected. “It’s time for a new statue in the state of Georgia. start with Stacey Abrams, Latosha Brown, a little splash of white male decency, Raffensberger, and all of Georgia’s voting heroes. This is a beautiful day in the history of America and just what we needed to come out of 2020.”

They should put @staceyabrams on the $20 bill.

This raises the profile of Abrams within the Democratic party. She lost miserably during her last bid for office, and she was also humiliated by Biden when he rejected her as a possible running mate. But her performance in the runoff will allow her to gain more prominence. She might even be appointed to a national office by Biden. Given how desperate Abrams is to get into an official position, she will surely accept any post she is appointed to.