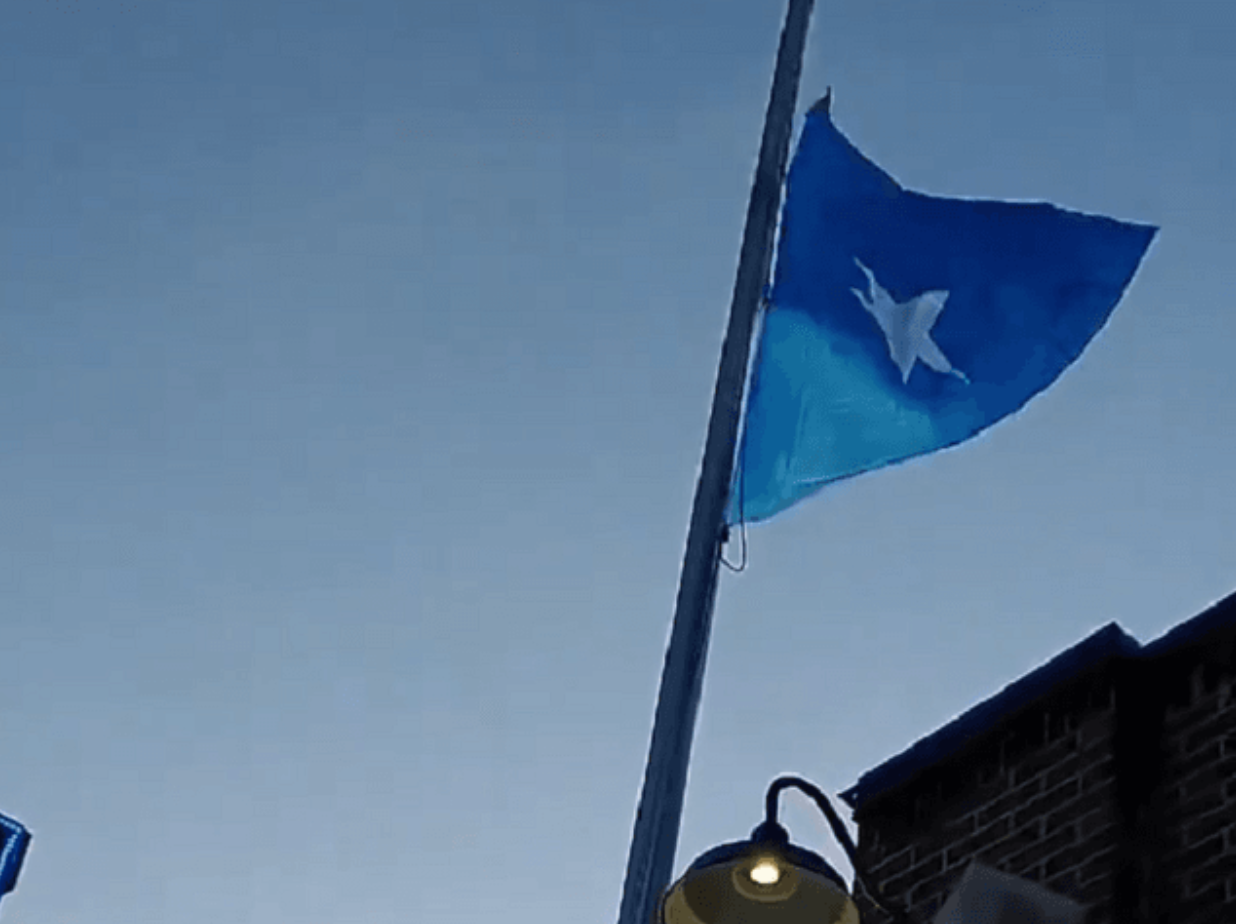 Black Lives Matter operatives took down an American flag in Minneapolis and replaced it with a Somali flag. This comes after the shooting of a Somali immigrant who actually fired at police officers after they attempted to stop him as part of an ongoing investigation. Convicted felon Dolal Idd came in contact with police in a routine traffic stop.

Instead of stopping, Idd rammed multiple police cars and then fired at the police officers on the scene. That was when police officers fired back at him. There is a video of the incident which clearly showed Idd trying to kill police officers, but that does not matter to the BLM activists. They immediately used the incident as a reason for them to start protests, which they can turn into riots and looting. The activists took to the streets near where the incident happened. Seeing an American flag on a Holiday gas station, they took that down and trampled the flag. They then hoisted a Somali flag as a replacement.

Shane B. Murphy, an independent journalist, tweeted a video showing the flag flying over the gas station. “They’re still going to protest against the officer-involved shooting in Minneapolis, despite it being clear on bodycam that the man attempted to ram officers with a vehicle; and then fired a handgun at police, prior to officers returning fire,” he tweeted.

#Minneapolis
They’re still going to protest against the officer-involved shooting in Minneapolis; despite it being clear on bodycam that the man attempted to ram officers with a vehicle; and then fired a handgun at police, prior to officers returning fire.pic.twitter.com/jh4KHKEE3O

According to reports, the police were acting based on information provided by an informant. The informant supposedly was able to purchase a high-powered firearm from Idd. A search of Idd’s house after the incident did not reveal any hidden firearms although the police were able to recover the gun that he used to fire against police officers.

Idd and several of his family members have criminal histories. One of his brothers was arrested for murder. The Idd family came from Somalia 20 years ago and has been engaged in criminal activities ever since.

That’s just okay with Black Lives Matter activists. Most of the martyrs that they have hailed this past year have long criminal records. It is not surprising that they will continue to protest even if the shooting is clearly justified.