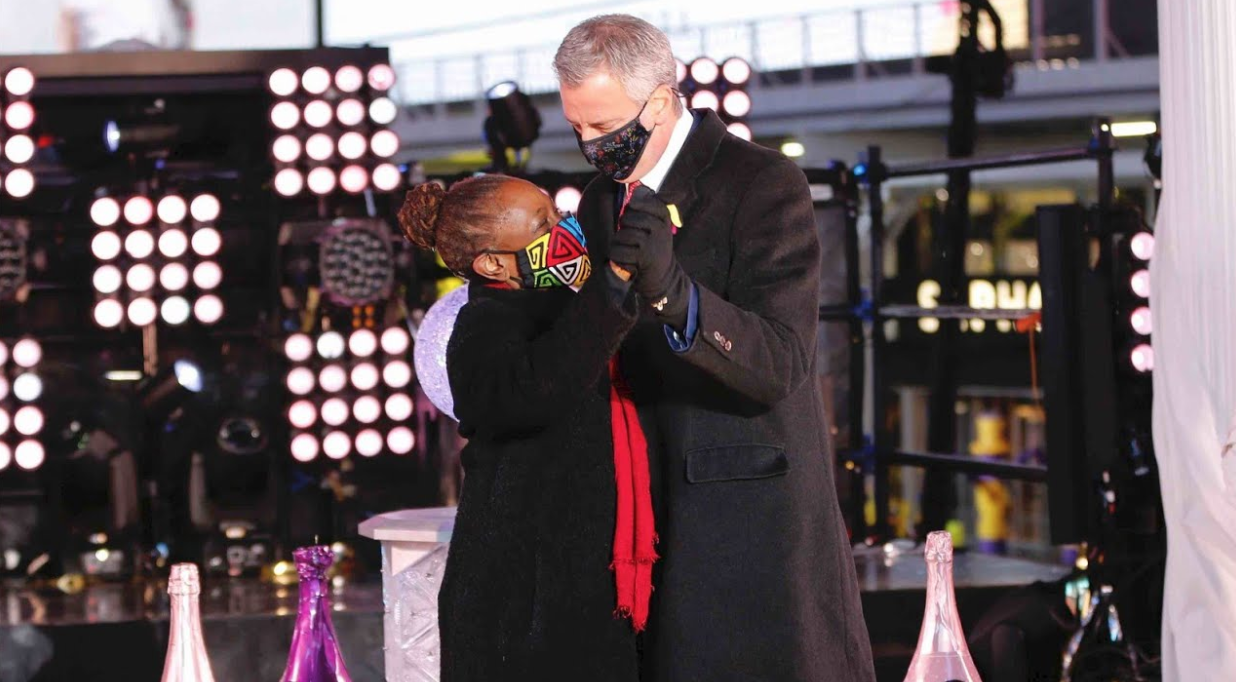 Mayor de Blasio danced with his wife in Times Square on New Year’s Eve, where they joined the celebration. He did that while keeping the rest of the city out of the usual celebration as part of his strict coronavirus lockdown measures. Typically, hundreds of thousands of people would go to Tîmes Square to join the celebrations.

Mayor de Blasio and his police officials have told New Yorkers and tourists alike to stay out of the city during New Year’s Eve and just enjoy the celebrations there remotely. The police have barricaded the area, and a large contingent was deployed to prevent people from joining the festivities.

“It’s going to be actually, arguably, the most special, the most poignant, the most moving New Year’s Eve,” de Blasio claimed. “In 2021, we’re going to show people what it looks like to recover, to come back.” The mayor was the one given the honor of pushing the button that would start the drop of the traditional crystal ball.

The mayor danced with his wife during the event, and his office even tweeted a video of it. They thought it would be a good idea to show the public just how much they are enjoying their privilege. “Happy #NewYear from the greatest city in the world,” the mayor’s office tweeted.

Happy #NewYear from the greatest city in the world. pic.twitter.com/47CmOAanxD

The mayor received a lot of criticism for the video which showed him having fun dancing with his wife, while ordinary New Yorkers are barred from even getting close to Times Square. Joel Fischer tweeted his disgust at what de Blasio did.

Ladies and gentlemen: Everybody should stay home this year. You cannot come to Times Square.

Also, Ladies and gentlemen: Bill de Blasio will be dancing in Times Square.

If you don't see communism in New York City, You should reevaluate yourself immediately. https://t.co/CHP3fbGCRO

Ladies and gentlemen: Everybody should stay home this year. You cannot come to Times Square.

Also, Ladies and gentlemen: Bill de Blasio will be dancing in Times Square.

If you don’t see communism in New York City, You should reevaluate yourself immediately.”

That was the exact same thing that was running through the mind of many New Yorkers when they saw the video of the dancing couple.