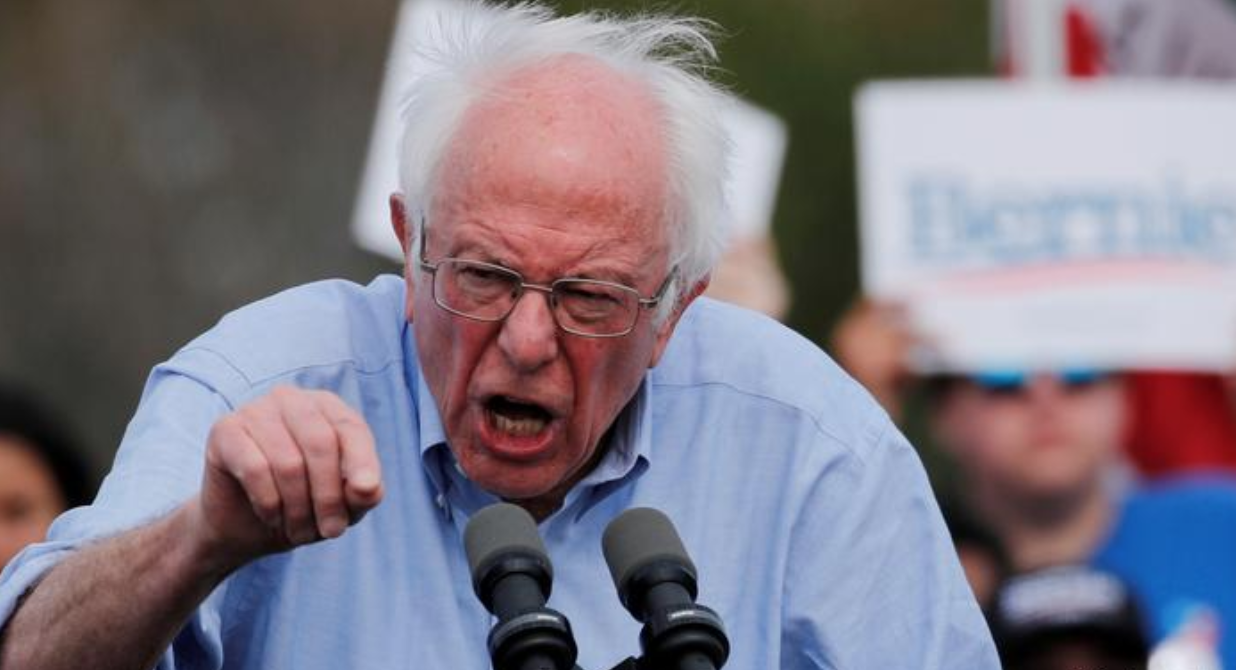 On Sunday, Senator Bernie Sanders (I-VT) said on ABC’s This Week that President Trump was “unbelievably cruel” by refusing to sign the new coronavirus stimulus bill into law.

The failed presidential candidate accused Trump of “diddling around” and may veto the said stimulus bill. Sanders added, “What the President is doing right now is unbelievably cruel. Many millions of people are losing their extended unemployment benefits. They’re going to be evicted from their apartments because the eviction moratorium is ending. We’re looking to get the vaccines distributed to tens of millions of people.”

Then Sanders addressed the President and said that although he understands every American’s need to receive $2,000, Trump cannot “diddle around with the bill.” He suggested that Trump pass the bill immediately and then work on passing the additional $2,000 financial aid in the following days. “Given the terrible economic crisis facing this country, yes, we need $2,000 out to every working-class individual in this country, 500 bucks for their kid. You can’t diddle around with the bill. Sign the bill, Mr. President, and then Monday, Tuesday, we can pass a $2,000 direct payment to the working families of this country,” Sanders said.

The 5,593-page coronavirus stimulus bill was penned and passed in a rush by Congress last week. Although worth $1.4 trillion in relief, the bill only allotted a few million dollars to Americans in need. Instead, what was supposed to be an aid for Americans hit by the deadly pandemic, the bill was full of funding for various hidden agendas by the left.

That was why upon seeing the bill, President Trump demanded Congress to amend the relief bill and add $2,000 to be given to every American. However, instead of supporting the President’s call to amend the ridiculous bill, what opposing parties like Sanders does is to criticize Trump.

Sanders added, “Suddenly because we have an extraordinary narcissist, pathological narcissist in the White House, he said, ‘I know there were intense negotiations. You passed a $908 billion bill. It has extended unemployment and this and everything else, but you know what, I decided I’ll jump into the game, and I want $2,000.’ I want $2,000. The American people want $2,000. They need it given the economic crisis. The President needs to sign that bill today, right now, or else the suffering in this country will be immense, and then we can immediately deal with the $2,000.”

On the same day, President Trump signed the $2.3 trillion coronavirus aid and government spending package, releasing a statement for his decision to pass the bill he said, “I will never give up my fight for the American people.”

“As President of the United States, it is my responsibility to protect the people of our country from the economic devastation and hardship that was caused by the China Virus. I understand that many small businesses have been forced to close as a result of harsh actions by Democrat-run states. Many people are back to work, but my job is not done until everyone is back to work. Fortunately, as a result of my work with Congress in passing the CARES Act earlier this year, we avoided another Great Depression,” Trump continued.

And to reiterate that he still requires the amendment of the $600 stimulus package, the President explained, “I will sign the Omnibus and Covid package with a strong message that makes clear to Congress that wasteful items need to be removed. I will send back to Congress a redlined version, item by item, accompanied by the formal rescission request to Congress, insisting that those funds be removed from the bill. I am signing this bill to restore unemployment benefits, stop evictions, provide rental assistance, add money for PPP, return our airline workers back to work, add substantially more money for vaccine distribution, and much more. On Monday, the House will vote to increase payments to individuals from $600 to $2,000. Therefore, a family of four would receive $5,200.”