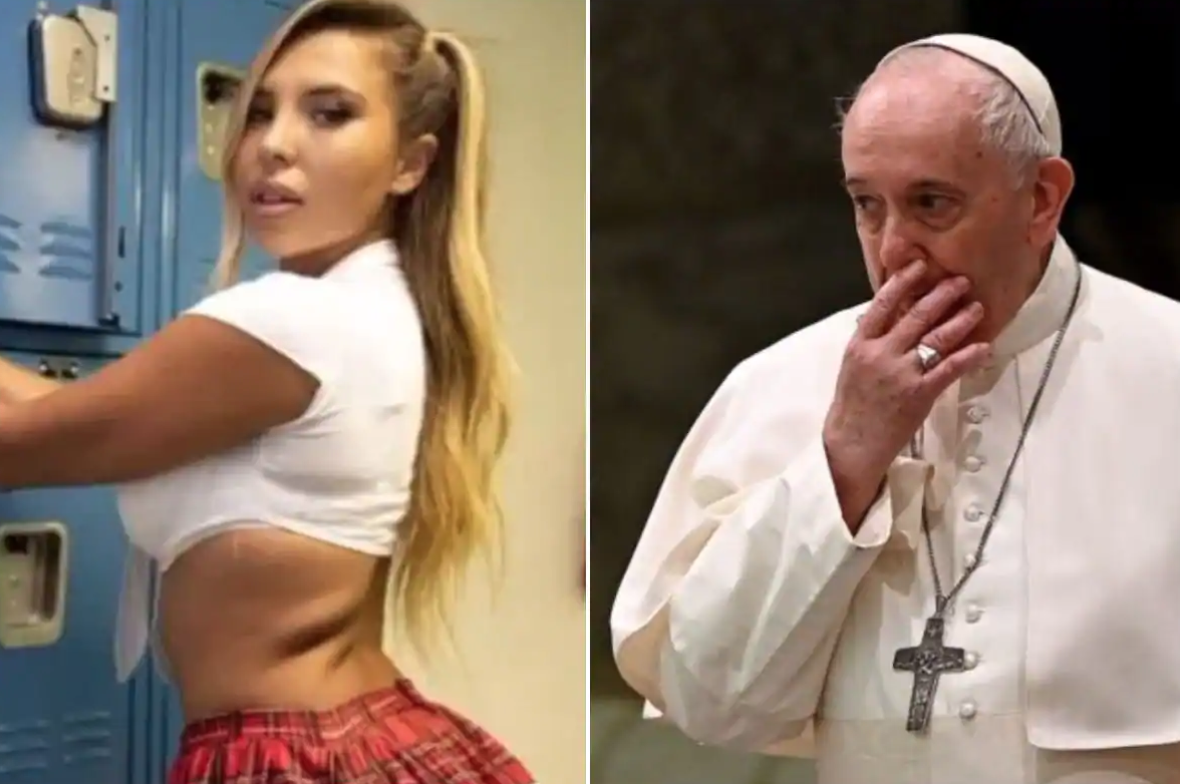 Just last week, the head of the Roman Catholic Church, Pope Francis made headlines after he liked a seductive photo of Brazilian model Natalia Garibotto on Instagram.

“At least I’m going to heaven,” Garibotto responded. In another tweet, the model joked to her fans that she is already on her way to the Vatican, and added a prayer emoji to go along. In an interview, Garibotto told Barstool Sports, that while her own mother did not like her bare-ass photos, at least she had the Pope “double-tapping.”

The like was immediately removed. According to a report from the Catholic News Agency, the church’s official media outlet, the papal accounts were usually managed by a team of people. As of the moment, the Pope had refused to comment on the situation, while the Vatican had launched an investigation to look into the matters.

The pope was among the 133,000 people who had also liked the model’s seductive photo. As expected, the Pope’s “tiny incident” sparked numerous responses on the internet. One Twitter user wrote that he had at least 83 years to catch up on.

Another wrote that the Pope falling into a “thirst trap” is the best way, to sum up, 2020.

God created dat ass. Just appreciating the Lord’s work, as he should

This is not the first time that Pope Francis had made headlines. Just last month, he had also given his approval for civil unions for LGBTQ couples. In a documentary by filmmaker Evgeny Afineevsky entitled “Francesco,” the Pope shared that he believed homosexuals have a right to be a part of a family. The church leader went on to say that they are also a child of God and that they should not be discriminated against based on their sexual orientation. The Pope then concluded that the law had specifically provided such union and that he supports it.

The Pope’s statements came as a great contrast to the Church’s sentiments against homosexuality. For years, the religious organization had only recognized unions between men and women and the Pope’s progressive statement immediately sparked confusion and dissent within the Catholic church.