Sen. Hirono Claims “Media Bias” Against Republicans is Not Real 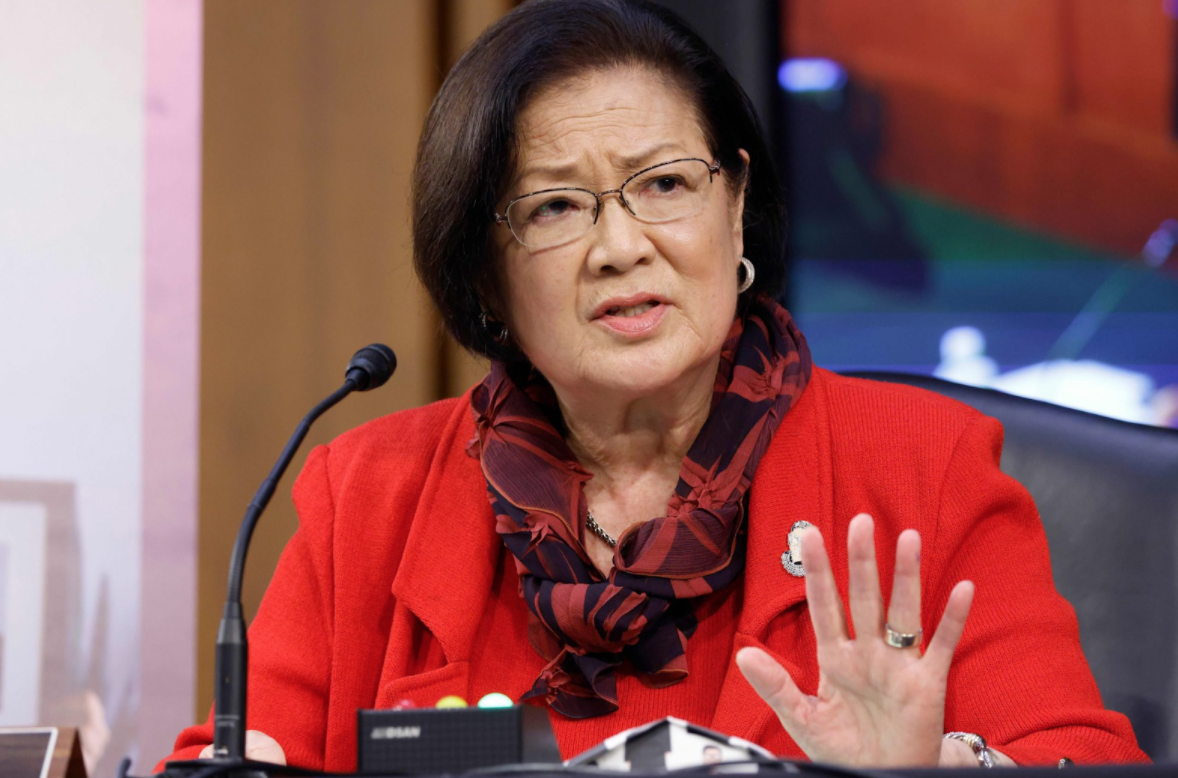 On Tuesday, Sen Mazie Hirono, one of the most far-left members of the U.S Senate, declared that there is no evidence to prove that Republicans are experiencing social media bias.

Hirono’s statement came after several social media sites, including Facebook and Twitter, had censored and even marked President Donald Trump’s tweet as fake news. In the Senate Judiciary Committee’s hearing on Silicon Valley execs, the Senator asked the Facebook founder, Mark Zuckerburg, about allegations of a possible social media bias.

Hirono suggested that since conservative media establishments such as the DailyWire and Fox News performed well in their platform, meant that it is a good indicator that no censorship occurs. Before the CEO could respond, Hirono added that such accusations are completely baseless.

“Everyone who has systematically looked at the content of social media from Media Matters to the CATO Institute to former Sen. John Kyl (R-AZ) has found absolutely no evidence of anti-conservative bias,” Hirono said while citing a left-wing media platform, which had a long-standing tradition of launching smear campaigns against conservative media outlets. She also indicated data from Crowd Tangle in which she cites that conservative news content usually makes it into the topmost engaged pages on Facebook.

Hirono also acknowledged that even if Facebook primarily hires employees with far-left views, it still bears no “relevance” in the censorship against Republicans, given that conservative news media outlets are performing well in their social media platforms. The only problem with Hirono’s conclusion is that she failed to provide Facebook’s own data, which reveals that only a few conservative media outlets were able to dominate their site.

According to the platform’s own data, the top-ten performing news outlets are NBC News, The New York Times, CNS News, CNN, the Washington Post, USA Today, and NPR. The only conservative publishers who were able to make their way into the rankings are Fox News and New York Post, which obviously takes a small minority against the left-wing media outlets.

Far-left Democrat Senator Mazie Hirono (HI) claims that there is no bias against conservative users on social media because far-left Media Matters says so and complains leftist publications do not do as well as conservative publications. pic.twitter.com/uZ0b6jKmeo

However, GOP senators refused to back down. During the committee hearing, Sen. Josh Hawley confronted Zuckerburg with evidence that Facebook is colluding with other Silicon Valley giants such as Google and Twitter to censor right-wing information.

Hawley cited that the Facebook team is using a tool called Tasks, which is meant to help improve their employee’s workflow. While Tasks might seem innocent, it also allows the company’s employees to coordinate with Google and Twitter to censor right-wing content.

In addition, the Senator also stated that Facebook is using another tool called Centra to track down anonymous users. “Your companies are the most powerful companies in the world, and I want to talk about how you’re coordinating together to control information,” Hawley said.