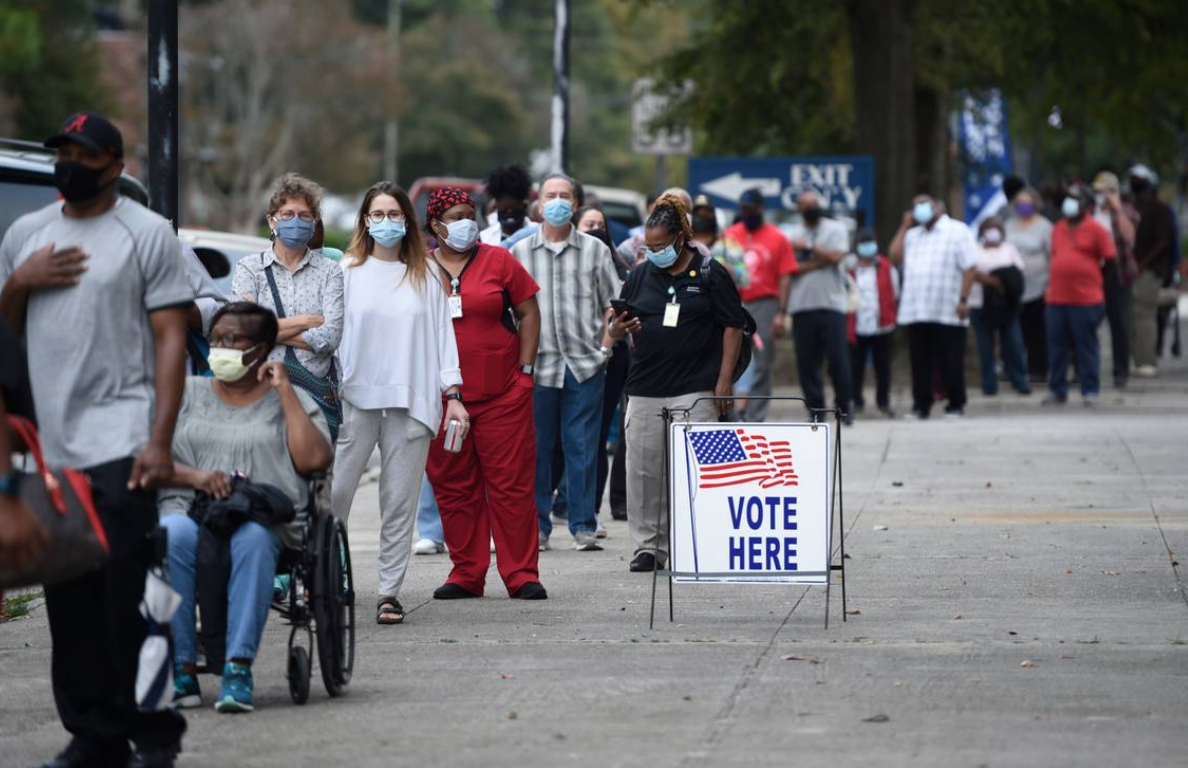 Political organizers are encouraging Californian residents to move to Georgia to vote for Democratic candidates Jon Ossoff and Rev. Raphael Warnock, who are running against Republican Sens. David Perdue and Kelly Loeffler.

To help Democrats win, left-wing supporters are willing to physically move to Georgia to vote. In fact, according to political activist Manny Yekutiel, he had received numerous phone calls asking him how Californians were on a possible move. “When do I move to Georgia? Where can I stay? Should I get a block of hotel rooms?” Yekutiel said.

Other high-profile Democrats have also promised to make a move. In a social media post, former Democratic Presidential nominee, Andrew Yang, announced that he and his wife Evelyn plan to move to Georgia in an attempt to help with the campaign. Yang said that they believe it is the only possible way for them to finally oust Senate Majority Leader Mitch McConnel and ensure that a blue majority will allow Biden and Kamala to “get things done.”

Great news #yanggang - Evelyn and I are moving to Georgia to help @ossoff and @ReverendWarnock win! This is our only chance to clear Mitch out of the way and help Joe and Kamala get things done in the next 4 years. More details to come but let’s go!!! 😀🇺🇸🚀 https://t.co/egcdwqC1qZ

Even failed gubernatorial candidate Stacey Adams announced on a social media post that they have received over 600,000 mail-in ballot requests for the run-off elections.

BREAKING: More than 600,000 Georgians have requested their mail ballots for the January 5 runoff elections.

Help elect @ReverendWarnock and @ossoff to the U.S. Senate by requesting your ballot today ➡️ https://t.co/xCyh7BhY3o. Happy voting and let’s get it done... again. #gapol pic.twitter.com/G65qB8NMpg

Others also volunteered to help with the campaign. A California-based political organization called Flip the West stated that they had to open more than 7,500 phone banks to deal with the sudden surge of calls. Other 16,000 volunteers also signed up to send postcards to the state and remind voters to cast their votes. According to the group’s executive, Ronnie Cohen, the flood of Democratic support remained “unprecedented.”

Democrats had also deployed their political machinery to win the upcoming elections, even for living outside of Georgia. In fact, according to their recent campaign finance data, out of state donations make up for 83 percent of Ossoff’s campaign funds. Warnock’s number did not go far behind by 80 percent.

Sure enough, there is a lot at stake for the run-off elections as it would finally seal the party that would win the majority in the Senate. Currently, Republicans hold a two-point advantage with 50 electoral votes, while the Democrats go behind by 48 votes. If both parties earned 50-50 votes, it would be up to Vice-President-elect Joe Biden’s running mate, Sen. Kamala Harris, to cast her vote.

While left-wing supporters plan to flock to Georgia, election officials warned that the move would be illegal. In a press conference by Georgia’s voting system manager, Gabriel Sterling, he clearly stated that in order to be qualified to vote for the run-off elections, they must be a resident. “That means you have to believe you are staying in Georgia,” the election official warned. He added that anyone who is caught violating the law will face felony charges, which are punishable by 10 years of imprisonment and a whopping $100,000 fine.