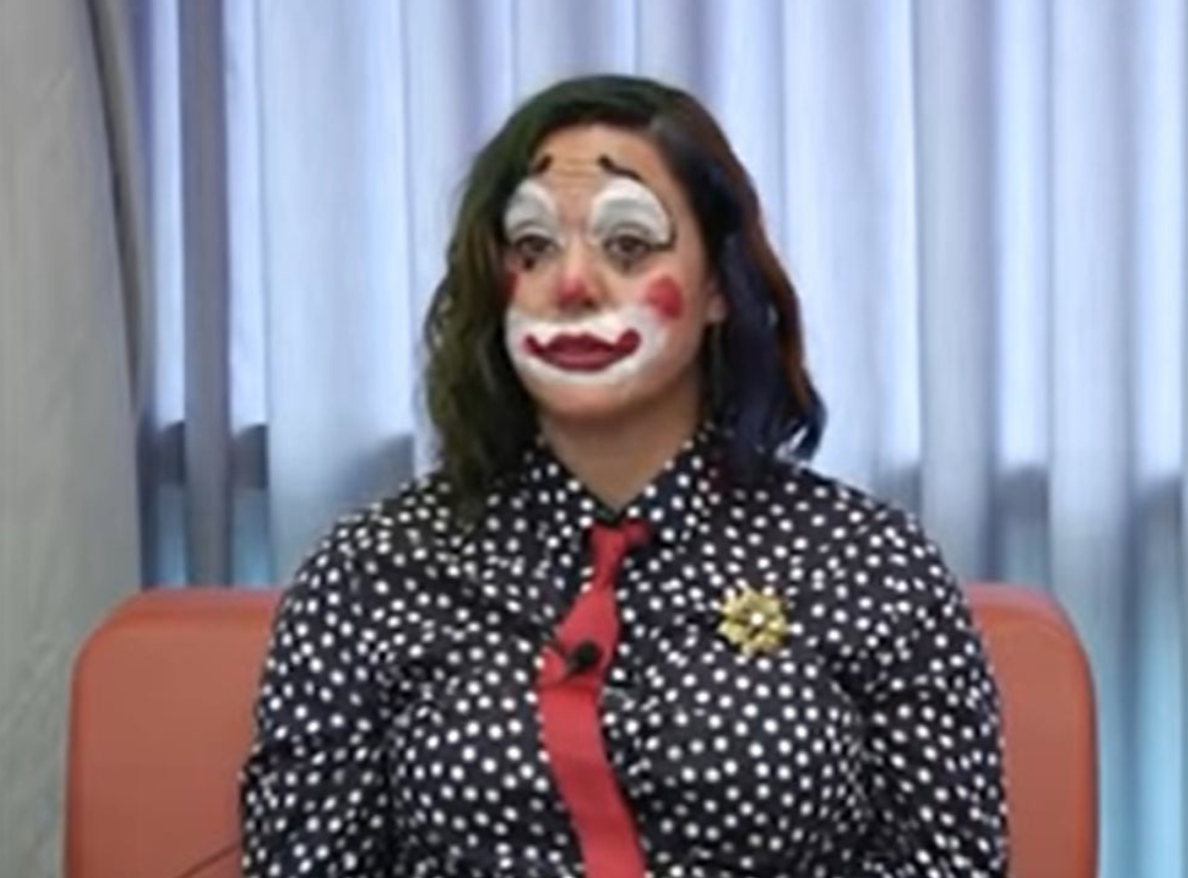 A health official in Oregon came under fire for dressing-up as a clown for a public health advisory announcement for the latest COVID-19 death toll.

Claire Poche, a senior health adviser for the Oregon Health Authority seemed to poke fun at the increasing number of coronavirus cases as she donned a clown costume, complete with a white and red face makeup, along with a red tie and polka dot shirt.

The video footage, which resembled that of a scene from the movie, The Purge, rather than serious health advisory, are a stuff made of nightmares. Eerily, Poche went on to deliver the latest COVID-19 statistics in Oregon in a somber tone “As of today, there have been 38,160 cases of COVID-19 in Oregon, with 390 new cases being reported today.” The senior health advisor maintained a straightface as she continued, “Sadly, we are also reporting three deaths today, bringing the statewide total for COVID-19-related deaths to 608.”

Following Poche’s bizzare announcement, the footage was cut to her fellow senior adviser, Shimi Sharief who was also dressed in a costume. Unlike Poche, Sharief chose to dress in a cuddly onesie referring to the Japanese cartoon, “My Neighbor Totoro”. He also reminded that although the COVID-19 pandemic had “reshaped” how Americans celebrate Halloween, he still believed that Americans could have had it in a “spooky and fun” way.

The move from the two senior advisers was a part of their campaign to have a safe and risk free Halloween. The video, which was released on October 14, only became viral last Tuesday, when journalist, Samantha Swindler, from The Oregonian shared the bizarre clip. Swindler noted that instead of advising caution, Poche became “an absolute nightmare.” The journalist also asked whether it was a good idea to poke fun on the COVID-19 deaths.

I'm sorry but who at the Oregon Health Authority thought this was a good idea? pic.twitter.com/xXHia14KSg

Swindler went on to say that she understood that the health officers only wanted to make Halloween “fun” especially since they had worked hard to come up with the report. However, Swindler honestly wrote that the idea just didn’t seem to work.

By Tuesday, the video had already gone viral with 800 likes and 3,300 retweets.

According to KGW8 News, the state continued to lead the highest number of COVID-19 cases in the past eight months. In fact, just this week, the state saw its highest coronavirus cases as compared to the previous weeks. The health officials cited that between October 19-25, the state listed more than 2,600 new COVID-19 cases. In fact, on October 23 alone, Oregon reported 500 new coronavirus cases within a single day.