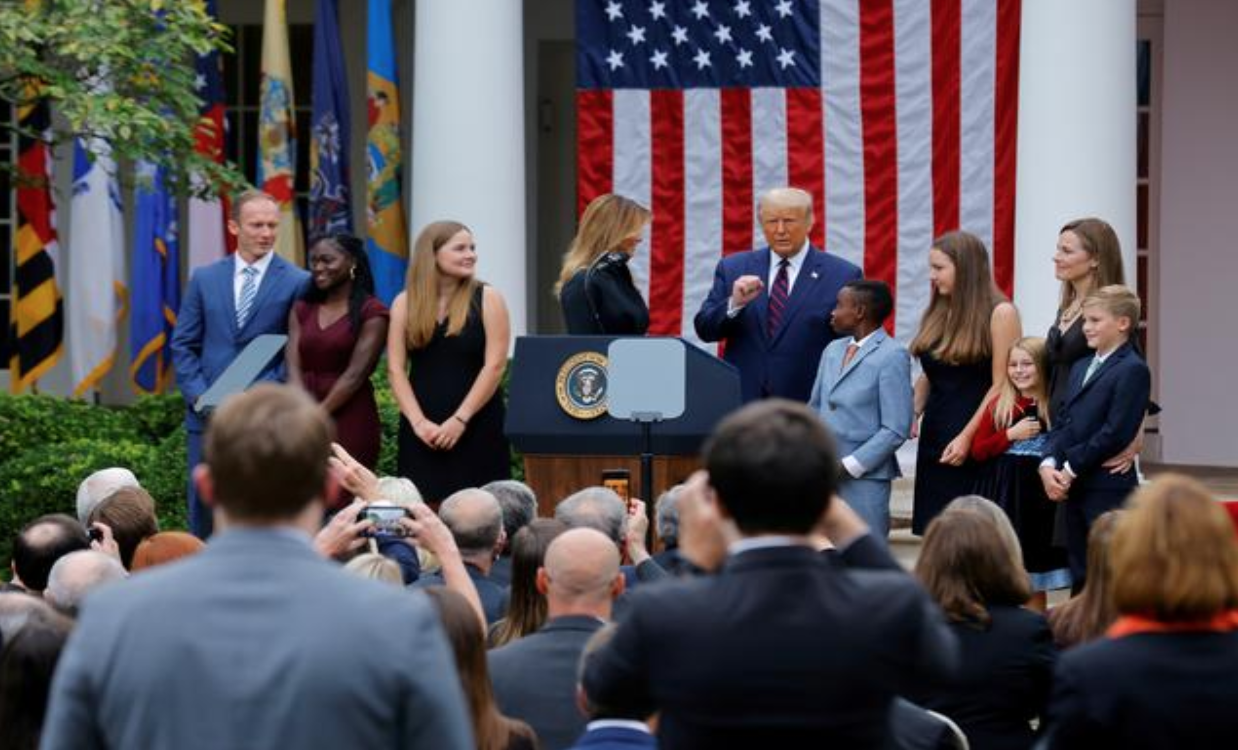 Read this from Democrat activist & Hill staffer. Questioning whether #AmyConeyBarrett *illegally* adopted her children from Haiti, maybe snatching them from birth parents! This is the Dem gameplan. Nothing but raw bigotry and hate. I promise you, this will not stand pic.twitter.com/JEMqhe05dY

Dana Houle, a Democrat who once worked as a chief of staff for Democrat lawmaker, posted a tweet on Friday night hoping that Barrett is investigated over their adopted children. “I would love to know which adoption agency Amy Coney Barrett & her husband used to adopt the two children they brought here from Haiti,” Houle posted.

Not satisfied with the disgusting tweet, he gave a follow-up. “So here’s a Q: Does the press even investigate details of Barrett’s adoptions from Haiti? Some adoptions from Haiti were legit. Many were sketchy as hell. And if the press learned they were unethical & maybe illegal adoptions, would they report it? Or not bc it involves her children.”

Houle is not the only Democrat who attacked Barrett’s even before she was named as a nominee. Others chimed in claiming that they see problems with the interracial adoption, implying that the Barretts were abusive to the children or that they might have stolen them away from their parents. It seems that the leftists would not stop at anything just to find something that they can use against the President’s appointee. Now that the President has officially announced that she is his choice, the attacks on Barrett’s character is sure to intensify. Even if they don’t find something to accuse her of, the Democrats will invent something, just like what they did with Justice Kavanaugh, whose life they tried to destroy during the confirmation hearings.

It seems that the Democrats will try to attack Barrett for being a devout Catholic. In fact, they have tried to accuse her of belonging to some Catholic cult. Now they’re trying to attack a potential Supreme Court Justice for having a moral compass and for being religious.