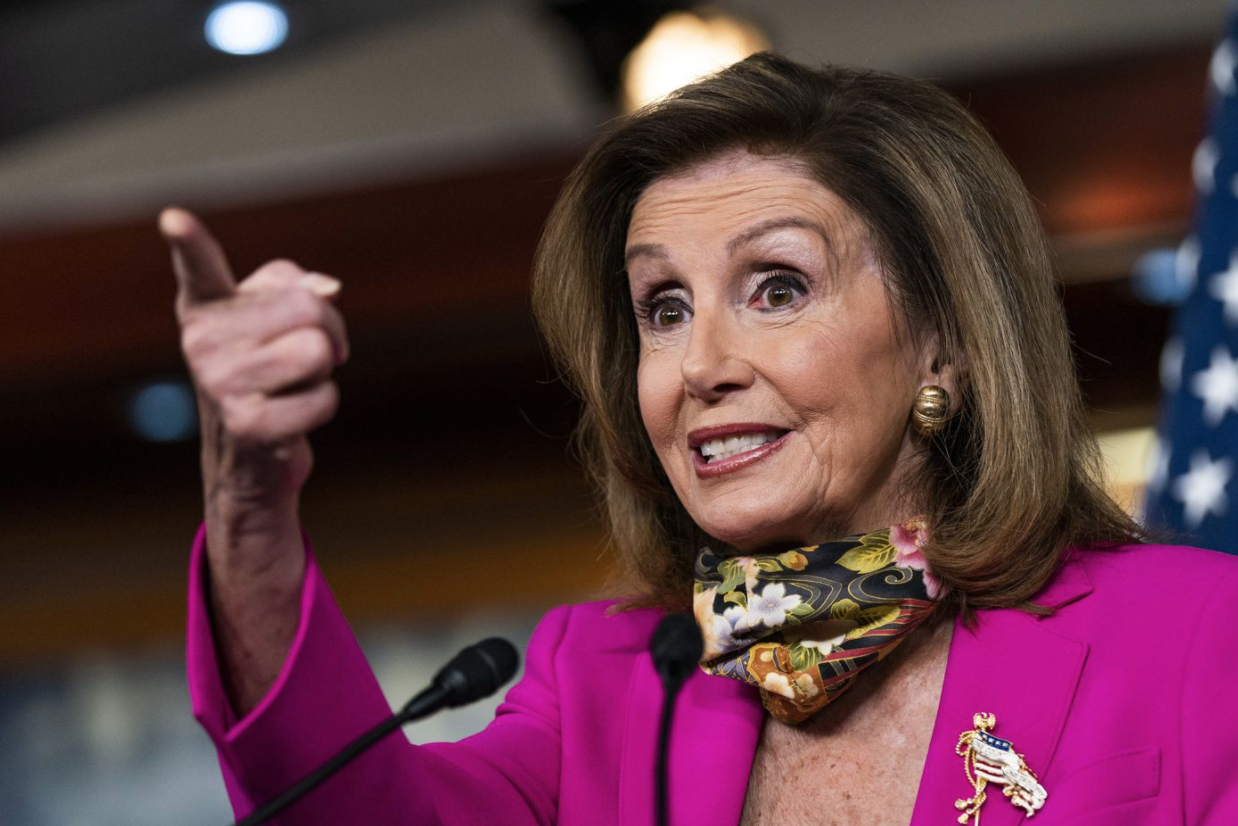 Nancy Pelosi finally gave up on the idea of using impeachment as a weapon against President Trump to prevent him from filling the vacant seat in the Supreme Court. “I don’t think he’s worth the trouble at this point, we have 40 days until the election,” Pelosi said. “It’s no use orchestrating one thing or another when what really matters in terms of the peaceful transfer of power is that people vote.”

Back on Sunday, Pelosi raised the possibility that they will be hitting the President with impeachment, saying that “we have arrows in our quiver.”

“This president has threatened to not even accept the results of the election with statements that he and his henchmen have made. Right now, our main goal—and I think Ruth Bader Ginsburg would want that to be to protect the integrity of the election—that we protect the American people from the coronavirus,” she said. Incidentally, that was also the interview during which Pelosi seemingly had a mental breakdown similar to what Joe Biden is exhibiting at an increasing rate. In the middle of the interview, instead of answering a question, Pelosi stopped and greeted the host again, like they were just starting.

In response to the threat that they would try to impeach the President yet again, House Minority Leader Kevin McCarthy (R-CA) said that he would introduce a motion meant to oust the speaker if she proceeds with impeachment. “I will make you this one promise, listening to the speaker on television this weekend, if she tries to move for an impeachment based upon the president following the Constitution, I think there will be a move on the floor to no longer have the question of her being Speaker. She may think she has a quiver—we do too,” McCarthy said. The threat seems to have been enough to scare Pelosi from executing her plan. The idea of her losing power seems to be too much for her to take that she relented and has dropped the plan. However, this does not mean that they will not try other things to stop the President from appointing someone.