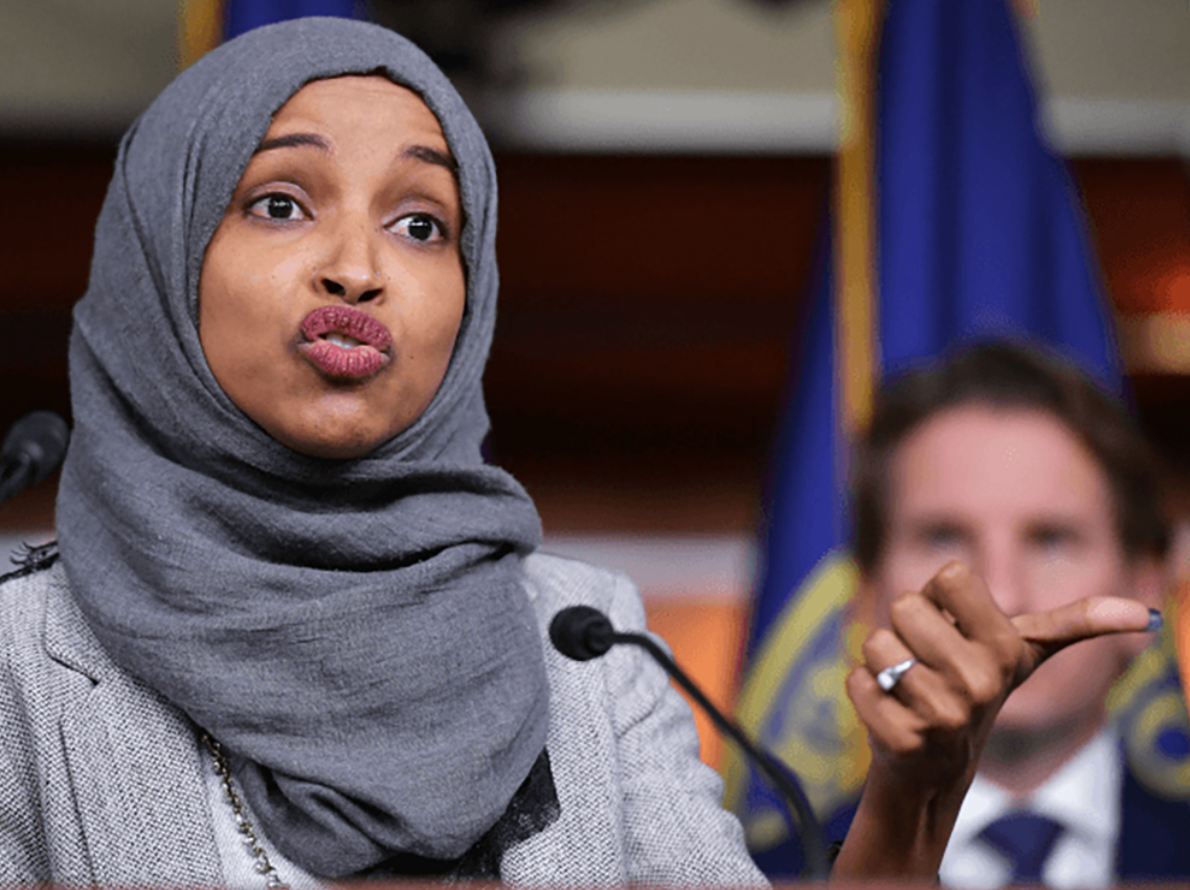 In a New York Times interview, Rep. Ilhan Omar accused her haters of being a racist, sexist individual who refuses to support immigration.

To promote her book, “This Is What America Looks Like: My Journey from Refugee to Congresswoman,” the controversial lawmaker lamented that she had to constantly deal with people who are “anti-Muslim, anti-immigrant, anti-blackness.”

The lawmaker cited a passage on her book in which she claims that her mere presence was enough to disrupt everything around her. “I am, by nature, a starter of fires,” Omar wrote. She continued that her job is to identify things that the country should burn down, as she used her gender and skin color to fuel that fire. The interviewer then asked, “Couldn’t that kind of language be interpreted as a form of demagoguery?”

The radical-left wing Democrat responded that her passage should be taken metaphorically. Omar went on to recount that she had constantly received comments from people who had told her that she had “agitated the space.” The lawmaker remarked that sometimes, she would choose not to show up, simply because her presence would only bring unwanted attention. She continued to say that people would often tell her that they were agitated by her skin color. She then lashed out against stereotypes, saying that people like her are expected to sit in the corner and refrain from participating, or even have the right to be heard. She also believed that none of the words she said would matter for these people because of their prejudice.

Originally, Omar was born in Somalia and had grown up in a refugee camp in Kenya. She then immigrated to the country in the 1990s to pursue her studies. However, reports revealed that the Federal Bureau of Investigations (FBI) had launched an investigation to look into the allegations that Omar had married her brother to obtain a green card visa.

In a report from The Blaze, the media outlet reported that federal officials are looking into charging the lawmaker with eight instances of perjury, immigration fraud, federal tax fraud, and bigamy.

Like other Democrats, Omar believed that the United States is fundamentally racist and built on the oppression of black communities. She cited that from slavery to the Jim Crow law, racism had constantly shaped America.

Her strong allegations against the administration did not just end there. Last year, Omar also declared that it is her role to remind the U.S. that they can also serve as “‘villain.” Responding to the administration’s foreign policy, Omar claimed that “We’re very comfortable being the hero in every story.” She added, “somebody reminds us we have been a villain.”

While Omar condemned racism, she had also issued numerous racist statements. In fact, the country of Israel expressed their fear against the lawmaker and her fellow squad member, Rashida Tlaib. In a report from Al Jazeera, Israel cited Omar’s plan to use her First Amendment rights to sever the international relations between the U.S. and Israel. The country then took further steps to bar the two Democrats from entering their country.