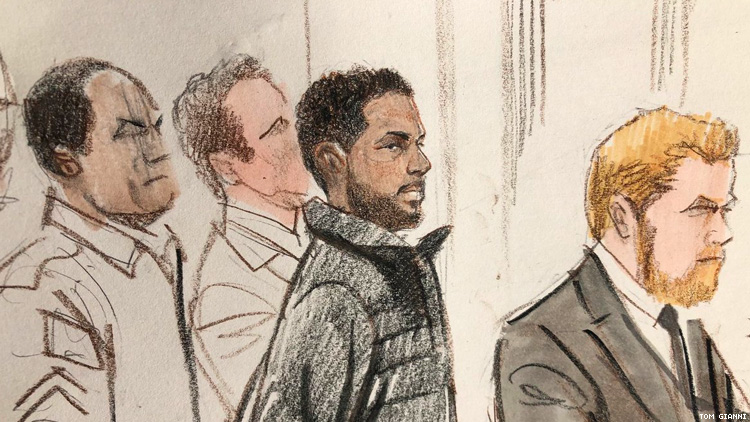 Former Empire actor Jussie Smollett denies that he organized a hate crime hoax which led to his disgrace. He made the denial during the first interview that he gave this year. The controversial incident since then turned him into a laughingstock. He insisted that he is innocent and that he really was the victim of a hate crime. He also added that the government officials are just out to get him.

Smollett spoke to Marc Lamont Hill through Instagram Live and he described the controversy which has ruined his life since January of 2019. “It’s been beyond frustrating because to be somebody that’s so outspoken…it’s been difficult to be so quiet,” Smollett said. “To not be able to say all of the things that you want to say, to not be able to yell from the rooftop.”

The actor has been indicted for filing a police report. He claimed that he was the victim of a hate crime. He claims that two white persons wearing MAGA hats attacked him. The story is hard to believe considering the circumstances and that raised some suspicions right away. But the leftists cited it as a sign that racism was still alive in America. His story soon began to unravel and it was soon suspected that Smollett masterminded the whole scheme because he was unhappy with the million-dollar-salary that he was getting as an actor. He was hoping that the controversy would generate hype for him that will increase his salary or at least get him better roles. He didn’t care if some innocent white person is wrongfully charged because of his idiotic plan.

Smollet continued to claim that he is innocent, saying that there are witnesses who have reported seeing white guys attacking him. He is trying to blame the officials, saying that he is being turned into an example. “They won’t let this go. It doesn’t matter. There is an example being made. And the sad thing is that there’s an example being made of someone that did not do what they’re being accused of,” Smollet said. “I would say, and again, I have to be careful what I say because I’m still in a court case, but at the same time, it’s out there. There were also two other witnesses that saw white men. That saw exactly what I say that I saw.”