Biden Claims That President Trump Has Placed Israel In Danger 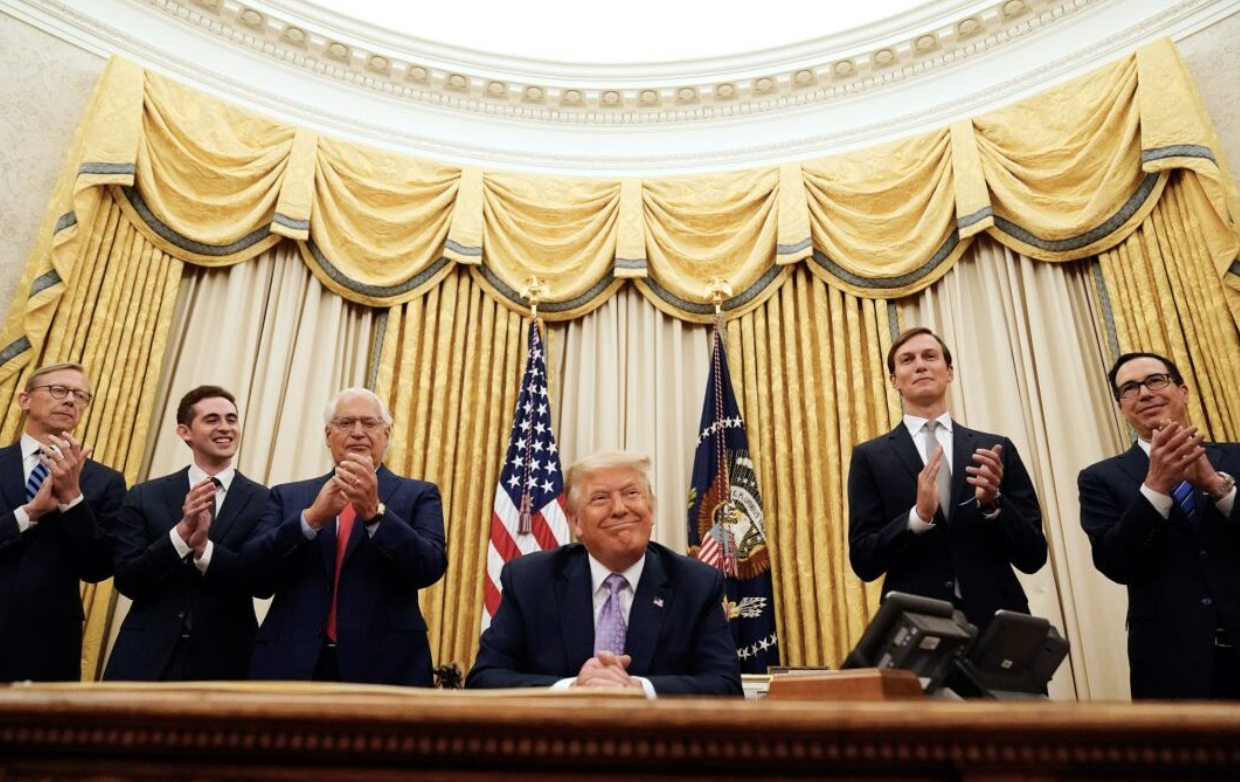 Joe Biden has accused President Donald Trump of endangering Israel even after an increasing number of Middle Eastern governments are agreeing to make peace deals with the Jewish state. He made the statement during a fundraiser held by J Street, which is a leftist organizer that is funded by George Soros, which is opposed to the Jewish state. The organization claims to be pro-peace but it is against the peace deals being promoted by President Trump.

“Trump has put Israel in danger by tearing up the Iran nuclear deal,” Biden said. He added that Trump “has undermined the stability of self-determination for the Palestinians, undercutting hope for a viable two-state solution any chance that he gets.” The Israeli government has argued that it was the Obama administration’s (of which Biden is part) deal with the Iranians that really endangered Israel.

Obama’s deal with Iran did slow down that country’s nuclear program but only for a while. It soon allowed Iran to develop ballistic missiles that are capable of delivering nuclear warheads. It took away the sanctions on Iran. Perhaps the most disturbing part of the deal is that it unfroze Iranian assets that amounted to billions of dollars while the Obama administration delivered billions of dollars in cash to the Iranian government. The Iran deal was also a major threat to the Arab states and that is one of the reasons why they decided to make deals with Israel.

The peace deal offered by President Trump means giving the Palestinians a state of their own. They would also be given $50 billion in investments for them to abandon terrorism. The Palestinians will also be required to recognize the state of Israel. The state of Israel has reached several historic agreements in the past few weeks. It has normalized relations with countries like the United Arab Emirates (UAE), Chad, and Kosovo. Saudi Arabia has also allowed Israeli aircraft to fly over its territory. The President also celebrated the Israeli-Bahrain agreement in the White House.

More agreements are expected to come, all of those endorsed or engineered by the Trump administration. If all the agreements go through as expected, then the lasting peace for the Middle East can be finally achieved.

Even though he has achieved so much, Trump is still being criticized by Joe Biden and the rest of the Democrats. They couldn’t just accept that Trump is doing some real good in the world.