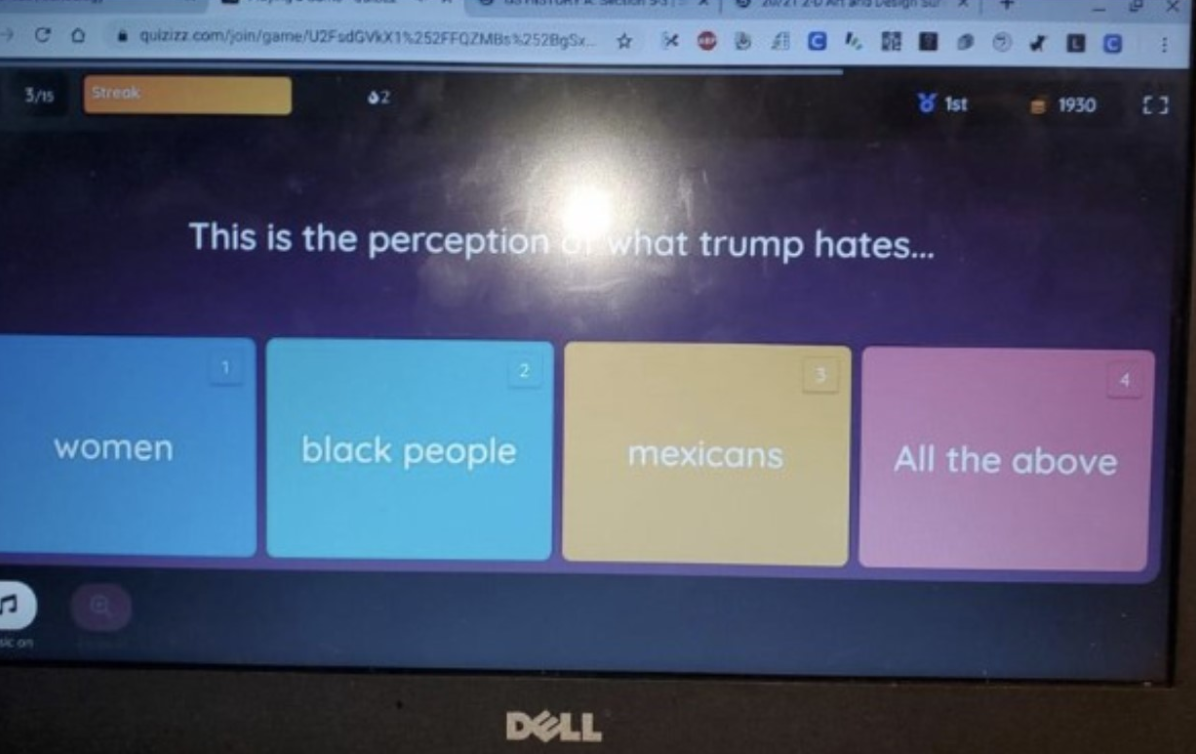 This week, a school district in Michigan gave out anti-Trump questions during a current events quiz. After receiving a massive backlash from parents, school officials claimed that the question was not prepared by teachers, but rather by using a third-party app.

Parents claimed that some of the questions in the quiz were inappropriate. In an image that was captured during the quiz, the question includes, “This is the perception of what Trump hates…” The choices were equally appalling, as students were made to choose between “women,” “Black people,” “Mexicans,” or “all of the above.” The answers seemed to suggest that the President was either a misogynist or a racist.

In a statement by Superintendent Carl Shultz from the Bedford Public Schools’ curriculum, he explained in a social media post that the questions were not prepared by their teachers and were made by an online app. He continued that the teacher rather used a “popular educational tool” and gave the quiz to students without verifying its content.

He also called the question both “inaccurate” and a form of “misinformation.” Schultz vowed that he schools would enforce stricter measures to ensure that such incidents would not be repeated. Moreover, he also gave his full commitment to providing the most accurate and relevant learning opportunities for students.

As schools shift from face to face discussions and into online learning, the said questions were taken from a teacher’s database and were distributed through digital learning tools that help teachers and students share educational materials. The integrity of such software is really valuable, given that educators have become reliant on digital software to teach.

In a statement from the district’s spokeswoman, she claimed that they were still unable to verify the source of the question. She claimed that the teacher used the quiz because she believed it was relevant to the subject and the upcoming 2020 general elections. The spokeswoman also added that she had not read the content of the quiz before she had distributed it to the class.

Other concerns are starting to emerge as a result of online learning. In fact, some students were being threatened with police presence for a completely innocent and unintentional mistake. In a Fox News report, a 17-year-old high school student was arrested after he attended in-person learning when he was actually scheduled for remote learning that day.

Maverick Stow had mistakenly thought that he was scheduled to attend in-person learning at the William Floyd High School in Mastic, NewYork. However, he paid a huge price for such a mistake as he was immediately taken in 7th Precinct in Shirley.

Another 12-year-old child, Isaiah Elliot, was suspended for five days and was threatened during a police visit after he had innocently flashed a neon “zombie hunter” toy gun during an online art class.