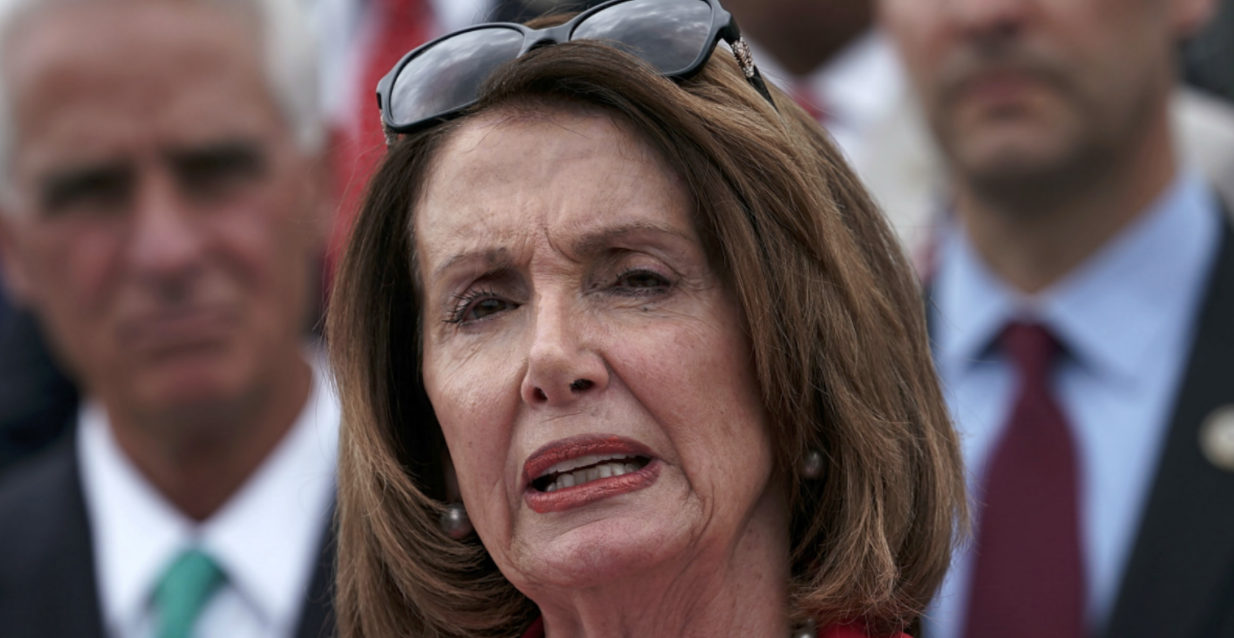 Controversial House Speaker Nancy Pelosi is accusing the Republicans of not believing in science. She made a claim during an interview for Bloomberg’s “Balance of Power.” She said that is the reason why Republicans have not agreed with the testing and the wearing of masks.

Pelosi made the sweeping accusation as a response to a question about the objection of Republicans to provide federal assistance to state and local governments for things that are unrelated to coronavirus response. “Well, first of all, I wouldn’t say those are reasons that they’re not doing it. I think those are excuses. Because they don’t believe in governance. They don’t believe in science,” Pelosi said.

“So, there is no—this money that we wanted [for] state and local government is for a very specific, coronavirus-centric purpose, to offset some of the expenses that have already — the outlays that have already been made to fight the virus, and meet the needs—the health needs, of people infected. And secondly, to talk about the loss of revenue because of the shutdowns around the country.”

As expected, the interviewer did not point out that Pelosi herself does not seem to believe in mask-wearing or isolation. She was caught having her hair done in a salon while everyone else was restricted to outdoor service. She was also seen on video, not wearing a mask while getting her hair done. That’s typical of the leftist hypocrisy today. She is preaching one thing and practicing another.

Many of the cities and the states with very strict restrictions on businesses and the movement of people are run by Democrats. They are willing to have ordinary residents suffer because of the lockdowns they want to impose while exempt. Pelosi is not the only Democrat who has been exposed because of her hypocritical attitude towards the coronavirus restrictions.