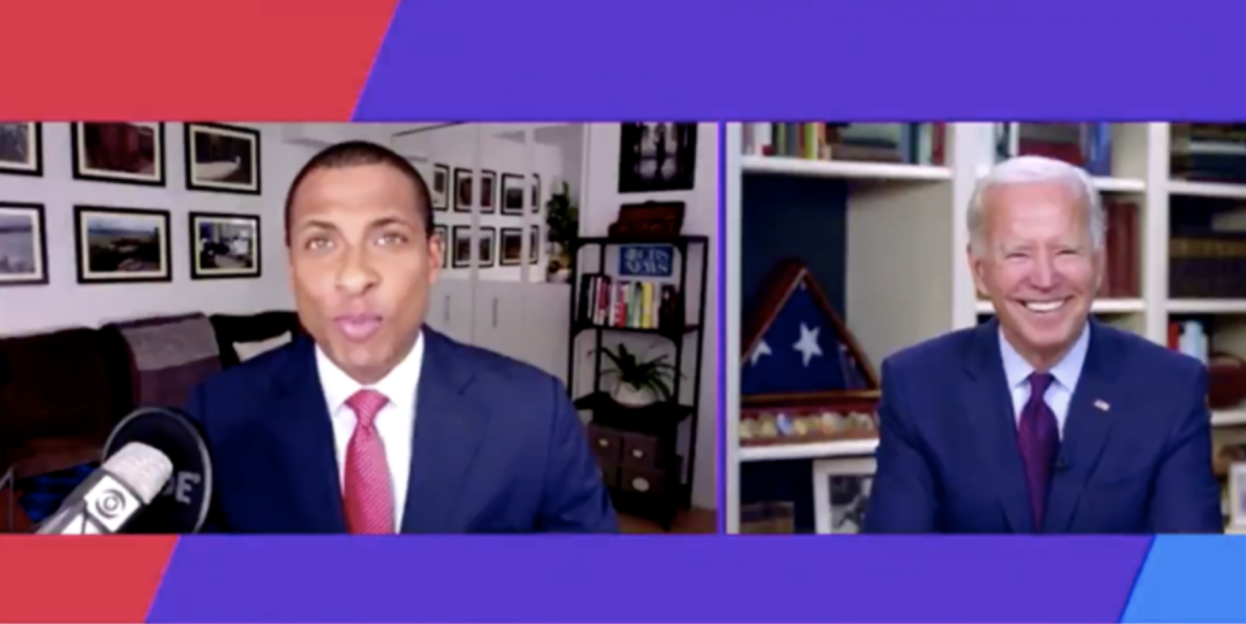 The Biden campaign is not apologizing for their candidate’s boorish behavior during an interview. Instead, they are doubling down and shifting the blame to the reporter. Biden made an appearance for the National Association of Black Journalists. During his appearance, reporter Errol Barnett asked him if he had taken a cognitive test. This seems to trigger Biden who asked, “No, I haven’t taken a test! Why the hell would I take a test? C’mon, man!” Biden said.

He then attacked Barnett, “That’s like saying you, before you got in this program if you take a test where you’re taking cocaine or not, what do you think? Huh? Are you a junkie?” Barnett remained calm and just asked him about the test. Biden responded by saying that the reporter was trying to goad him. He then went to say that he was “forward-looking to have an opportunity to sit with the president—or stand with the president—in debates.”

“I am very willing to let the American people judge my physical, mental fil–my physical as well as my mental fil–fitness,” he tried to explain but he botched his attempt. He had a hard time saying “mental fitness”. It was a very poor performance even for Biden who has been known for making gaffes. He was seen as attacking Barnett and his outburst may even have some tinge of racism to it.

Instead of apologizing for what had happened, Biden’s campaign tried to pass the blame to the journalist. An unnamed official in the Biden campaign was supposed to have said that “It was a preposterous question deserving of a response that showed the absurdity of it all.” It seems that the official was trying to justify Biden calling the journalist a junkie. Something that was totally uncalled for.

If it was the President who called a reporter a junkie, the media would have picked it up immediately and raised it as proof of his racism. But when it comes to the former vice president, he is given a free pass. He can say the most outrageous things and the media would still not attack him. This latest gaffe was barely covered by the mainstream media and so many voters are not made of it.