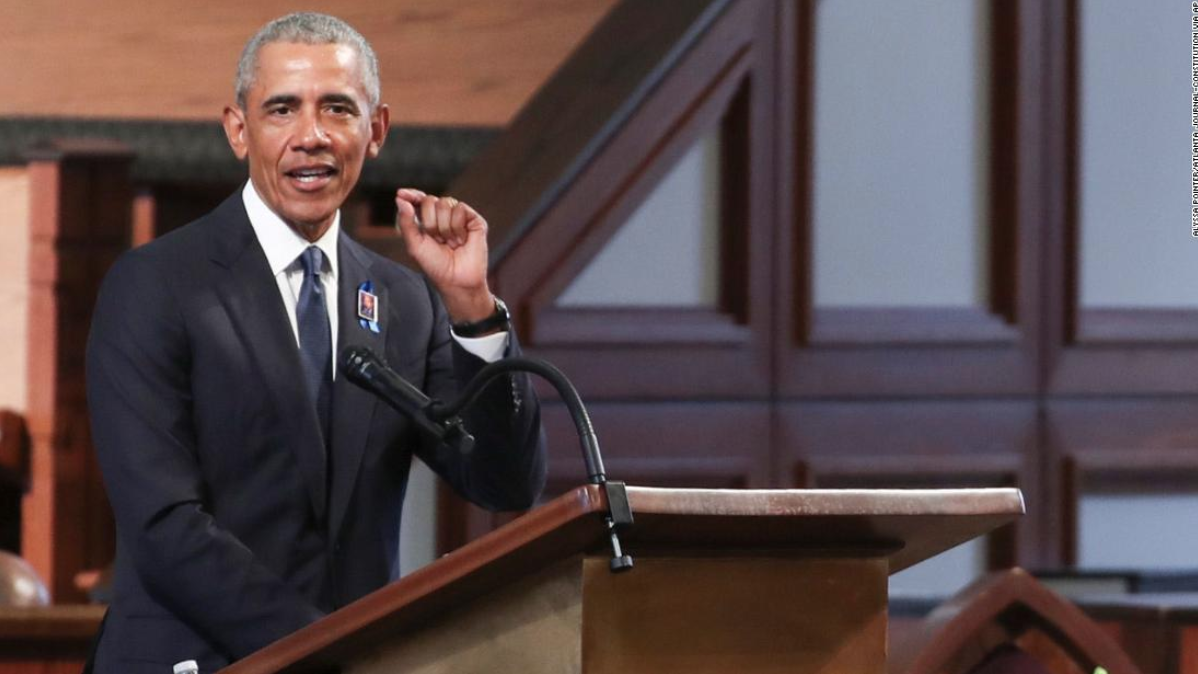 During his speech, Obama likened the President to segregationist Alabama Governor George Wallace over his decision to send federal officers in Portland to quell what has now become more than 60 days of violence and unrest. In his 40 minute speech, Obama said “George Wallace may be gone, but we can witness our federal government sending agents to use tear gas and batons against peaceful demonstrators.” Wallace was a four-time Alabama Governor and Democrat who had advocated to pass the Jim Crow laws.

Moreover, Obama used the opportunity to encourage the audience to vote. He claimed that the Republican Party had followed voting restrictions from the Jim Crow-era, such as passing a state voter ID. He went on to claim that if Congress wanted to honor Lewis, then they should pass a new version of the Voting Rights Act of 1995.

For years, the Democrats have pushed to invalidate the act, saying that it was already outdated. In his speech, Obama also encouraged lawmakers to have a more lax voting measure by allowing automatic voter registration, as well as granting voting rights to ex-convicts. He concluded that “And if all this takes is ending the filibuster, another Jim Crow relic, in order to secure the God-given rights of every American, then that’s what we should do.”

This week, President Donald Trump expressed his growing concern over a nationwide vote-by-mail system, a move that would leave the ballots susceptible to fraud. To prove that voter fraud continued to persist in the nation’s electoral system, Fox News reports that on Thursday, four men were charged for soliciting hundreds of false identities and forged signatures on state ballot petitions as well as voter registration forms in downtown Los Angeles. For a meager $1 and cigarettes, the group asked homeless people to participate in the 2016 to 2018 election cycles.