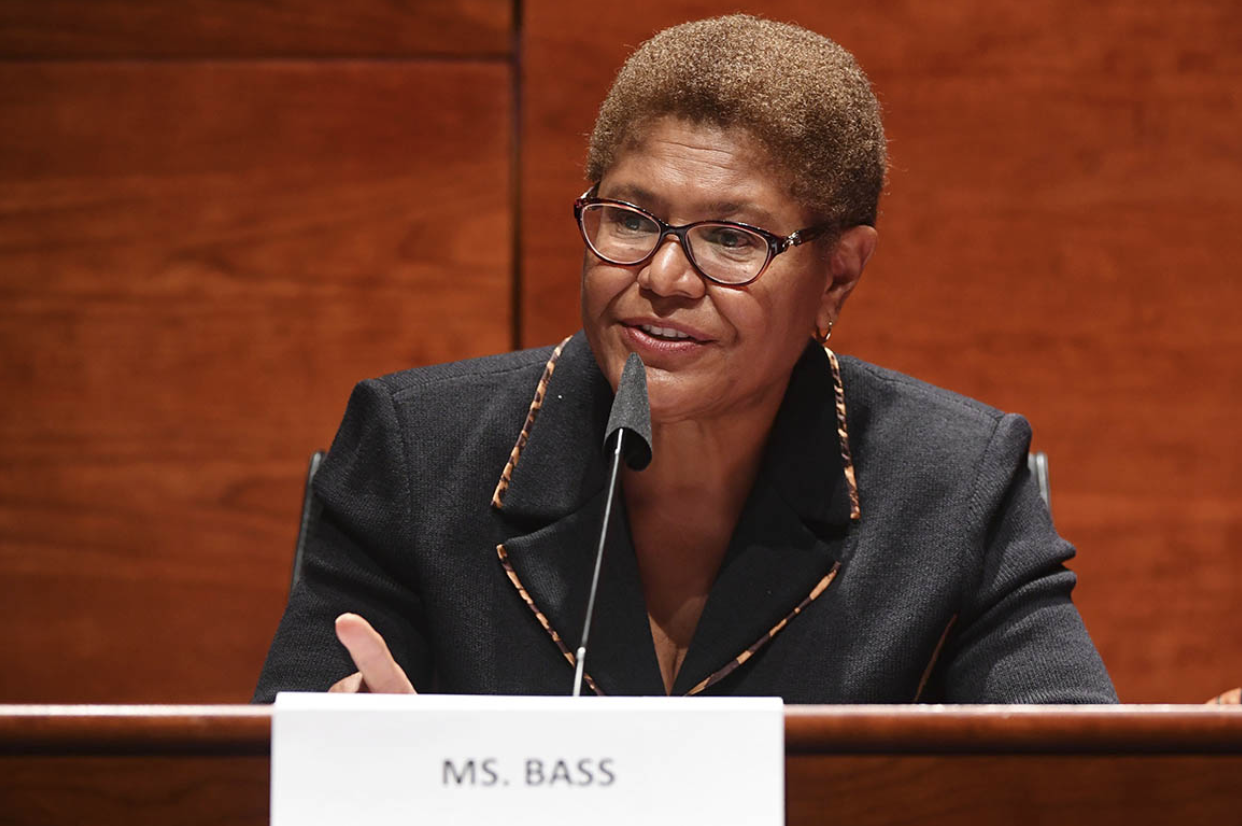 Joe Biden is set to pick his vice president next week, and although there are a lot of names being mentioned as contenders, all of them are problematic. One of the latest names to be mentioned as a possible choice is that of Rep. Karen Bass who is also the Congressional Black Caucus Chair. Biden has already promised that he would be picking a woman for his VP but there are those who are urging him to choose a woman of color too just so people on the far left can be pleased.

Allegedly, Bass has become the favorite of Sen. Chris Dodd who is on Biden’s vice presidential search committee. Reportedly, Dodd is urging Biden to choose Bass because she’s loyal and willing to play second fiddle, which is what Biden wants. Bass is also a healthcare professional and community organizer. That gives her a solid working experience, especially now that the pandemic is causing a lot of damage in the country. It was in 2010 that Bass was elected into the House of Representatives. Her voting reflects her socialist influence, which is unsurprising because that is the way that most of the Democratic Party has been going. But closer scrutiny into Bass’career reveals something more troubling. Her influences are not just socialists but communists.

When Castro died in 2016, Bass praised him as “Comandante en Jefe” or commander in chief. She got in trouble for that remake but she never took it back nor did she apologize. She has also praised other hardcore communists. She also worked for the Venceramos Brigade which is a communist front group. The organization organized trips to Cuba for volunteers to work and help the locals. But the real reason for the trip is to meet with other communists around the world to plan on how to strike against the United States.

Choosing her as his VP would be disastrous for Biden but his other choices are not that good either. Kamala Harris’ record is problematic as shown during the debates for the Democratic nomination. Warren is no longer being considered because she’s not a woman of color even if she claimed to be a Native American for most of her life. Then there is Stacey Abrams who is so desperate to become VP that she is even campaigning for it. There are also rumors that Biden is considering Hillary Clinton, which would make her one step closer to her dream of becoming president.