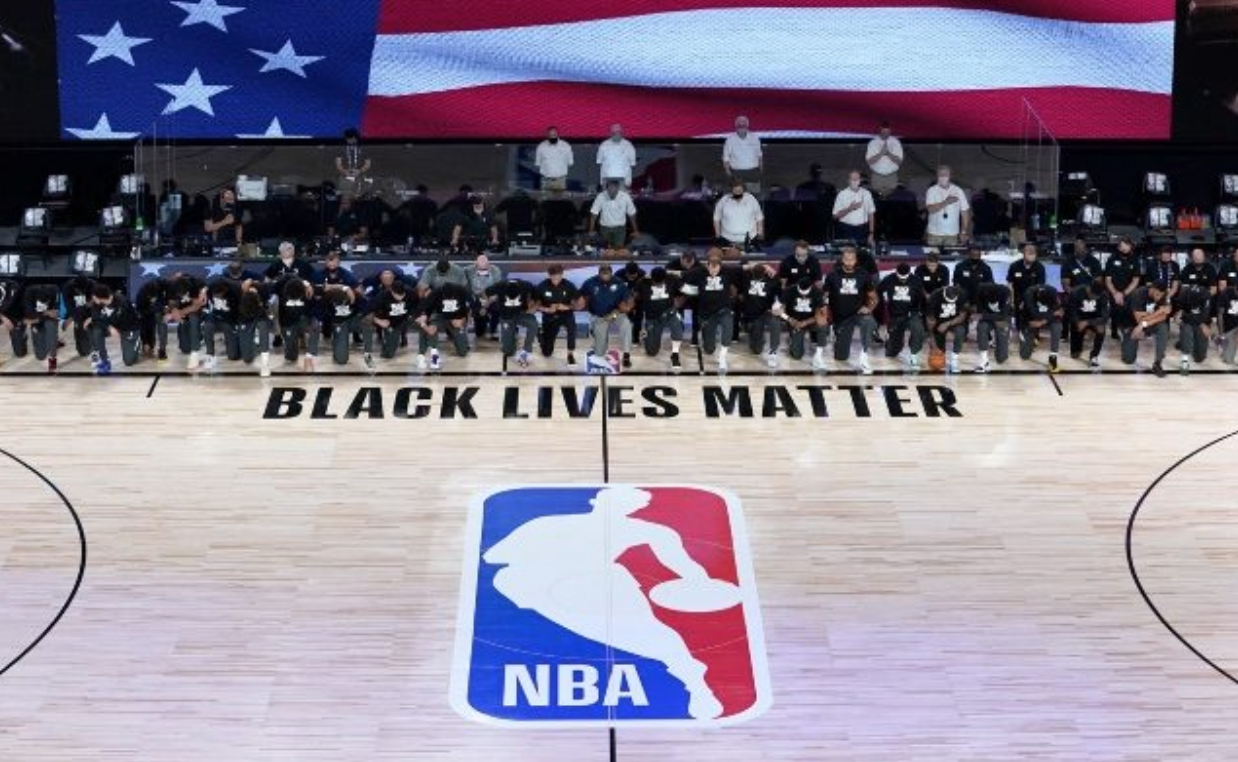 The National Basketball Association (NBA) threatened that they would be delivering some social justice message once they return and it seems that the league is serious about delivering on that promise. On Thursday night, all the players and the coaches of the two teams playing against each other, Jazz and Pelicans, took a knee during the national anthem. As if that wasn’t woke enough, all of the players on both teams wore Black Lives Matter shirts.

As if to emphasize that the taking-a-knee was not the individual actions of the players and the coaches, the league shared the “protest” from their official Twitter account. The players also had messages on their uniforms where their names are normally placed. The messages included “Freedom” and “Equality.” The league also had Black Lives Matter written on the court just right above the logo of the NBA.

All the major professional sports leagues have bowed down to the demands of the social justice warriors. Major League Baseball, which has always stayed away from politicizing, is now holding protests at the start of each game since it opened. The NFL is also set to follow the example of the NBA.

Others have pointed out the problematic situation of the NBA. The league and the players had refused to condemn the actions of the communist regime in China against the democratic protesters in Hongkong because of the investments that they have made in China. After all, China is the leading market of the NBA outside of the United States. So, they are willing to condemn America and Americans for being racists and all but they will not condemn an actual dictatorship.

It is that kind of hypocrisy that is driving away fans from the leagues. Sports fans love watching their favorite teams and athletes as a form of distraction. If the players would keep on reminding of stuff that’s happening around the world instead of just focusing on doing their jobs, which is to entertain people through their athletic process, then pretty soon they can expect fans to stay away from them.

Professional athletes, like actors, are starting to act up as they know better than the rest of America. They would not have accepted any single player or coach who would have refused to take a knee because of his beliefs. It’s wrong to think that way in their view so that players would be attacked.