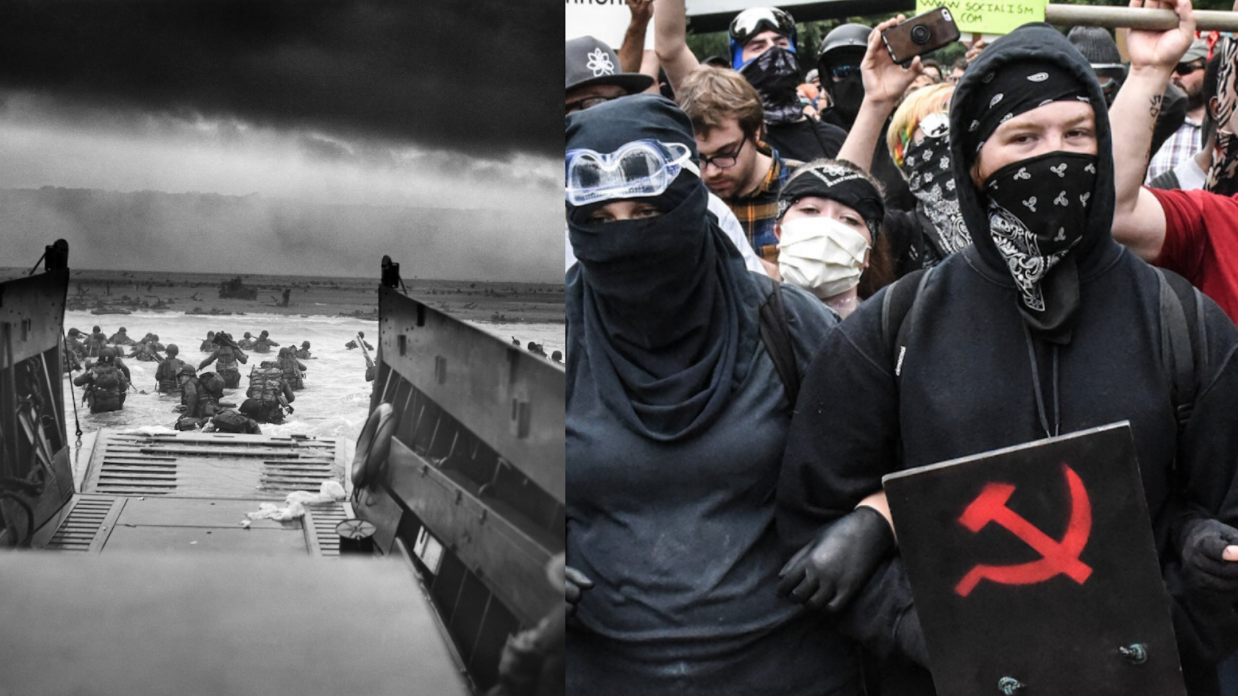 Several journalists claimed on Twitter that the rioting and the lootings that are happening right now in many American cities are just like the Normandy landings which happened in France during World War II. The comparisons came out, as the country is celebrating the 76th anniversary of the D-Day Landings which marked the campaign to retake continental Europe from Nazi Germany.

Mara Liasson of National Public Radio shared a tweet that depicted a map where the Allied forces landed in Europe and she added a caption that says, “Biggest antifa rally in history.”

Paul Farhi of the Washington Post tweeted, “Friend points out on D-Day anniversary that the men who stormed the beaches of Normandy were the true and original antifa.”

Friend points out on D-Day anniversary that the men who stormed the beaches of Normandy were the true and original antifa.

There were other journalists who expressed the same thoughts on Twitter. They have compared the rioting and looting Antifa thugs who are pretending to be outraged over the death of George Floyd to the young men who stormed the beaches of Nazi-held France to do combat against Hitler’s veteran soldiers.

While there were those who agreed with the sentiments of the tweets, a lot of people were outraged by the comparisons. Many of them have fathers and grandfathers who fought during World War II and they expressed outrage that their brave relatives who sacrificed a lot will be compared with Antifa rioters.

Antifa members are openly socialists and even communists. They proudly wear the hammer and sickle sign. Many of them are also calling for violence against the police and to have the police defunded. They are the ones instigating the riots in the streets of cities and are openly attacking businesses which are for the most part owned by ordinary people who are dependent on them for their livelihood. The Antifa thugs are openly calling for revolution and to change the American way.

Many of these activists don’t realize that their ideology calls for absolute state control on everything and the abolition of private property, which is exactly the same as Fascism. They are just using the name Fascist to label anyone or anything that does not agree with their ideology. Hopefully, most Americans disagree that Antifa is on the same level as the heroes of the Greatest Generation, the young men who stormed the beaches of Normandy to fight for freedom and the American way of life which the communist thugs are trying to destroy now.