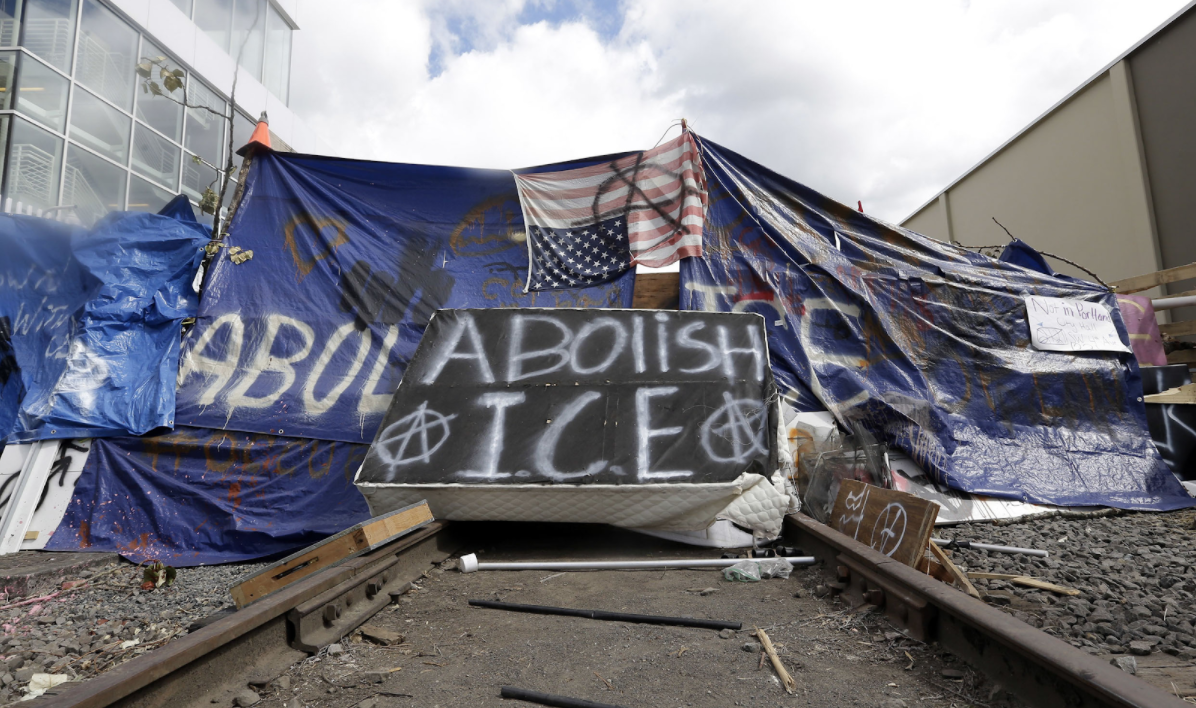 According to law enforcement authorities, a crowd of 150 rioters stormed an ICE building. The officers claimed that the radical left-wing protesters hurled rocks and eggs, while others vandalized the facility. In a statement by Sgt. Kevin Allen, he confirmed the recent attack as well as the damages to the federal immigration building. Allen claimed that the rioters carried pepper ball guns, shields, fireworks, rocks, and even electronic weapons resembling a stun gun.

Allen also assured that the police are closely monitoring the situation, although he advised that local residents may experience traffic within the area. In a social media post, the Portland Police Bureau warned, “Anyone who is involved in criminal behavior including vandalism and graffiti is subject to arrest or citation.”

Criminal conduct may subject you to the use of force, including, but not limited to, crowd control agents and impact weapons. Stop damaging the ICE facility.

That same day, Antifa also destroyed a local Democratic Party headquarters. When the crowd started to disperse, the police began making targeted arrests. The rioters even attempted to remove an officer from a bicycle.

Portland: Police make a few arrests of #antifa after they destroyed the Democratic Party of Oregon headquarters. #PortlandRiots pic.twitter.com/3SdbHx4mAP

Overall, eight adults were arrested in connection to the incident.

To make matters worse, cities across the U.S. have also experienced violent attacks from left-wing protesters during Inauguration day. In the city of Seattle, rioters destroyed cars and property in their call to “Abolish ICE.” Moreover, in the city of Denver, Colorado, protesters also burned American flags as rioters chanted anti-Biden slogans.

Portland: #Antifa try to steal an officer’s bicycle after he confiscated a knife from one of them. #PortlandRiots pic.twitter.com/GszVPPJoMr

The call to abolish the ICE facility came after a caravan of 10,000 Honduran migrants left Guatemala on their way to the United States in hopes of seeking asylum with the new administration’s lax immigration policy. To stop the exodus of migrants from coming to the U.S., Biden plans to grant U.S. citizenship to illegal migrants who can prove that they are in the United States on January 1.

The move was a part of Biden’s promise to overturn former President DonaldTrump’s key immigration policies. With the proposed legislation, the administration is set to introduce a bill that would run for hundreds of pages long and ultimately outlines an eight-year citizenship path for migrants.